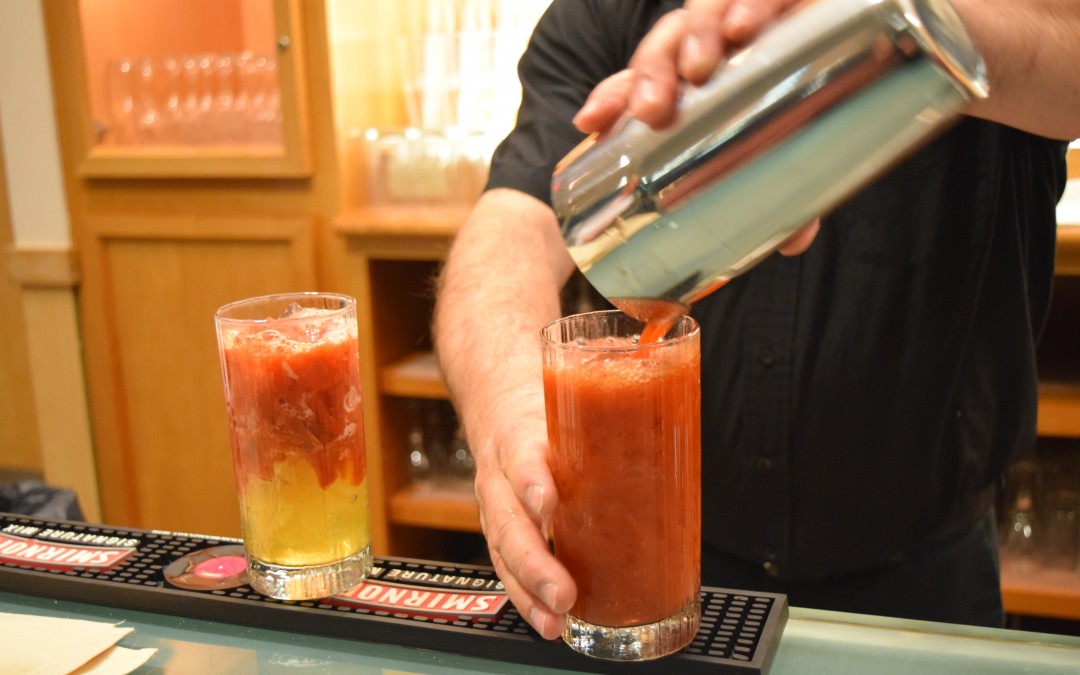 Friday evening I attended the first in a series of beer dinners at the Cape May-Lewes Ferry Terminal. There are 8 dinners in all this winter and they alternate between the Cape May, NJ terminal and Lewes, DE terminal featuring New Jersey and Deleware craft beers.

The space used on the Cape May side is perfect as it overlooks the channel where the ferry come in. As daylight gets longer it will be beautiful watching the sunset as you learn about the craft beer. 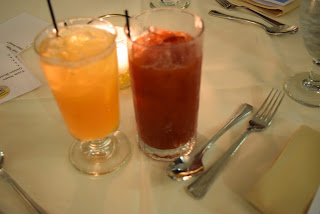 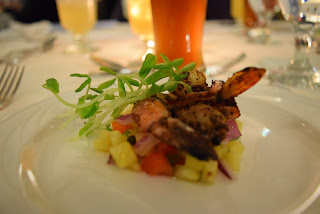 The Maui Wowie beer is a pineapple Belgian Brown Ale brewed for the new year.  It does make you want to think you are in Hawaii.  It was paired with Grilled Jerked Shrimp with Pinapple Peppercorn Salsa  The beer did have a hint of sweetness to it and it complimented the spice in the shrimp.  A very nice pairing. 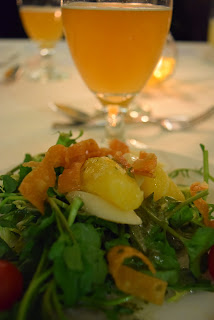 Next course was the Hearts of Palm salad with Oranges in a Cilantro Vinaigrette paired with the Shoobie Belgian Blond Ale.  Shoobies are defined by city folks who traveled to the beach by train in the late 1800’s.  Their ticket included a shoe box lunch, hence the term Shoobie.  This beer had a touch of bitterness on the finish.  It paired very well with the salad as the citrus notes of the salad complimented the beer. 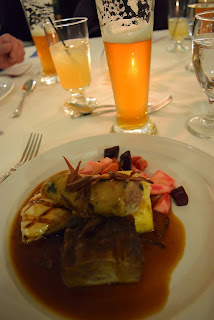 The main entree was off as I thought we would have a choice but it all came out on one plate.  We had Boneless Beef Short Rib, Broccoli Rabe Sausage, Chicken Breast, Roasted Root Veggies and Grilled Polenta.  We got a little of everything here paired with Mootzy’s Treasure IPA.

This beer is named after Richard “Mootzy” Mootz who is a native of Sussex County, Delaware.  He was one of the “Monument Men” that recovered the stolen treasures after WWII.  That was a great movie if you haven’t seen it.  Crooked Hammock honors and celebrates Mootzy with their flagship IPA. It is a nice beer, bitter and hoppy.  It paired well with all on the dinner plate. 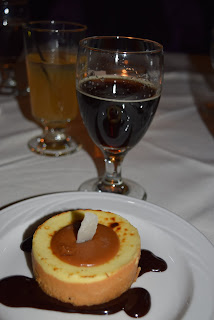 Now my favorite…dessert!  The more I’m drinking Stout the more I am liking it!  Haulin’ Oats Milk Stout was paired with Salted Caramel Cheese Cake.  Yum on all accounts!.  The beer is named after Chris’s favorite music artist whom he toured with on summer in college, Hall & Oats.

The beer had a sweetness and creaminess to it, and it was light in weight.  It had aromas of caramel and cocoa which paired very well with the cheese cake.

Overall the dinner was very good.  They kept us entertained with four rounds of trivia.  However, I would have liked to see the people from Crooked Hammock speak about their beer and the Chef talk about why he chose the dishes he prepared to pair with the beer.  The dinner wasn’t suppose to be all about Kevin the Terminal Manager and trivia. There was plenty of time for both.