What the California Rains Mean to the Vineyards 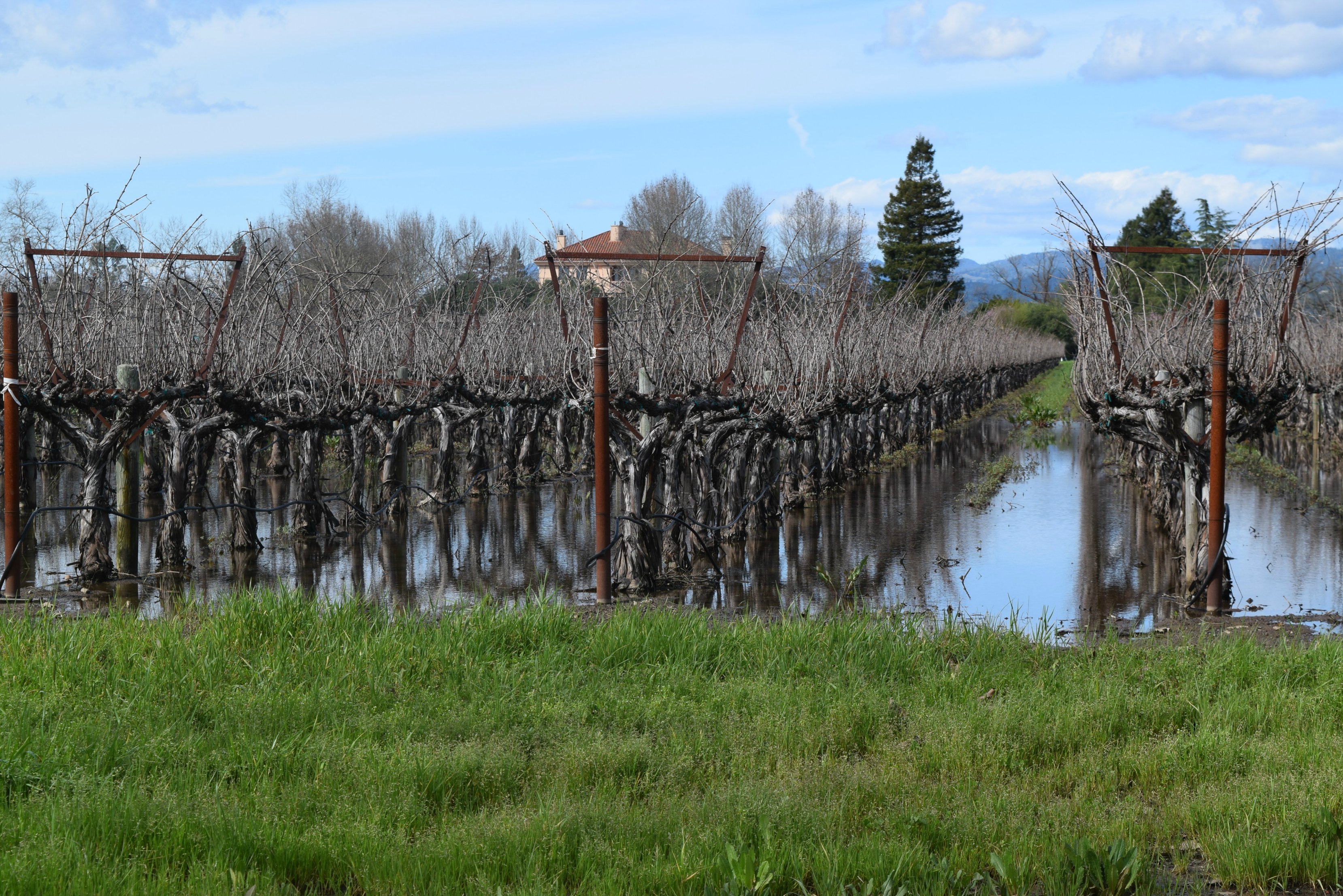 This has been a challenging winter in California. It seems it’s either feast of famine when it comes to rain. I’ve been visiting California yearly for 37 years and I must say I have never seen it so green.

Before my trip out I was watching the weather reports of all the flooding in the Napa area and really all over California. I was more concerned about Napa because I was going out to visit. Friends were posting about road closures and pictures of them wading through knee deep water just to leave work at the winery.

My concerns were not just for my upcoming trip, but for the vines. What does all this rain mean for the vines? I know if it was during harvest it would be devastating to the grapes but it’s February and the vines are sleeping just getting ready to awaken.

When I was at my first winery appointment at Bell Cellars and as we drove down to the winery, we passed Hopper Creak and there vines were clearly sitting in water for a while. I asked Colleen what all this rain means for the 2017 season.

Right now she said, nothing now because they are dormant. However, if they are water logged, like at Hopper Creek that can lead to bunch rot and mildew. If there is to much water it will clog the roots and they can’t get enough oxygen up into the vine and this will cause problems with the root rotting.

So for the most part as long as it begins to dry out now, there shouldn’t be a problem with the vines.