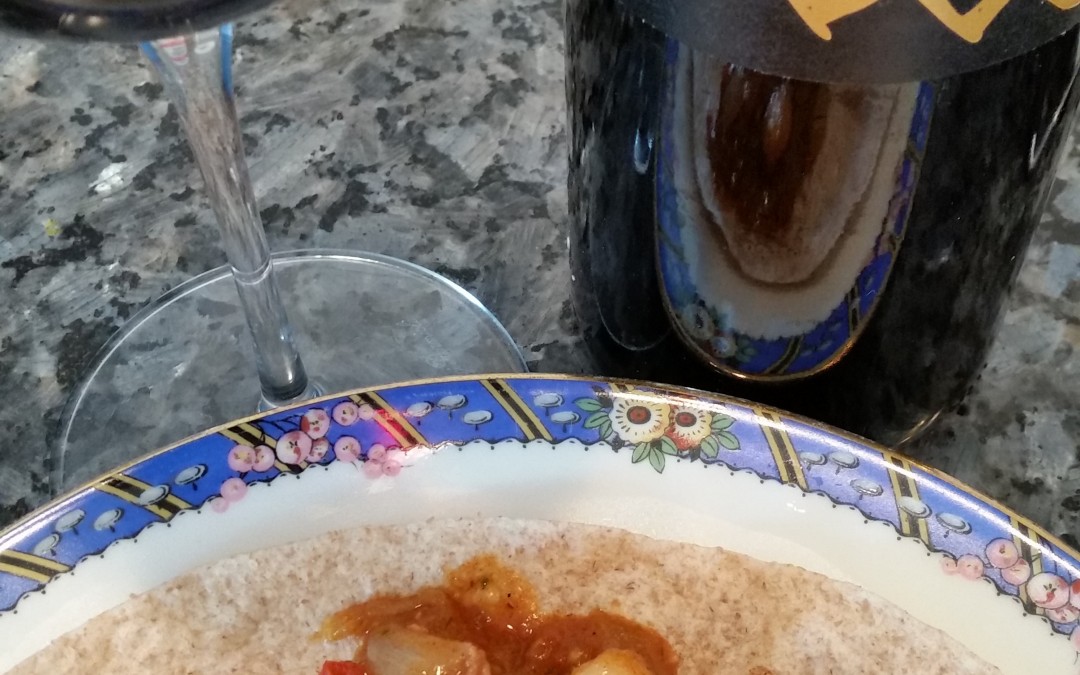 A few weeks ago I did a post on Aurelio Montes and Montes Wines of Chile and was blown away by the quality of the wine.  Well, Aurelio happen to make a visit to Mendoza, Argentina and fell in love with the people, terrior and viticulture in the country.

What happens when you fall in love with another wine region, you open a winery and that is what he did in 2002, Kaiken was born.  Now he showcases the best wines of both sides of the Andes.

I have always liked the wines of Argentina.Tasting the 2015 Kaiken Terrior Series Torrentes and the 2012 Ultra Malbec I can say I was just as blown away as I was with the Chilean wines.  Exceptional quality and expression of terrior.

Speaking of terrior, a conversation was had on trying to think of wine, not as the varietals but in terms of regions and terrior.  I think this is very valid.  Think about it, the reason you like a Malbec from Argentina better than a Malbec from France(Cahors) is because of the region, growing season and the terrior (the soil in which it’s grown in and weather). 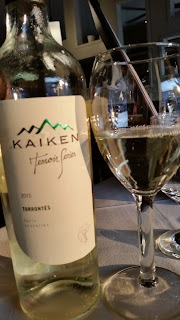 Before I go into the two wines from Kaiken, I want to propose to you, the next bottle of wine you drink, take note on where it is from and what attracts you to it (not the label, but taste).  Do a little research about the terrior, where the grapes are grown, the soil it’s grown in, and you will begin understand a little bit more of what you really like in a wine and what attracts you to what is in the bottle.

Now for the review of the two Kaiken wines.  The first wine, Kaiken Terrior Series Torrontes 2015 went on a little field trip with Paul and me.  We dressed the bottle up in a nice wine tote and took it to Jay’s on Third in Stone Harbor, NJ for dinner.

The grapes for the Torrontes were grown in the Cafayate Valley in the Salta region of Argentina. It’s a cooler climate and allows for the grapes to develop good acidity.  The soil is sandy loam with round stones and brings a freshness to the wine 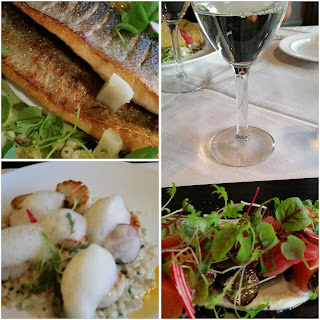 The glass was filled with complex aromas of jasmine some orange zest, macintosh apple and floral notes.  Once in the mouth, beautiful!  Nice acidity, some stone fruit, some pineapple and a slight hint of lime zest.

Back at home the next day we opened the Kaiken Ultra 2012 Malbec. When I think of Malbec I think of burgers or ribs.  I wasn’t cooking that night and Paul made shrimp tacos and added the Malbec to the sauce.  I was quite surprised how well the pairing went. 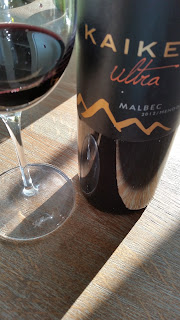 The Malbec was lovely.  It had aromas of coffee, dark berry, cedar, plum and blueberry.  As the wine opened the coffee aroma turned to mocha. The palate is soft with nice tannins and acidity.  Flavors of plum, dark fruit, vanilla and a soft black pepper spice fill you mouth.  As the wine begins to open the plum becomes juicy ripe, hints of boysenberry and leather.