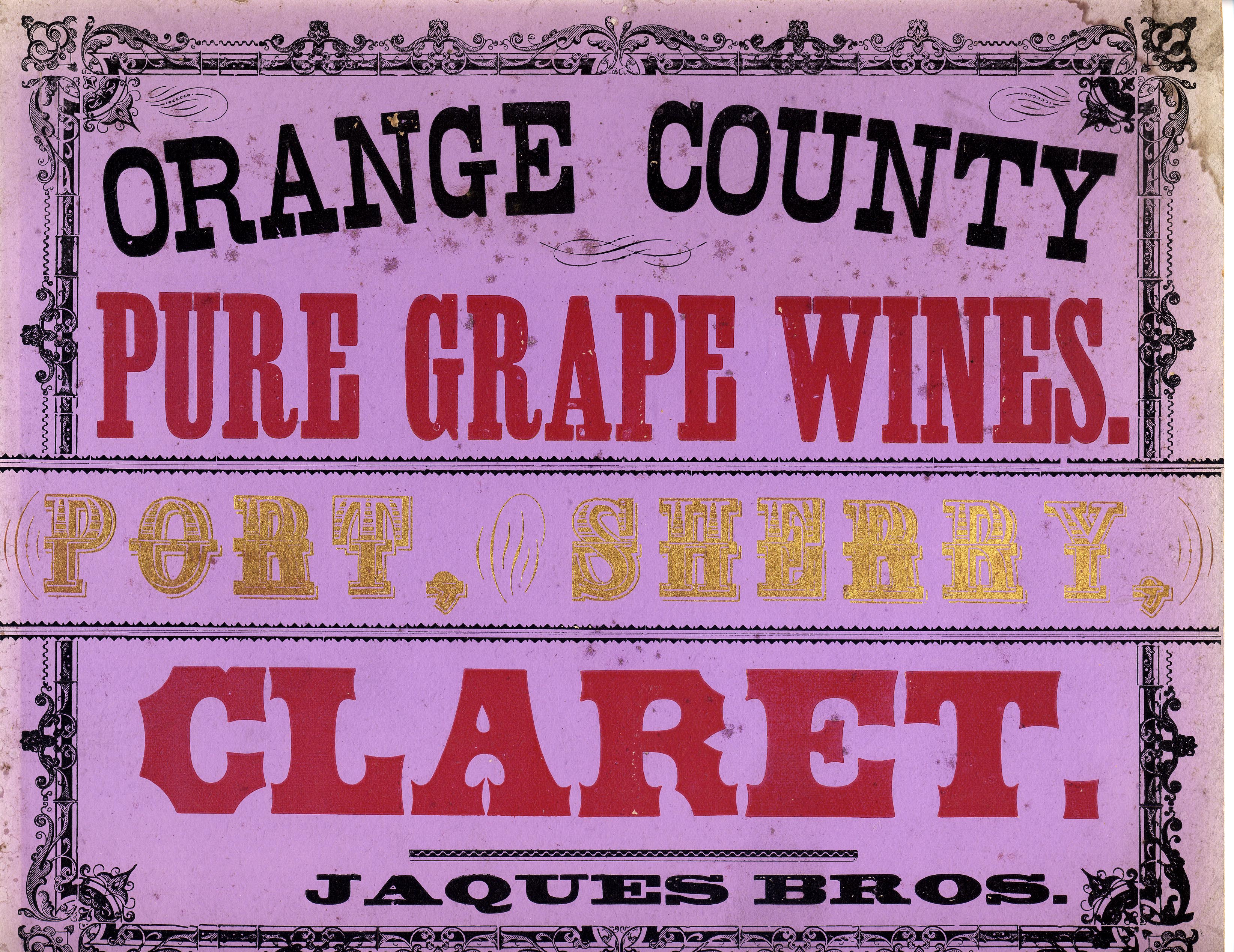 The first commercial winery in the Hudson Valley, Jacques Brothers Winery, was established in 1837 for the production of altar wines. Renamed Brotherhood in 1885, the Washingtonville winery is the nation’s oldest continuously operated winery. 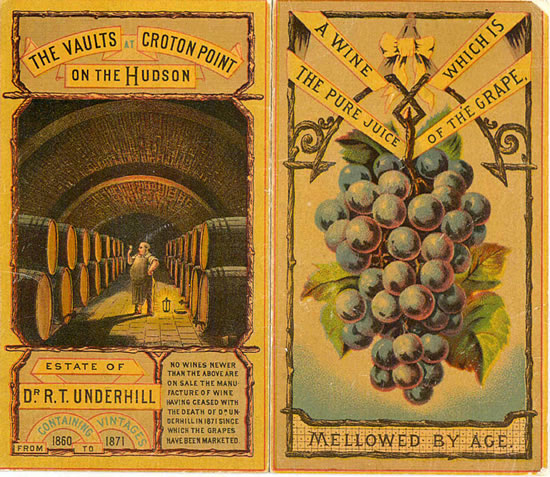 In 1804 Croton Point was purchased by a Quaker gentleman named Robert Underhill  along with his brothers Joshua and Abraham, they operated a grist mill on the Croton River and began to cultivate vineyards on the southern slopes of the point.   After the death of Robert his two sons Dr Richard and William divided the property. Although a trained doctor Dr. Richard gave up his practice in NYC and became one of the leading agriculturalists in the country and the producer of Croton Point Wine.   Dr. Underhill carried on numerous agricultural experiments and at one point developed a yellowish green grape which came to be known as the Croton Grape. In spite of the high quality of the fruit and its valued flavor for wine it did not become a popular grape because the vine was difficult to grow except in a certain type of sandy soil. The fruit was first exhibited by Stephen Underhill, nephew of Dr. Richard, in 1868.   They did establish a winery in 1850, which was the region’s second winery. By 1873 the vineyards had fallen into decline as the family turned its interest to the local brick industry.  The wines remaining in the vaults were sold to Thurber & Co. of New York.  Although there is no longer a winery there, the subterranean brick caves built by the founders to store and age their wines are still in existence.  The area, in the village of Croton-on-Hudson, is now a Westchester County park.

The third winery, also named Brotherhood, operated in Amenia in Dutchess County from 1860-1867, when it moved out of the region.

High Tor Vineyards, which operated on a scenic mountain site in Rockland County back in 1949, was one of the east’s most prominent wineries. Its owner, Everett Crosby, tried to get New York to change its laws and do away with the expensive $1,000-per-year licensing fee. He was unsuccessful and he sold his vineyards in the early 70’s.

In the 1970s, New York Governor Hugh Carey appointed John Dyson as state Commissioner of Agriculture.
A wine enthusiast himself (he currently owns Millbrook Vineyards in Dutchess County), Dyson formed a
task force that drew up the Farm Winery Bill. With testimony from Benmarl Vineyards owner Mark Miller
and support from many other vintners and organizations, the bill was passed in 1976, paving the way for
rapid growth of the Hudson Valley wine industry. Annual fees were dropped to $125, making the endeavor
easier to afford for the smaller wine-makers.

Today the Hudson River Region, given this name in 1982 by the Bureau of Alcohol, Tobacco and Firearms,
has more than 25 operating wineries.