I met Ron on #winechat and was intrigued by his knowledge of wine and cigar pairings. A blog post can only touch the surface and I thought he would be a great guest for Uncork Your Mind.
For this podcast #9 I called down Ron Barker of Cigar Volante and The Virginia Wine and Cigar Trail.
A parting gift from his day job lead Ron to his next stage in life.  While he had 5 years to bridge that gap he thought if he could do the three things he liked best in this next stage and turn it into a job he’d be set.  The three things being drinking wine, smoking cigars and riding his motorcycle and that is exactly what he did. 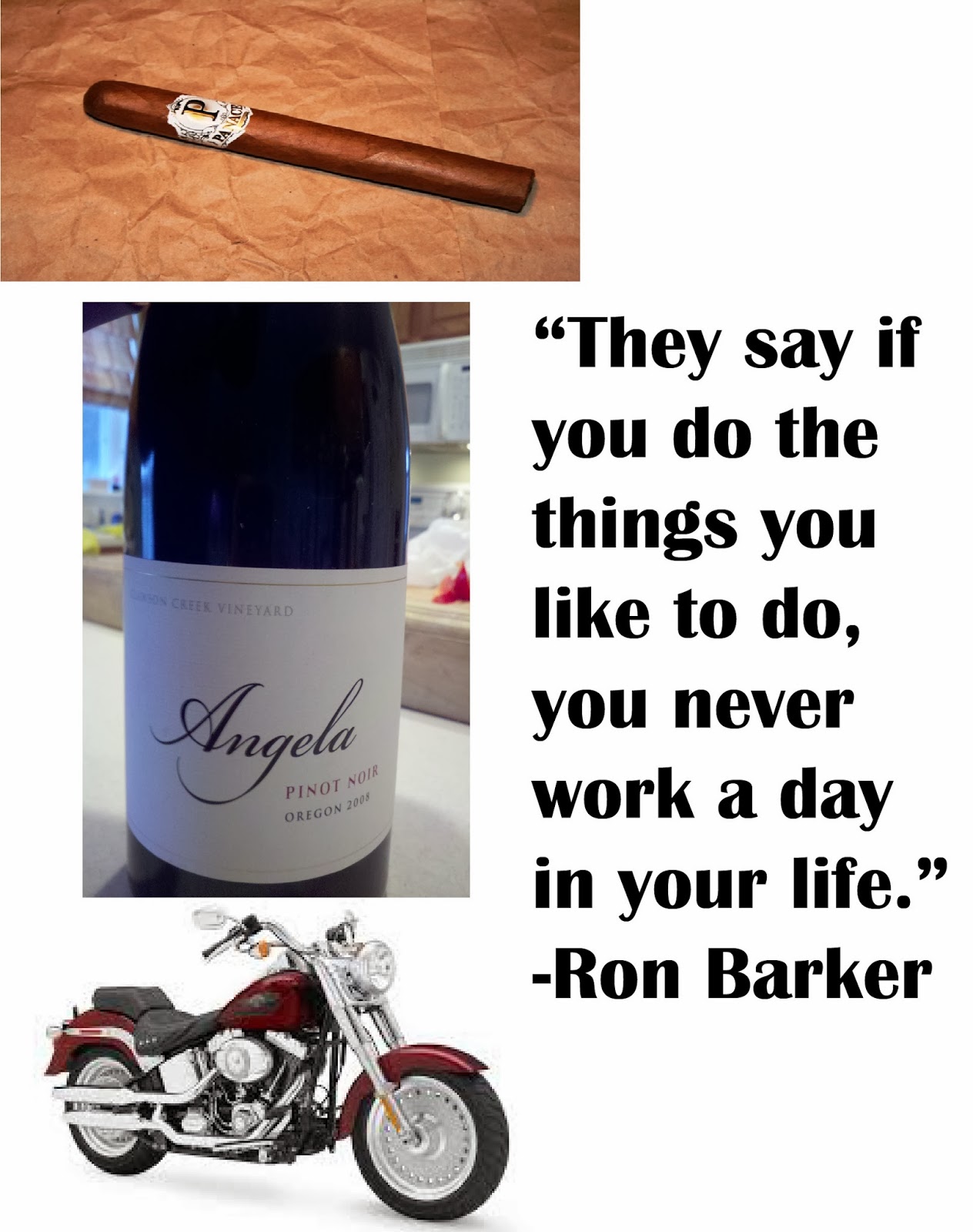 Ron first began selling Panacea cigars, but it was hard to get them into cigars shops.  When he began to attend festivals as a vendor he realized that people really liked these cigars and they paired very well with wine.  The people coming up to try the cigars, were not cigar smokers, they wanted to try something new.
At the festivals he began to work with a few wineries and put together some initial pairings.  These cigars are mild to medium in strength, they don’t kill the palate and they enhance the flavors of the wine.
Then the idea came to Ron one morning to put together a virtual association to facilitate people who smoke cigars and wineries.  Wineries are ideal because of the open space and serve the same demographic that he was looking at.
He began with 5 wineries and now The Virginia Wine & Cigar Trail has 20 host wineries who stock the cigars.  Ron works with the wineries to create the pairing menu.  When you go to taste you can also purchase a cigar to go with that wine.
How does that pairing work.  Yes the cigar smoke does change the chemistry in your mouth.  However, an example with the Pennsylvania Green Broadleaf he has paired with Sauvignon Blanc.  What happens is you have a very acidic wine and the cigar tempers that acidity so you get more of the fruit flavors in your mouth.

When you purchase cigars it is important to keep them humidified so they don’t dry out.  You don’t need to purchase anything fancy.  A Tupperware container with the cigar in one corner and a wet paper towel in the other should do the trick.  It is important to keep the cigar stored at a temperature of 60 degrees.  If it’s too cold you will dry it out and if it is to warm, you’ll get cigar beetles (yuck!).
Listen to the podcast, as Ron goes into detail about the cigars, how they are blended and how their paired with the different varietals of wine.
For more information on pairing wine and cigars visit The Virginia Wine & Cigar Trail http://www.vawineandcigar.com/ or Cigar Volante http://www.cigarvolante.com/

Remember you can find the podcast and subscribe by: