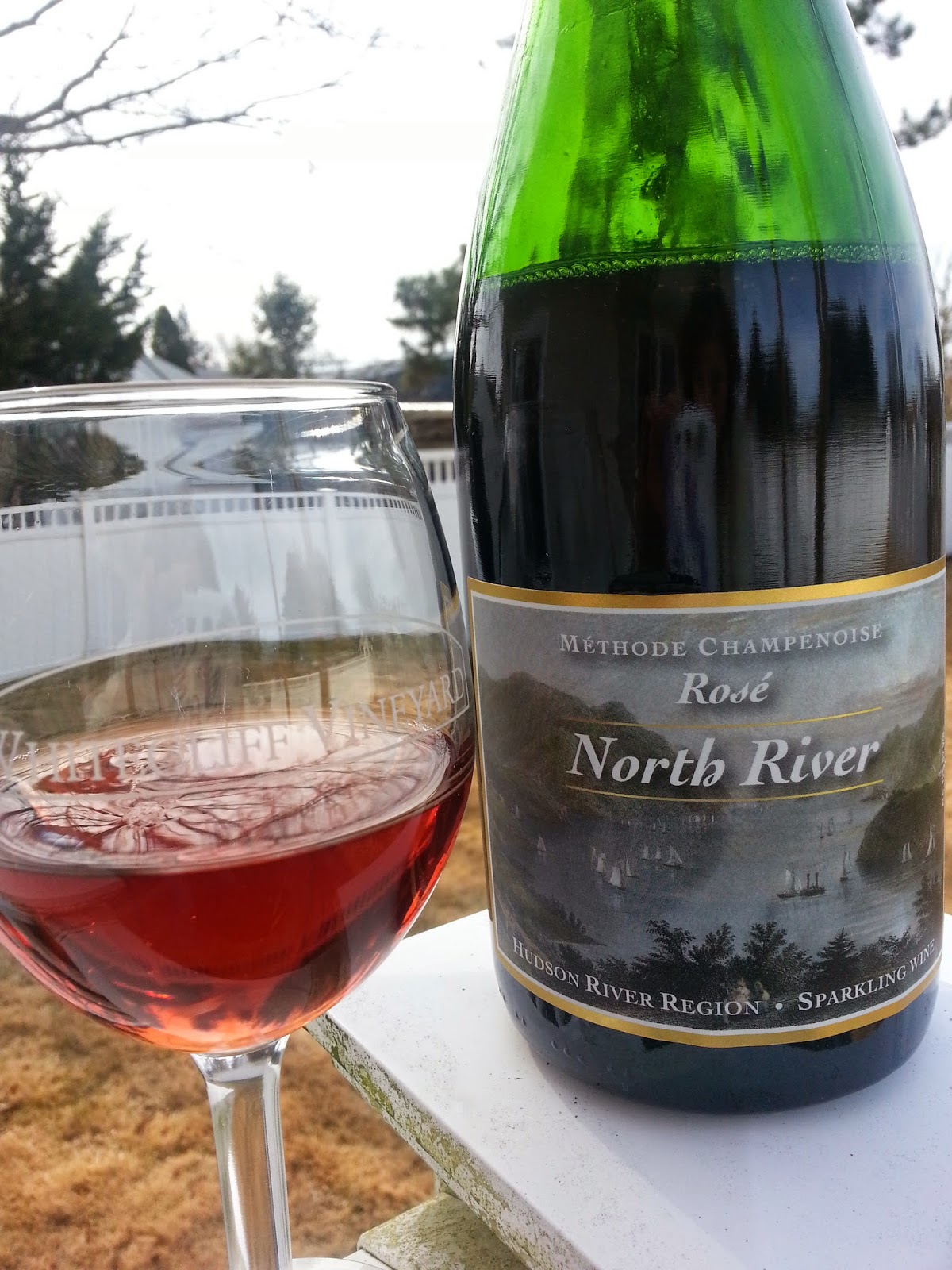 I’m a little behind in my blogging, but I had to tell you about this Sparkling Wine from Whitecliff Vineyards.  It’s called North River and during the colonial times that is what they called the southernmost portion of the Hudson River. The term was given to it by the Dutch in the early 17th century and fell out of use during the early 1900’s.
The label on the wine is a reproduction of William Bartlett’s 19th century etching of the Hudson Highlands. There’s lots of Hudson Valley history on this bottle. 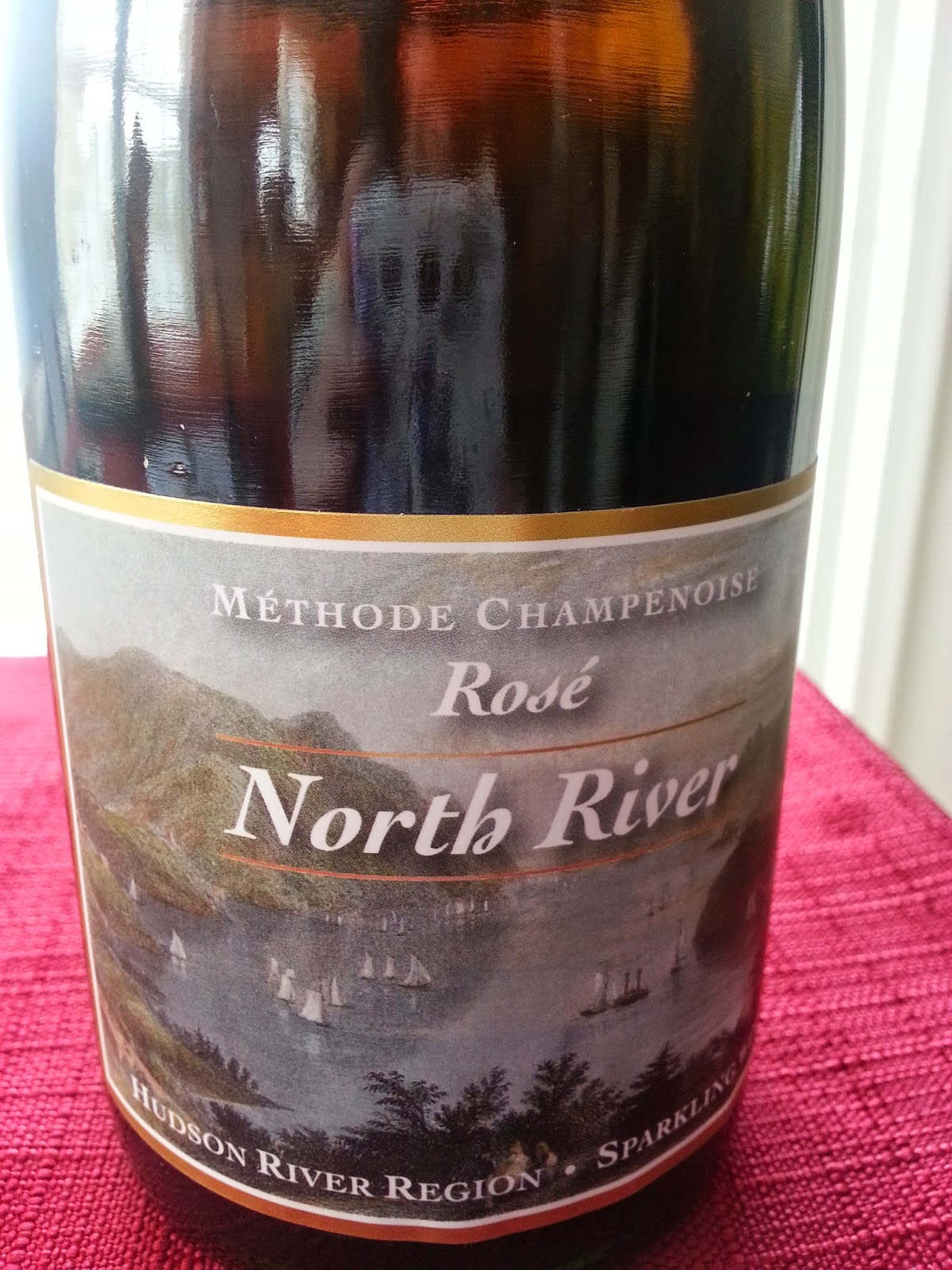 Most importantly, what is in the bottle.  A beautiful Rose sparkling wine made in Methode Champenoise (which is the same way they make Champagne in France, the second fermentation happens in the bottle.)The color was intense reminded me of the color of Sockeye Salmon.  Aromas of strawberry jam with some slight bread and yeasty notes.  (would probably pair very will with it)   My mouth was filled with flavors of pomegranate, slight hint of yeast that led to a light citrus rind finish. The bubbles weren’t very tight, but they were effective until they fell out on the finish. Overall it was nice bubbly.