I don’t talk that much about my kids but raising them, you never know what they absorb.

For them, growing up in our house, when Paul and I got home from work, we uncorked a bottle and shared our day ventures with each other and the kids.  After we uncorked the bottle, we always discussed it, the aromas, the flavors. Yes we did let the kids smell and if they wanted to taste. Neither of them were really interested.

I’ll never forget in 2003 when we visited Williamsburg Virginia and we spent the day wine tasting. We went to First Colonial Winery in Charlottesville.(this was the Richmond part of the trip).  We arrived the same time an “older” couple did. I could see their disapproving face when we got out of the car with two kids. We entered the winery and were the only ones there with the “older couple.” 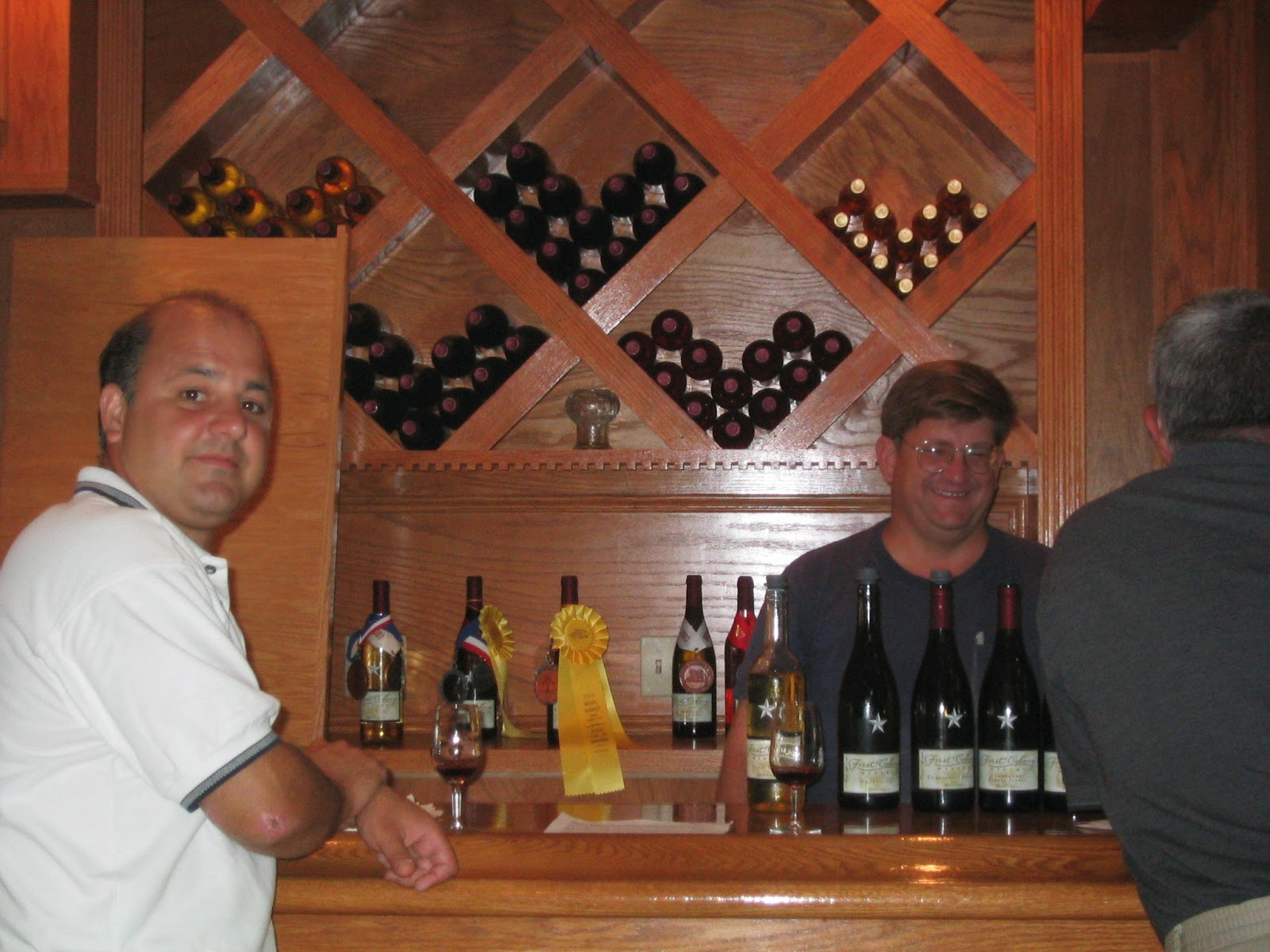 We took the tour with them and their disapproving facial expressions never went away until the end of the tour when Randy(I believe that was his name) asked if there were any questions.  Michael raised his hand and asked “How do you know when to pick the grapes.” OMG, the older couple smiled as Randy said that is a great question and answered him.

Michael never really drank.  OK, I think he began his sophomore year in college.  Most kids then can’t tell a good wine from a lousy wine.  Well Michael could.  While most kids come home from college and take food back with them, Michael took wine (he was 21 then) 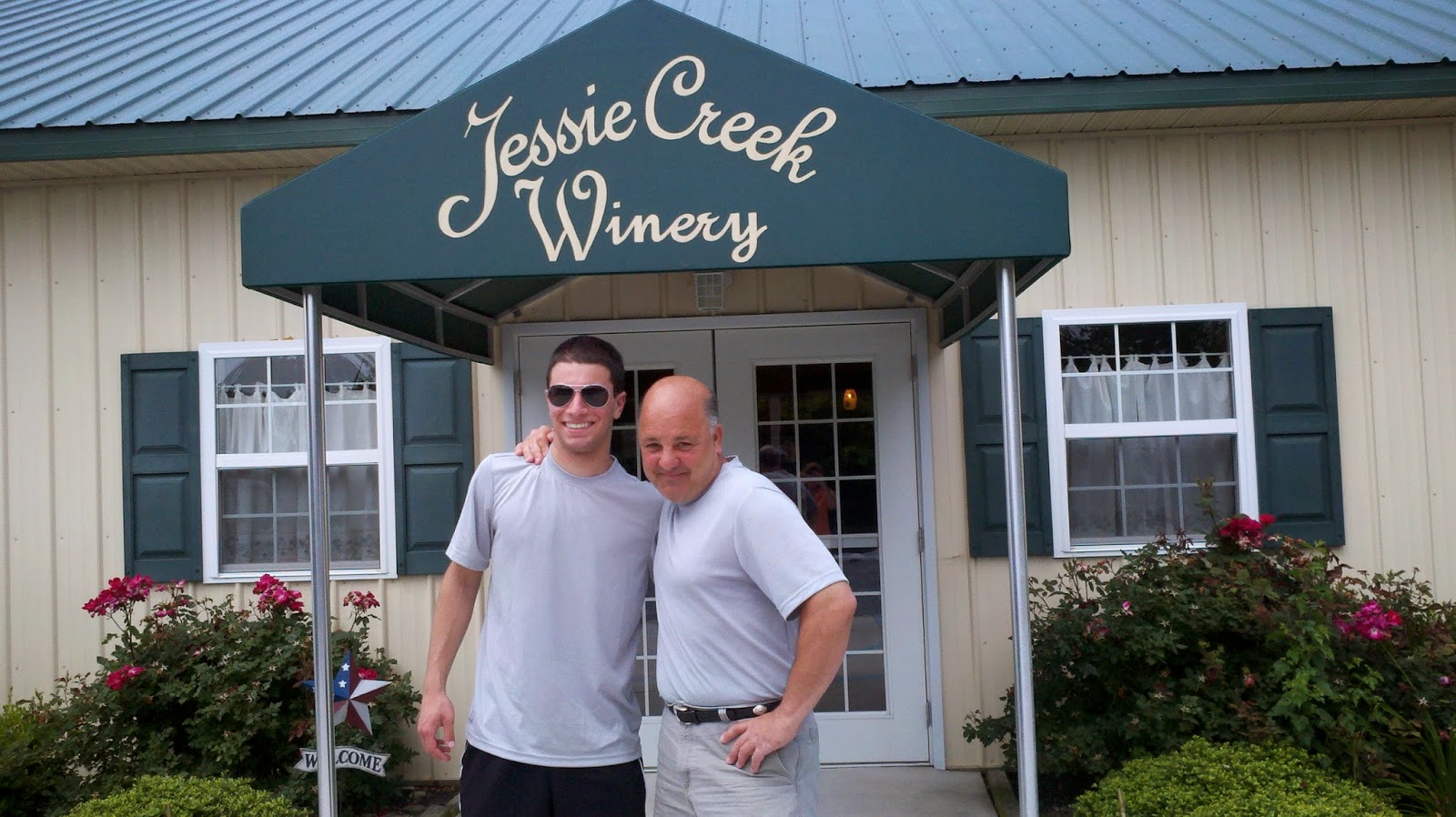 For his college graduation this year, we gave him a subscription to the California Wine Club.  I felt that was a good introduction to California wines. (he gets lots of NY wines  from us)

Two weekends ago he traveled to meet a friend in the middle of Pennsylvania somewhere, about an hour east of Pittsburgh. As I’m talking to him on his ride out (hands free of course) he is telling me there is a winery there and they were going to go wine tasting. I could hear the excitement in his voice.

After the weekend when I spoke to him, I asked him if he went to the winery. With great enthusiasm he begins to tell me all about it.  How they had a great blend that was a Lemberger, Cabernet Franc and Merlot (and also told me the percentages, although I didn’t write them down). Their Cabernet Franc was very good and that he purchased a bottle.  He told me all his tasting notes.

I can’t tell you how proud I was at that moment.  For a 22 year old to be so well versed in wine and have such a good palate.

Melanie isn’t to far behind.  Although her palate sways sweet, she is open minded.  She recently won a pasta basket at a bridal shower that contained a bottle of Pinot Noir.  I received this picture from her. Although she said the wine wasn’t the best, I’m glad she could tell the quality.  I’m just as proud of her too! 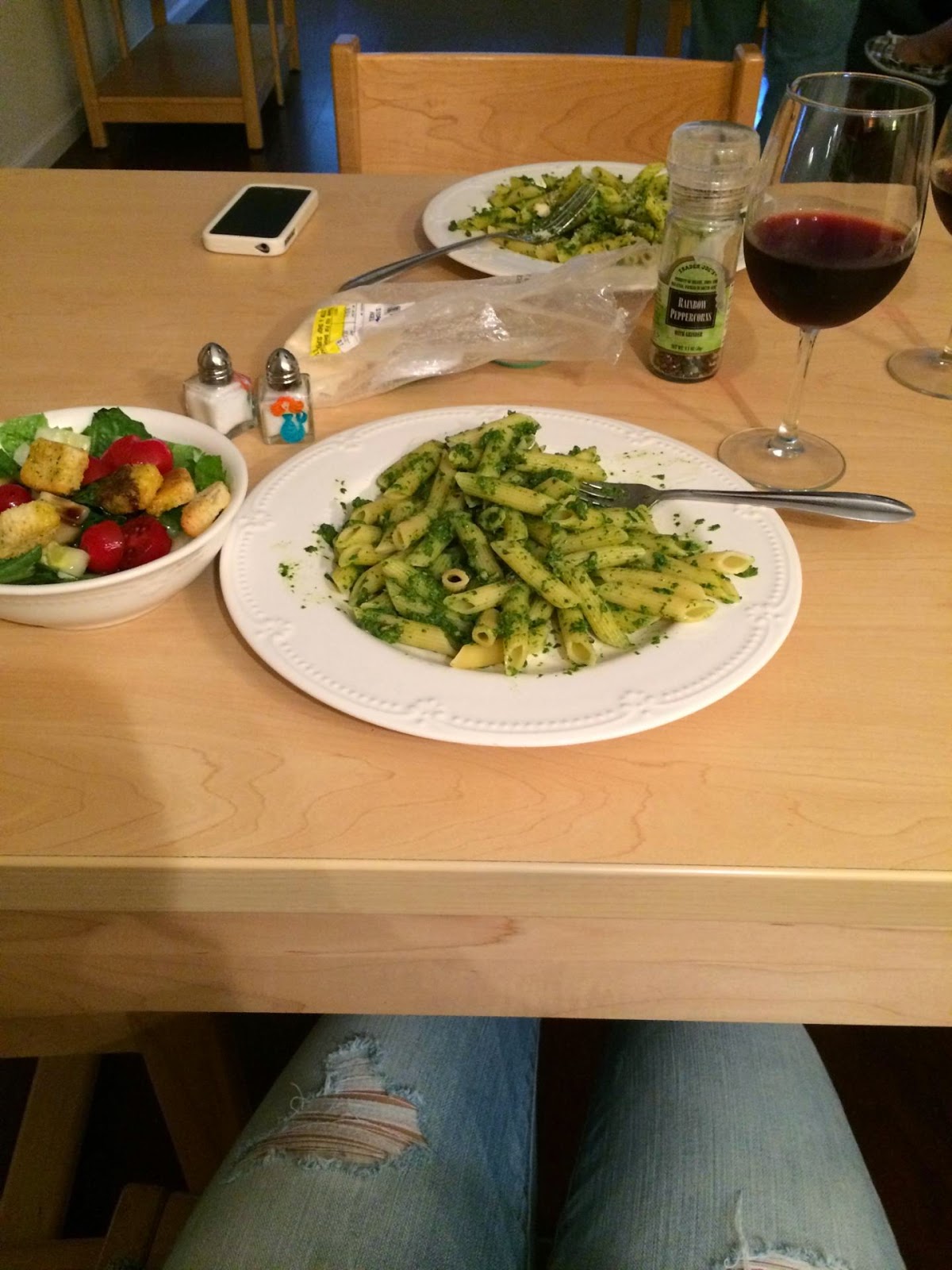 All I can say is Paul and I  did well!  They actually listened all those years during wine time.

My advice to my wine blogging friends, even if your kids are young, include them.  Talk to them. You never know what they absorb and where it will take them in the future.