Sharing #WorldMalbecDay With My Son

World Malbec Day was Thursday, April 17 and I was so glad my son could share in it with me. When Michael told me he was coming to visit last Thursday I was thrilled! I told him we had some nice wines to tastes and critique but that he had to tweet about it.  At 22 he is a huge wine enthusiast,but not that active on twitter, well until that evening.

I must say, the years he spent at home watching Paul and I every evening sharing in a glass of wine and analyze it, certainly rubbed off.  He’s a chip off the old block, or should I say “the grape doesn’t fall far from the vine.”

We began the evening with the two whites which we both really enjoyed. If I had to pick a favorite of the whites it would have been a tie. 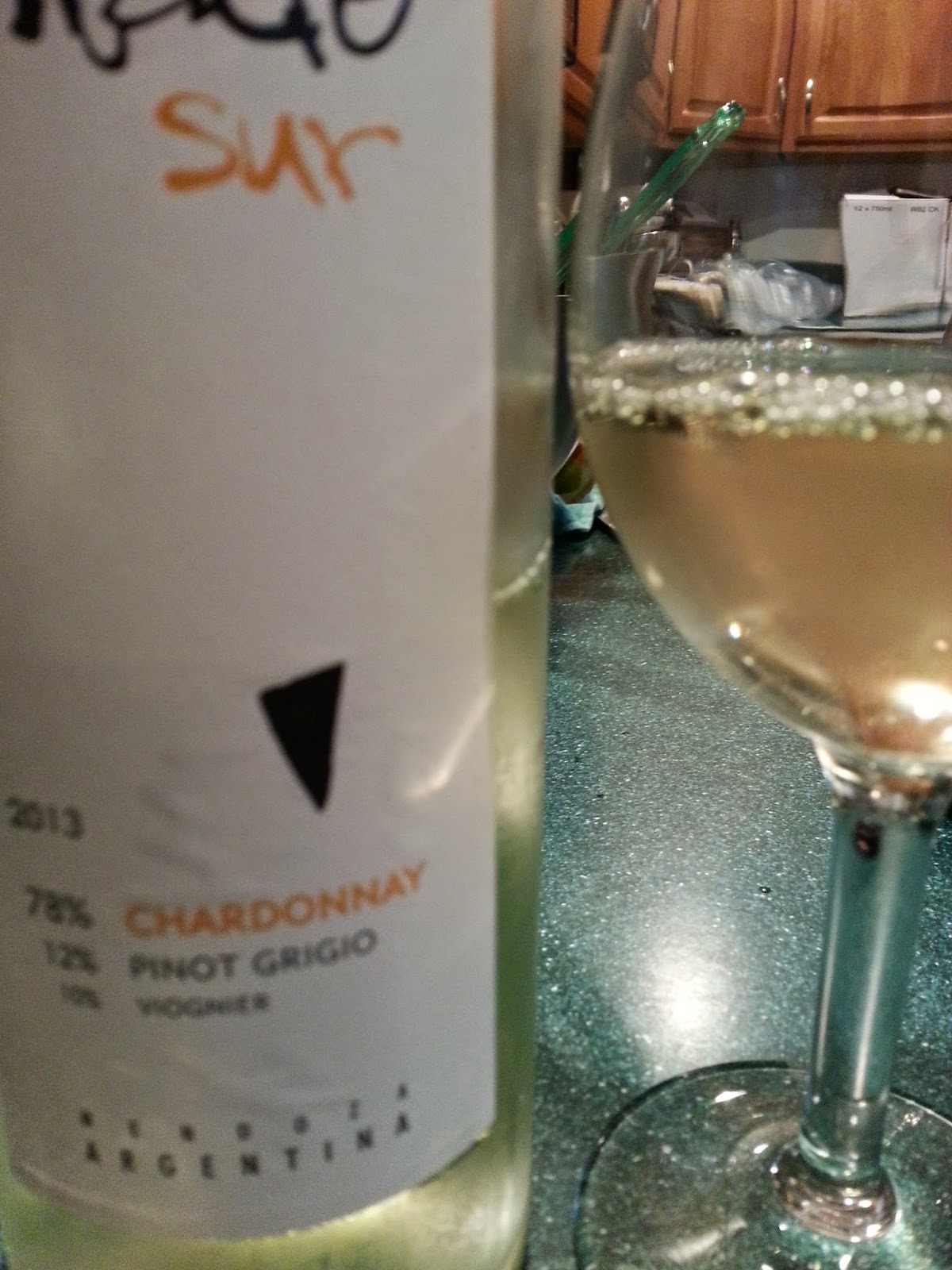 The Amado Sur Chardonnay, Mendoza Argentina produced by Trivento is a blend of 78% Chardonnay, 12% Pinot Grigio and 10% Viognier.  Nice lime and floral notes with expressions of honeydew melon and pear on the palate. Nice acidity.  You can really taste all the flavor profiles of all three varietals blending nicely together. I served this wine with chicken & broccoli stir fry with soy sauce, ginger and garlic.  Paired nicely. SRP $14 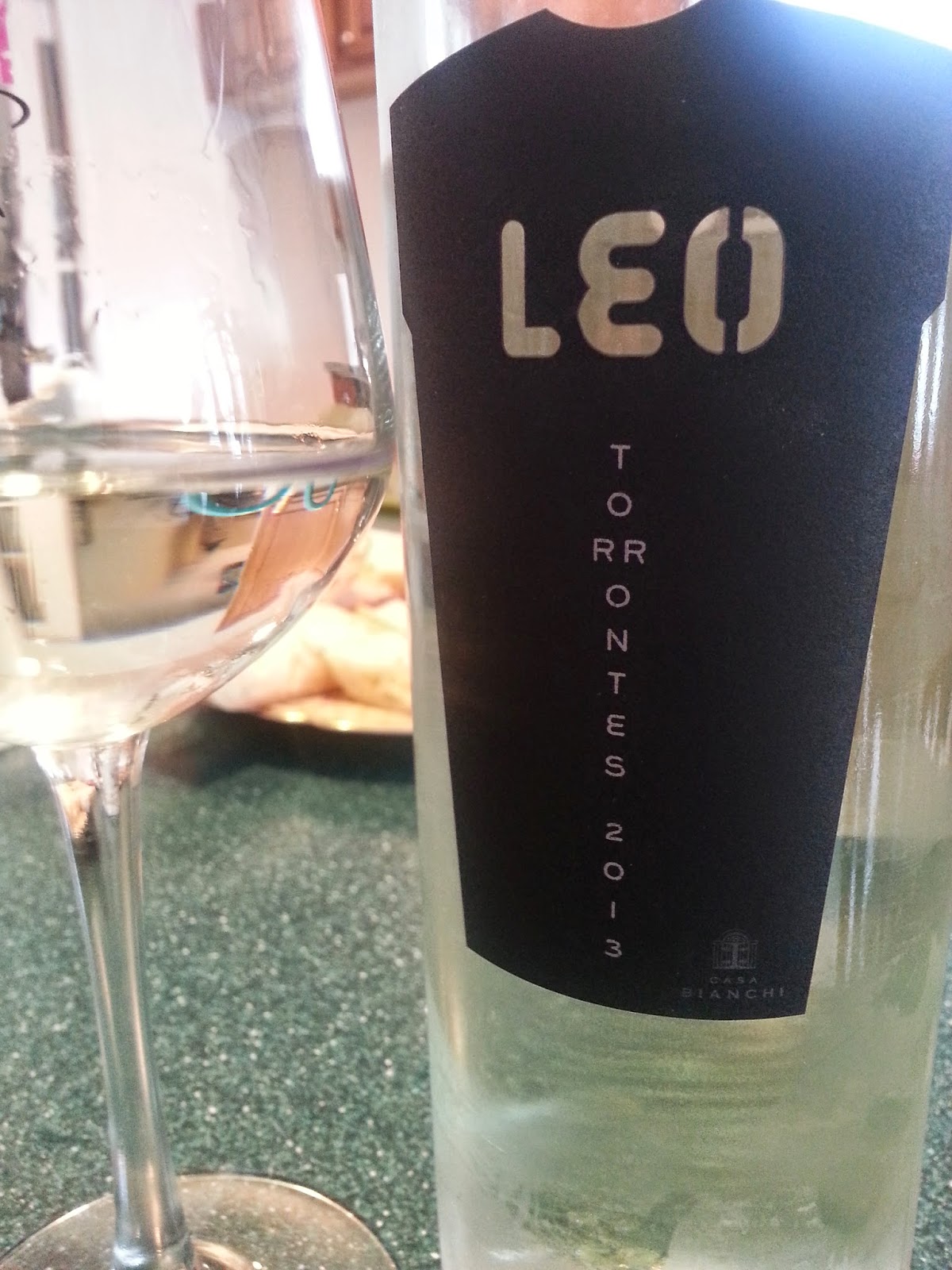 Torrontes…the white grape of Argentina.  The 2013 Leo Torrontes comes from the Dona Elsa Vineyards situated in Rama Caida, San Rafael, Mendoza 760 meters above sea level.  The grapes are crushed and fermented over 10 days in stainless steel tanks. The wine is released after bottling.

A really nice fact about this wine is a portion of the proceeds of the sale of the wine go to Leo Messi Charity Foundation that focuses on health care and educational development of socially-disadvantaged children.  SRP $16.99

Now about the wine…aromas of grapefruit, lime with a meadow of flowers filled the glass.  The palate was crisp, flavors of green apple and a hint of peach with some kiwi on the finish. Michael thinks this will be a great beach wine! 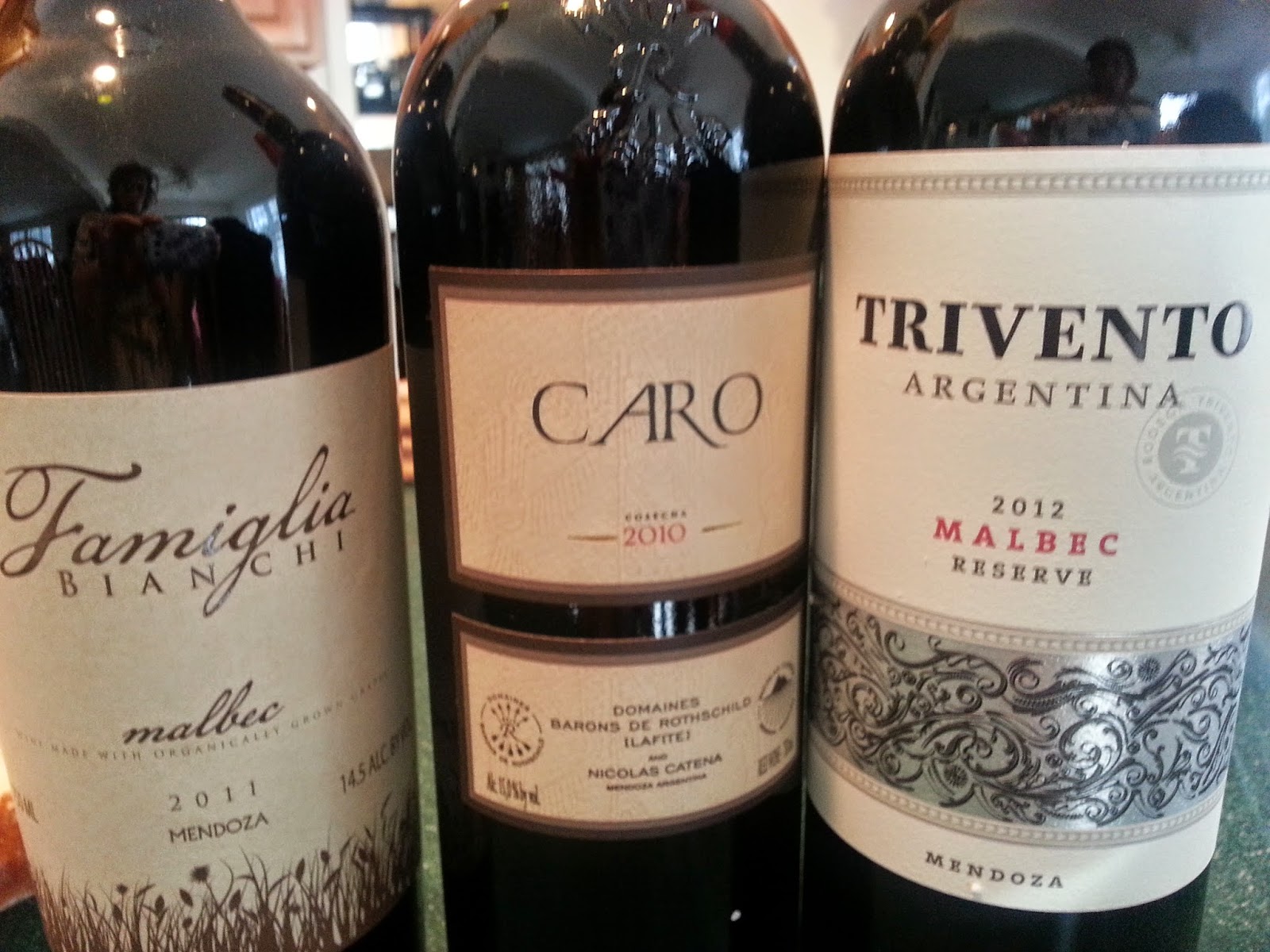 Now we moved onto the reds. We began with the 2010 Domaines Barons de Rothschild 2010 Caro which is a Malbec blend.  60% Malbec Malbec and 40% Cabernet Sauvignon.
When I first tasted this wine it was tight. Had aromas of toffee, chocolate oak and a hit of cherry. On sitp and I got dark chocolate covered cherries, lots of tannins, raspberry, plum and a chocolate finish that ended hot. When I looked at the bottle it was 15% alcohol.
We let this air for a little bit and returned to it after the tasting at which time it opened up very nicely.  There was some cigar aromas on the nose and some serious wild cherry with some baking spices on the palate.  This moved the wine into a tie for the best red.  Sometimes you just need to let the wine air and get the juices mixing.

Now we are into the #winechat and Michael who isn’t a tweeter is really getting into it. I was so surprised, but then again, he’s watched me for years. Even though he was sitting next to me, we weren’t talking to each and when I saw his tweets I looked at him and was so proud at his observances.

The second Malbec we tasted was the 2011 Famiglia Bianchi Organic Malbec from Mendoza, Argentina. This wine was another high in alcohol clocking in at 14.5%. The nose of the wine was a little bit hard to take at first but opened up nicely.  Lots of black fruit, blackberry with some bittersweet chocolate and a bit earthy. SRP $24.99

The last wine of the evening was the 2012 Trivento Malbec Reserve. Strong aromas of raspberry and plum filled the glass. The wine was very “jammy” as Michael put it.  I got lots of raspberry jam and blackberry with nice tannins.  This was one of the favorites of the evening. SRP $11

It was really special that I got to share this day with my son and he got to participate in the #winechat.  It was so nice to see him getting to know the wine and see his tweets.  I realized I taught him well and wasn’t even aware of it.
Final verdict on what was our favorite wine.  At first it was the 2012 Trivento Malbec Reserve and then when we re-tasted the Caro we couldn’t decide.  So they both came in first. 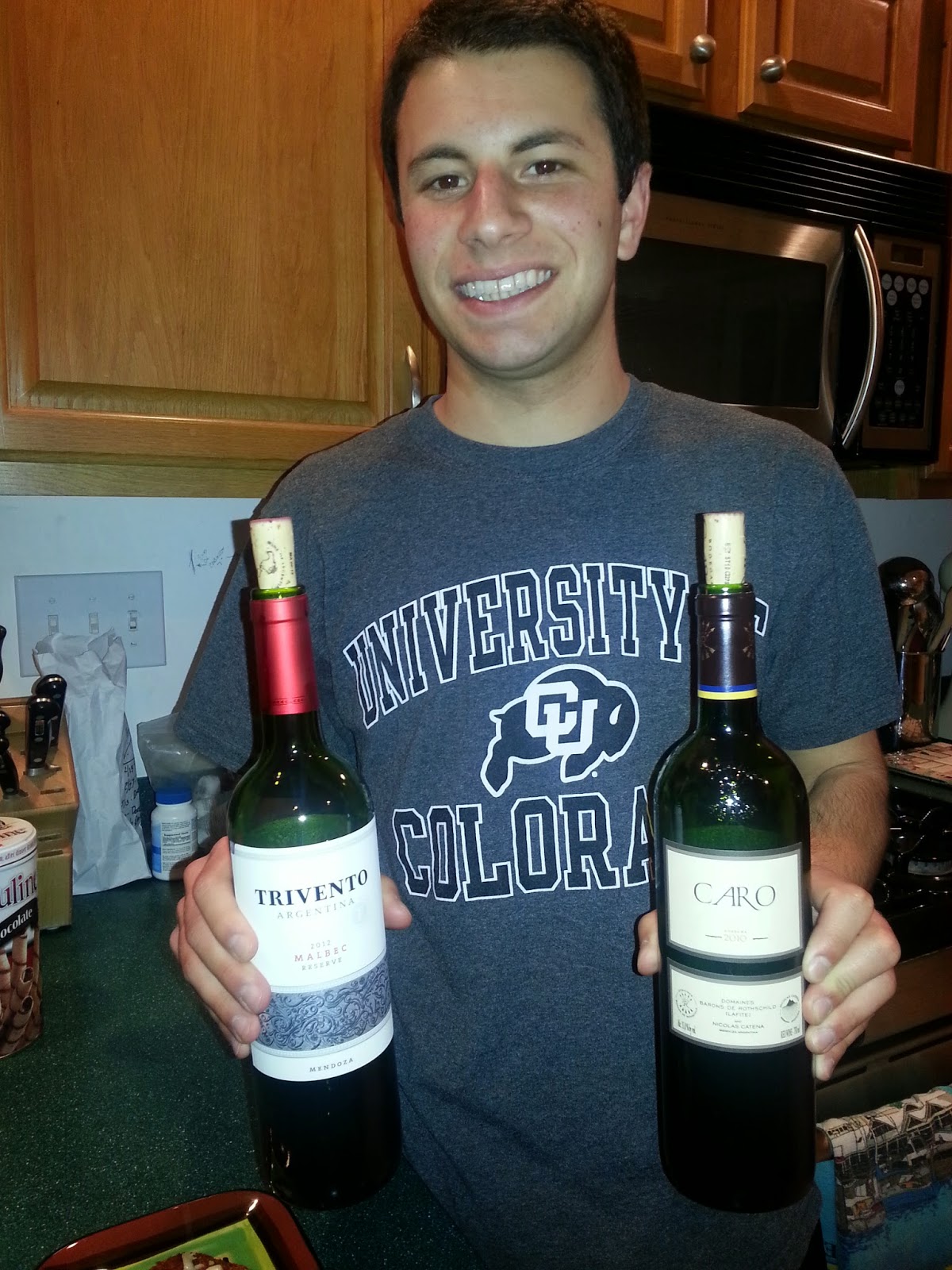