It is winter so we should expect snow.  Truthfully, I don’t think I’ve seen snow like this since my childhood, or at least my college days in Buffalo, but I am not in Buffalo, I’m in Poughkeepsie. In Poughkeepsie by myself for this record breaking snow. 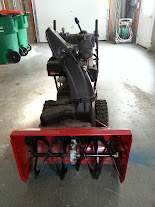 Growing up I had to shovel, so it’s not new to me.  Unlike my daughter, I know how to push the shovel (although she knows how to cry and get someone to plow her out for free).

What I don’t know how to do is run the mega snow blower we have.  That’s always been Paul’s job and he was down in Cape May.  I told myself I can do this, because otherwise I’ll either break my back or have a heart attack shoveling 2 feet of this stuff. Paul thought I was going to lose a limb with the snow blower.  After an argument of which I won, he walked me through how to use it.  I used it not once, not twice but 3 times.  Yes I got personal with the snow blower that I named him Henry. 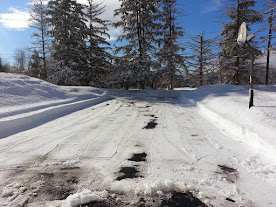 After all this hard work I rewarded myself with a bottle of Halter Ranch 2010 Cabernet Sauvignon and Henry got rewarded with some gasoline. 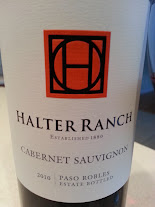 Halter Ranch is located in Paso Robles, California, which by the way my favorite California wine region along with San Luis Obispo.

The Merlot really shined through on the nose of this wine.  I immediately got aromas of juicy blueberry that gave way to some black current, black cherry, oak and a hint of licorice. Pretty complex on the aroma side. The flavors on the palate were equally intense.  Bursting with serious black fruit, a little bit of black cherry pie and ending with soft black licorice.  The tannins in the wine were well integrated and the wine paired very well with my neighbors beef barley stew.

According to my daughter, “Princesses don’t shovel”.  I guess I am not a “Princess” but I know I am not helpless!

Is it spring yet?