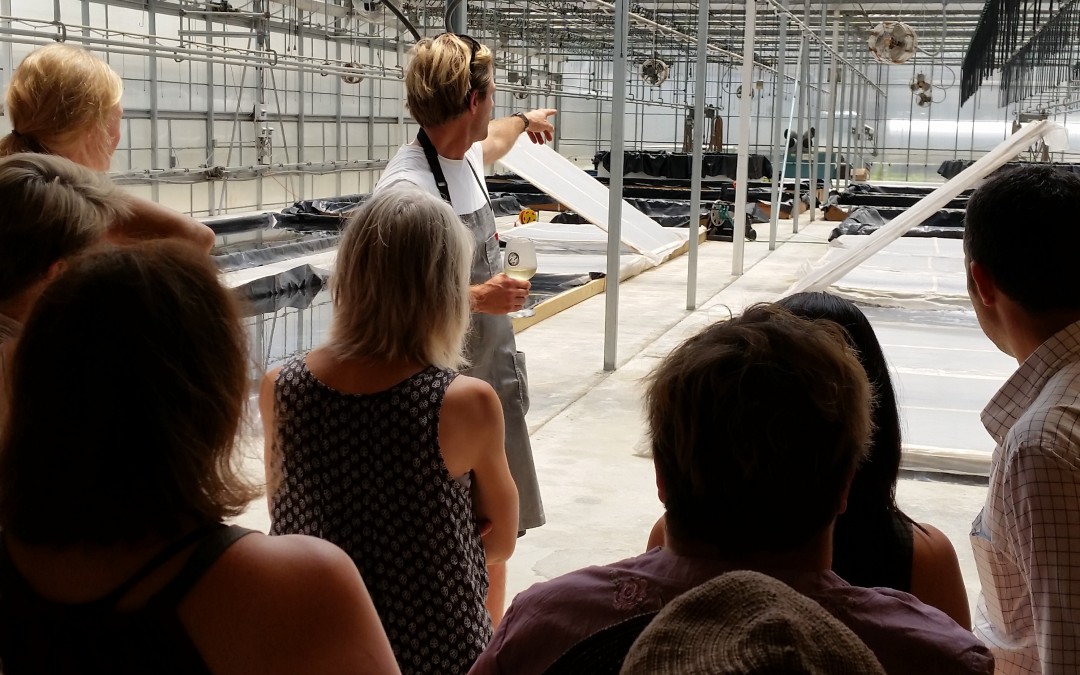 One of the things I miss most in Cape May is the Farm to Table movement.  It’s been a tough transition, although I go up to the Hudson Valley once a month and usually bring back a bunch of grass fed meat, cheese and produce. I had joined a CSA when we first came down here, but that place went belly up and we lost half a season. The farmers markets down here are like flea markets. Adjusting has been difficult and I was discouraged.

Then I found Slow Foods South Jersey and got on their mailing list.  Through their email newsletter I found Windy Acres Farm and Stephanie and Derek have saved me.  They are a year round CSA and send weekly newsletters on what is in the box.  You have the choice to purchase or decline for the week. The produce we receive from them is on par with Sister’s Hill CSA we belonged to in the Hudson Valley. So I’m happier. 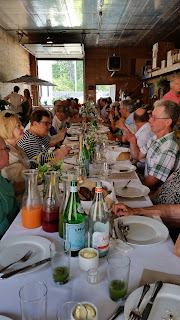 Last week Slow Foods South Jersey held a brunch at Windy Acres Farm featuring regional cheeses with the meal prepared by Lucas, owner of The Red Store Restaurant.  This was also a soft launch for the Cape May Sea Salt Company which is a partnership between Derek and Stephanie of Windy Acres Farms and Lucas from The Red Store.

I wasn’t quite sure what exactly Cape May Sea Salt Company was, but when Lucas got up and spoke about it, I was impressed. This 38 year old Chef is taking things to the next level.  Yes there was some trial and errors, quite humorous too, but he is onto something. 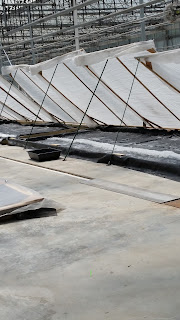 What is Cape May Sea Salt?  It is hand harvested using traditional methods with water gathered from the Atlantic Ocean in select locations in South Jersey.  The water is then delivered to Windy Acres Farm which has converted one of their greenhouses into a state of the art salt house. It is fully temperature controlled and hot! ( Yes it was 140 degrees in there and when I stepped out into 85 degrees it felt like air conditioning.)  The water evaporates in a multi stage process to the point of crystallization. 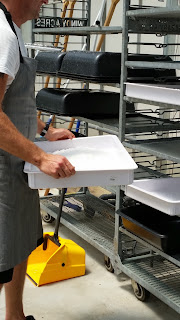 While at the brunch Lucas was smoking some of the Sea Salt.  He will be incorporating it in his restaurant, which I do need to go dine at. 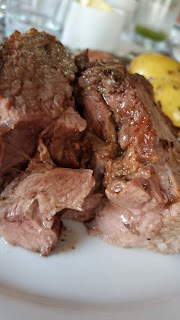 We dined on a Leg of Lamb that was encrusted and roasted with the Cape May Sea Salt and it was delish!  Then if the lamb wasn’t enough, they brought out some grilled fish.  Food was plentiful! 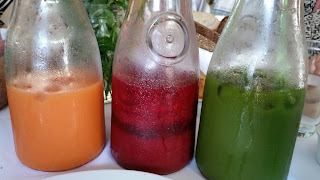 I was introduced the the art of juicing at this brunch.  I don’t own a juicer and don’t forsee one in my future.  We had a Red Juice which had beets, carrots and apple. It had a strong spice finish. Not my favorite.  The Green Juice was made with kale, spinach, fennel, apple, wheat grass, ginger and lemon. This was a favorite.  The Orange Juice that had carrots, ginger, orange and honey.  That was a close second. 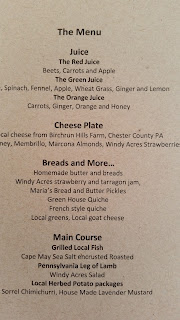 The menu overall was great and I had to take home my strawberry shortcake which I had for breakfast the next morning. 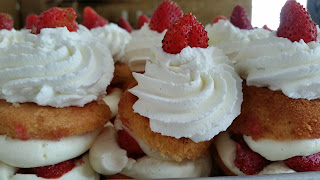 I think there is hope for South Jersey after all!