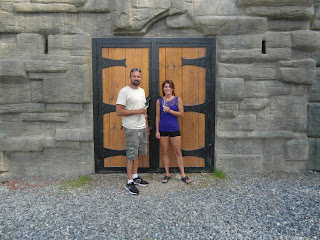 I don’t often get to Baskakill Vineyards. It’s located off Route 17 just as you cross over from Orange County to Sullivan County.  It’s really a beautiful setting in the Bashakill Reserve.  Heading up to Bethel Woods this summer to see Ringo Starr had me leaving early just so I can stop by and see Paul.(It’s on the way)

It’s been a while since I was there. Probably 2 years and he’s had some editions. First editions were the Babydoll Sheep.  I’d say they were his kids. 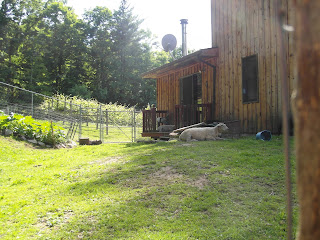 The next is Paul built himself a wine cave!  I was impressed and it looks beautiful!  It’s so nice to see the his growth!  He is now up to 1200 cases a year.  Kudos to him. 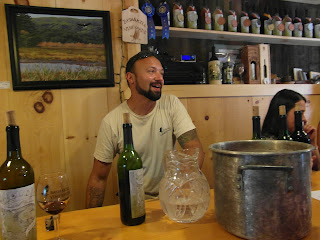 The Wood Duck is a Chardonnay aged in half oak and half steel then blended together.  It had a hints of oak and butter but nothing overpowering and it had some excitement to it.

The 2011 Osprey I was really the winner of the two for me.  It is made from 100% Vignoles and I must say, I think that is the first 100% Vignoles wine I’ve had.  It is a semi sweet wine, and acidity was so balanced.  Flavors of pineapple, grapefruit and hints of honeysuckle.  Soft on the mouth feel and not as sweet as one might think. 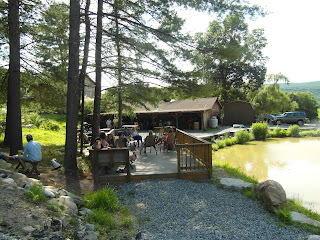 His reds were very well crafted to and I don’t want to ignore them.  The 2010 Dragonfly is made with 90% Lemberger grapes he purchases from the shores of Keuka Lake and 10% Chancellor.  This was very palatable for me as I am just beginning to explore the Lemberger wines.

The 2010 Blue Heron is made with 100% Chancellor and had notes of cedar, spice, cherry and dark fruit.

If you are traveling up Route 17 heading to the Catskills, I would recommend a stop at Bashakill.