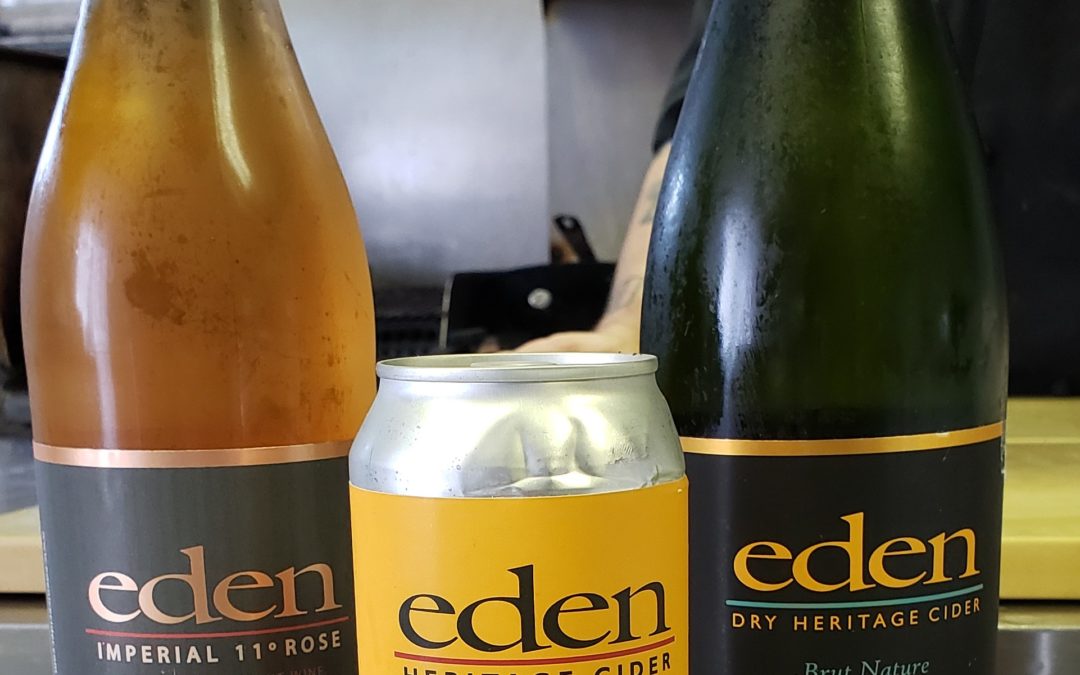 We switched it up this week as I brought in Eden Ciders from Vermont. I am not a big cider fan but was told by Paige at Boutique Wines Sprits & Cider Eden Ciders is made by the “Queen of Ciders – Eleanor Leger”

Eden works with traditional New England heirloom varieties of apples, local seedling varieties and Old-World varieties like the bittersweet cider varieties that cam from France and England. The apples come from their own orchard where they grow 35 varieties biodynamically and are also sourced from 8 local orchards.

After harvest the apples are pressed when the flavors, sugars and acids are at their peak. The juice is fermented like wine.

I don’t drink cider often, but would seek out Eden Ciders and enjoy another bottle or can again.

Eden Imperial 11 Rose – The Imperial Ciders are cold concentrated outdoors before fermentation takes place for increase flavor and alcohol. The apples were pressed in December and cold concentrated outdoors. The juice is infused with red currant juice. This gives the cider the color and hints of red berry on the palate. The cider was delightful, a tad off dry with nice acidity.

Eden Harvest Cider (in the can)- This cider is porduced from heirloom variety apple. The apples used in production of this cider are Dabinett, Mcintosh, Empire, Spartan and Esopus Spitzenberg. Light and refreshing. Perfect to pack for the beach.