The Boscaini Family and Masi Wine 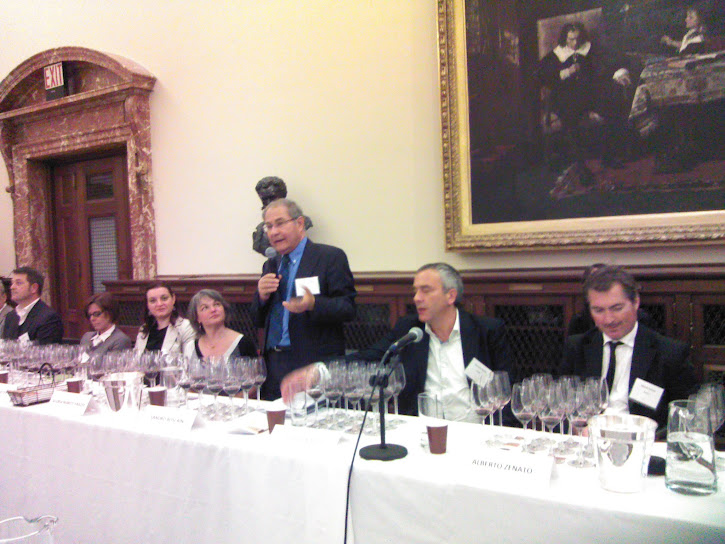 Sometimes I can get overwhelmed with wine knowledge that I draw a blank. When I received a press release about Autumn Reds from Masi I thought the name sounded familiar but couldn’t place the relationship, a blank. I received a bottle for review from the PR firm and began to do research for this post it hit me. Masi was one of the Amarone Families that was at the tasting I attended last year in New York City. Not only that, but Sandro Boscaini is head of the Amarone Families. The reason why I remember this is so clearly is because Mr. Boscaini looks like my father-in-law!  Yes and I even told him so when speaking to him at the session. ( Maybe he is related to my husband)

The PR firm sent me a bottle of Campofiorin Rosso Del Veronese IGT for review.  This particular wine is their original “Supervenetian” which was inspired by the technique of making Amarone. The wine is 100% Corvina grapes that are grown on in the Verona Hills Campofiorin composed of deep alluvial soil on Eocene era limestone. 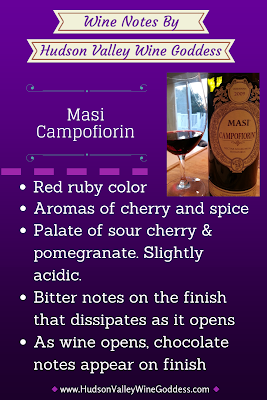 If you live in the Hudson Valley or in a driving range Wednesday, February 26, 2014 the Culinary Institute of America in Hyde Park, NY will be hosting a dinner “Six Generations of Venetian Wine” as a part of their Winter Dining Series.  This dinner is all about the Boscaini family and Masi wines.  I am sure you are going to be tasting some incredible wines!  I had the opportunity to taste their 1990 Mazzano Amarone Della Valpolicella Classico DOC at the Amarone Families tasting.  With a retail price of $300 a bottle, I doubt you will be tasting that vintage, but I assure you the wine will be good.  For more information on the Winter Dining Series and this dinner featuring Boscaini Family and Masi wines go to http://www.ciarestaurants.com/diningatthecia/dining-series/caterina/