2 Faces of The Federalist 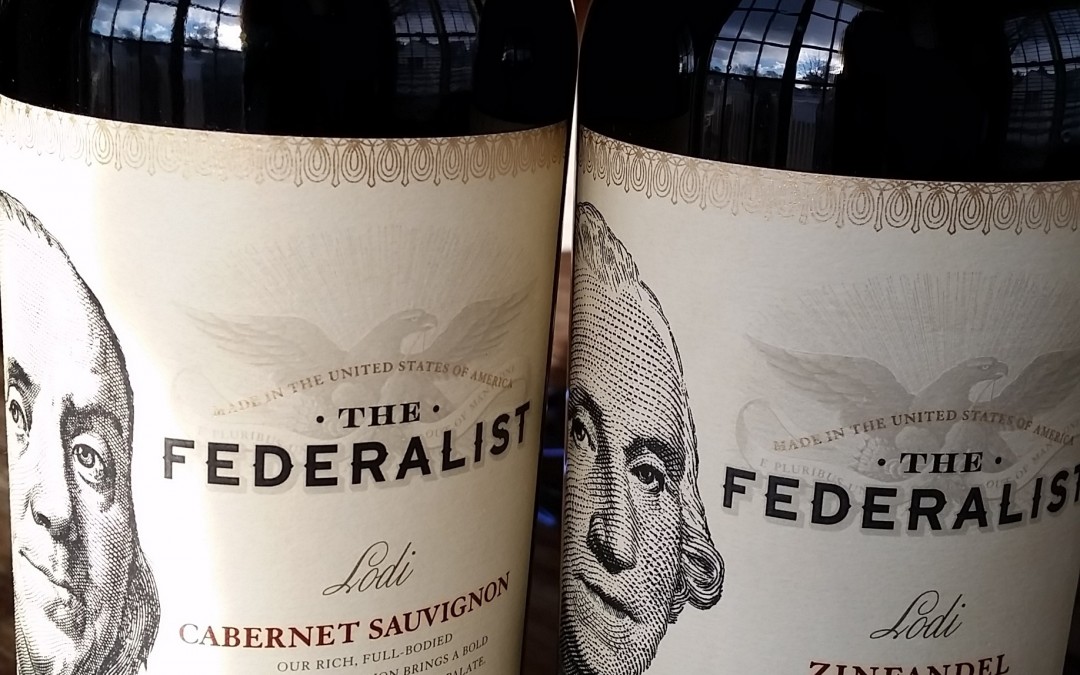 I recently tried two of the faces – George Washington (Zinfandel) and Ben Franklin (Cabernet Sauvignon)  I wonder what they would think of today political scene.  But I’m not going there. 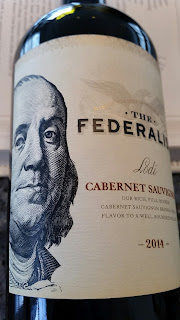 2014 Federalist Cabernet Sauvignon (Ben Franklin) is sourced from the Lodi region of California.  This wine is full bodied and is 87% Cabernet Sauvignon with 6% Merlot, 4% Cabernet Franc 2% Petite Syrah and 1% Sangiovese. The little bit of Petite Syrah adds to the dark purple color. The wine was aged in 35% new Oak for 15 months.  The wine has aromas of black cherry and blueberry with a hint of pine forest and vanilla.  The wine is balanced with nice tannin structure.  The wine retails for under $20 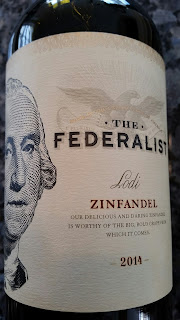 2014 Federalist Zinfandel (George Washington) is also sourced from the Lodi region of California. This wine has a touch 7% of Syrah in it and clocks in at a high 14.5% alcohol. It was aged in 25% new American Oak for 12 months. With aromas of raspberry, cedar and clove on the nose I found the palate a little dull but with flavors of raspberry and the finish had a nice hint of black pepper flakes. This wine retails for under $20