A Visit to Tousey Winery 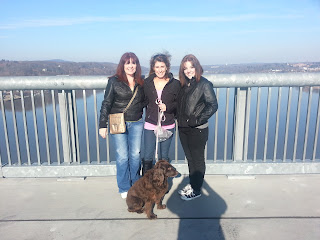 During the holiday my college housemate and her daughter visited from Florida.  Originally from Saratoga, NY she had the urge be cold and see some snow.  Cold it was, but sorry to disappoint, there was no snow. On Saturday of her visit, I took her out to see the wineries of the eastern side of the Hudson River.

Before we went to the wineries, one must show her the main attraction in Poughkeepsie – The Walkway over the Hudson. Now that we had some nice fresh air and a good walk it was off to Tousey Winery in Germantown. 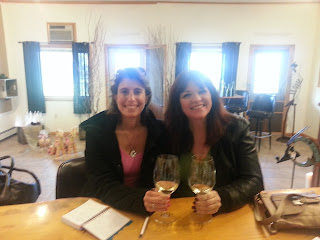 I hate to even admit this, but I haven’t been to Tousey since they opened.  I’ve tasted their wines at events, but for some reason I never headed north until that Saturday. We had perfect timing, when we arrived at Tousey, Ben was there and we had him all to ourselves.

We were tasting mostly whites and I was very impressed with their 2011 Riesling.  It’s 100% Hudson River Region from their vines.  It did lack  acidity, but that would be the from the wonderful storms (hurricane & tropical storm, back to back) that we had in September of 2011.

In the glass, the Riesling had aromas of white peaches and a hint of honeysuckle.  The palate brought you apricot and peach.

The 2011 Cabernet Franc are from the grapes at John Bruno’s who owns Oak Summit.  Beautiful site!  Aromas of cherry and a hint of spice reflect also on the palate.  The spice comes in mid palate with some oak on the finish. 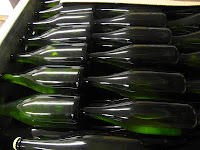 Then took us where he doesn’t take many women – the barrel room….

New for next year there will be a sparkling wine. If you look closely at the picture on the left, you can see the wine aging on the lees.