All About Albarino – The Wine of Rias Baixas 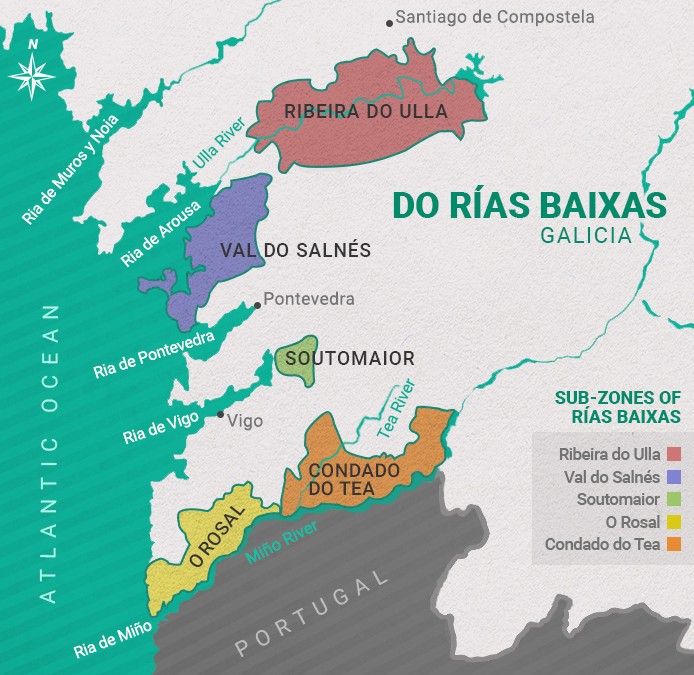 How luck am I, for the next 2 months I will be learning all about the Rias Baixas region of Spain on Wine Studio’s weekly educational program, It takes place on Twitter, Tuesday’s at 9pm so feel free to follow along with the hashtag #winestudio and learn with me

Rias Baixas is sometimes referred to as “Green Spain” and the grape that put them on the map is Albarino. Located in the Galicia region of northwestern Spain bordering the Atlantic Ocean and Portugal.  You might hear it referred to as “Green” Spain because of the lush green valleys they have due to the amount of rainfall that mainly occurs in the fall and winter.

You will find granite soil and because of the amount of rainfall the soil tends to crumble breaking the granite and turning it into sand. The coastal climate also has clay and silt in the soil that is deposited from the running waters.

Let’s talk about the grape Albarino of which accounts for 96% of the wine production in Galicia.  It’s a white wine that’s a pale lemon in color, dry and aromatic.  Flavor profile is white peach, apricot, melon, pineapple, mango and honeysuckle.  They have nice acidity and minerality.

There are 5 sub-regions that grow Albarino and each of the regions terrior will contribute distinguishing characteristics to the wine.

The Galicia region is known for their fresh seafood. Lots of shellfish,  hake, tuna, monkfish, sea bass, sole, sardines and scallops.  The Albarino wine of the region pairs wonderfully with the catch of the day.  Albarino is also very versatile and will pair well with spicy Chinese, Indian and Thai because it’s low in alcohol and ripe in fruit. 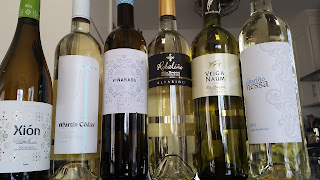 Join me on my journey through Rias Baixas as I learn about the region and their wines and share it with you.  Oh yes, there is wine tasting involved courtesy of the Riax Baixas Wine Region. Let’s see what we’ll be drinking this summer.