I’ve been working with Whitecliff for the past 5 years or so blending their Sky Island. When we first began we were there for about 3 hours, tasting, blending, analyzing. I must say, I would walk away with a slight buzz on.

Not this year.  In fact I was so amazed that it went so fast.  One, two, three and we all agreed with no voting, it was unanimous. Perhaps we are getting good at it, knowing what we are looking for in the blend and focusing in on the specifics 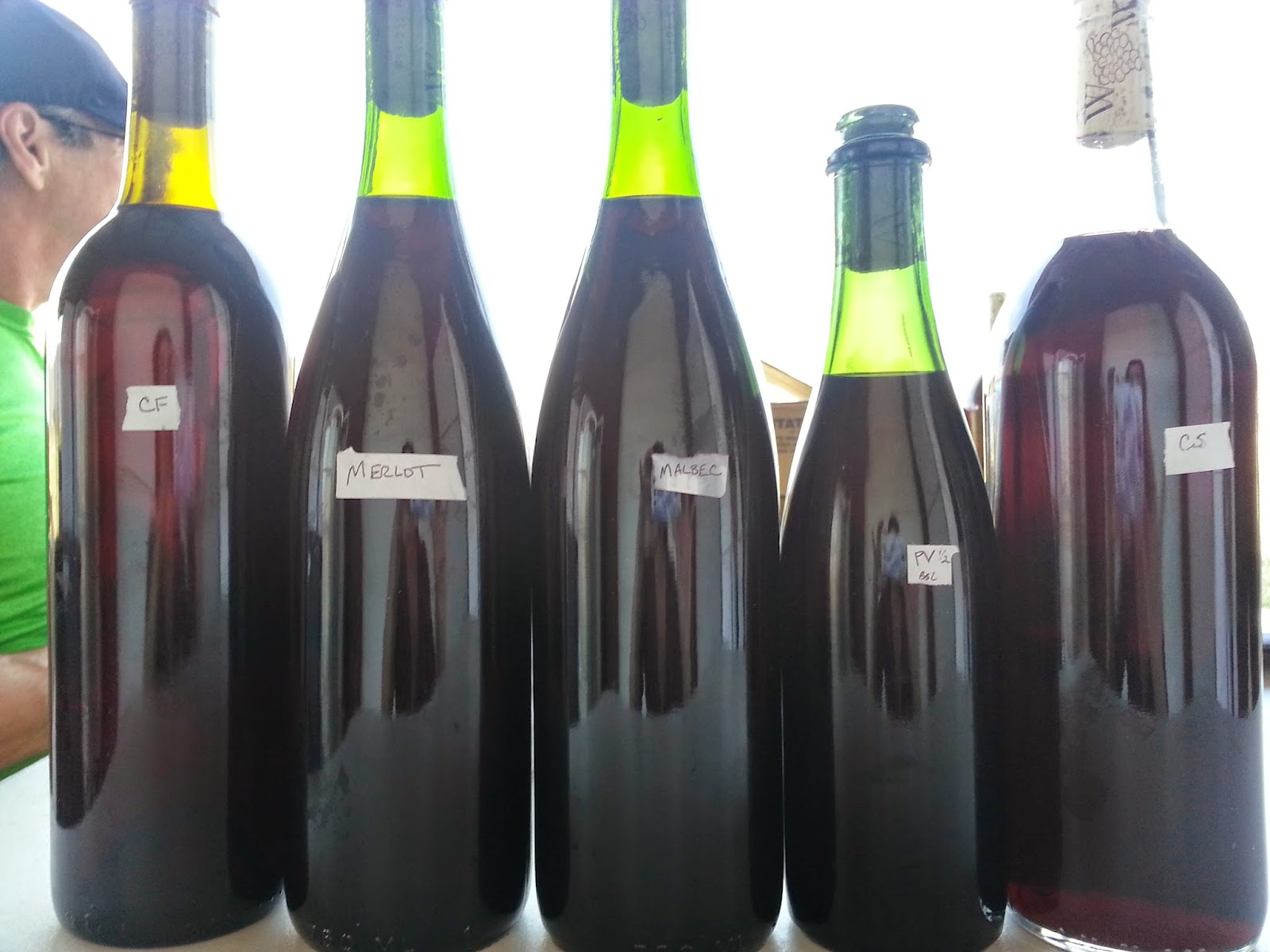 We began by tasting each of the 5 wines on their own.

We then blended #1 with the percentages the 2012 blend was. This blend had dark berry, fruity, jammy and a very short finish.  I just fell off.
Blend #2 we decreased the Malbec and Merlot and increased the Petit Verdot.  This blend had a nice nose of pepper, dark fruit and a slight vegetal note.  The wine was more complex and had some black pepper on the finish.  We all thought this one had lots of promise. 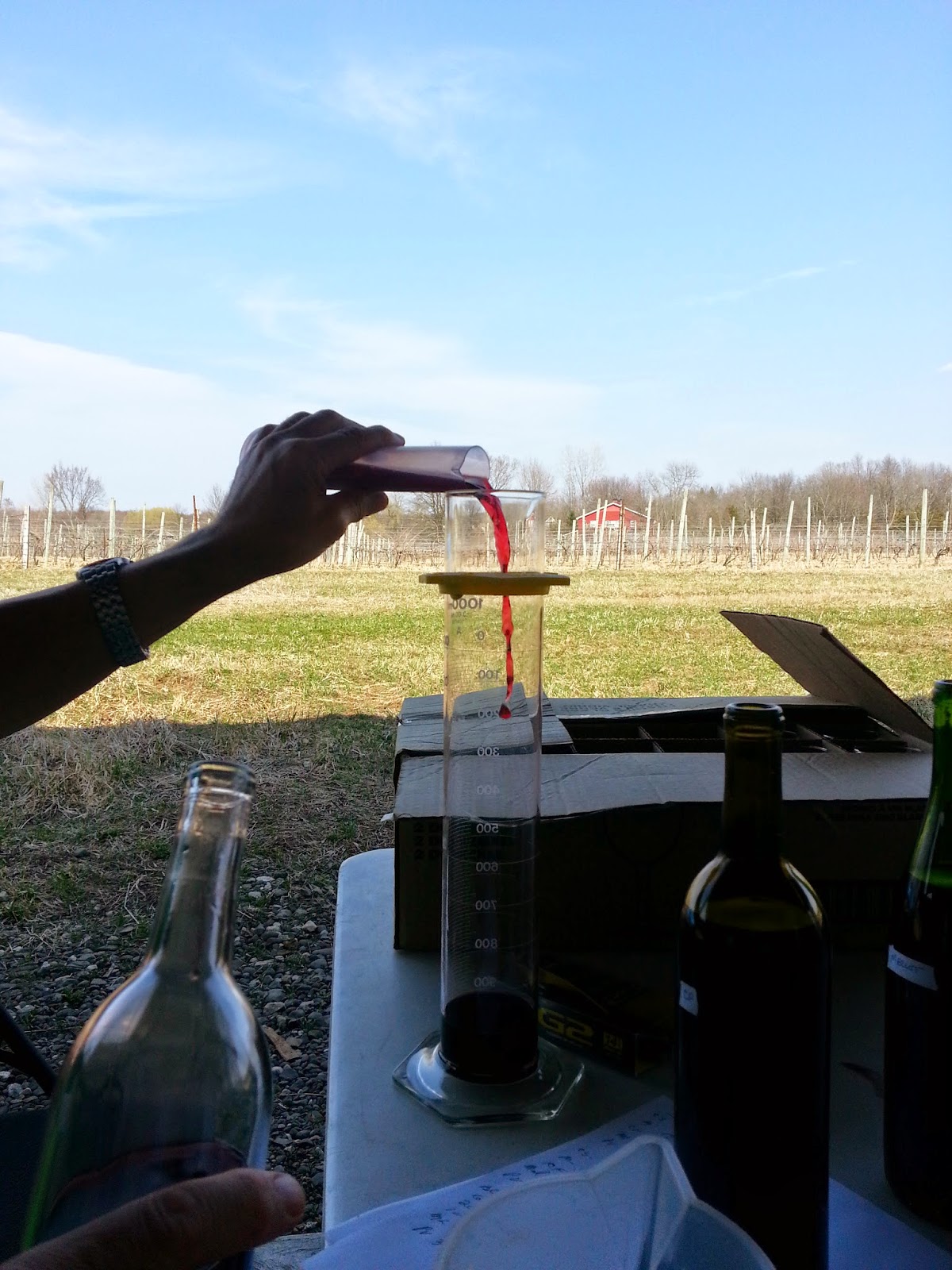 Blend #3 we increased the Petit Vedot and decreased the Merlot.  This had lots of sour cherry and was very bouncy.  I felt like all the grapes were competing for the favorite grape award. I had brought cupcakes with me as they were leftover from an event I did the day before.  Brad thought the cupcakes went very well with this blend.
At this point we all looked at each other, tasted the three blends again and all agreed blend #2 was the winner.  This took all of an 45 minutes.  I looked up at everyone and and said “I can’t believe we all came to a conclusion so fast.” That’s when Michael said “We’re just getting better and we know what we are looking for.”
What happens now?  The wine will be blended and put into barrels where it will age for about a year or two.  So you can look for this wine maybe in 2015 or 2016.