Cabernet Franc Misunderstood: Get To Know It December 4! 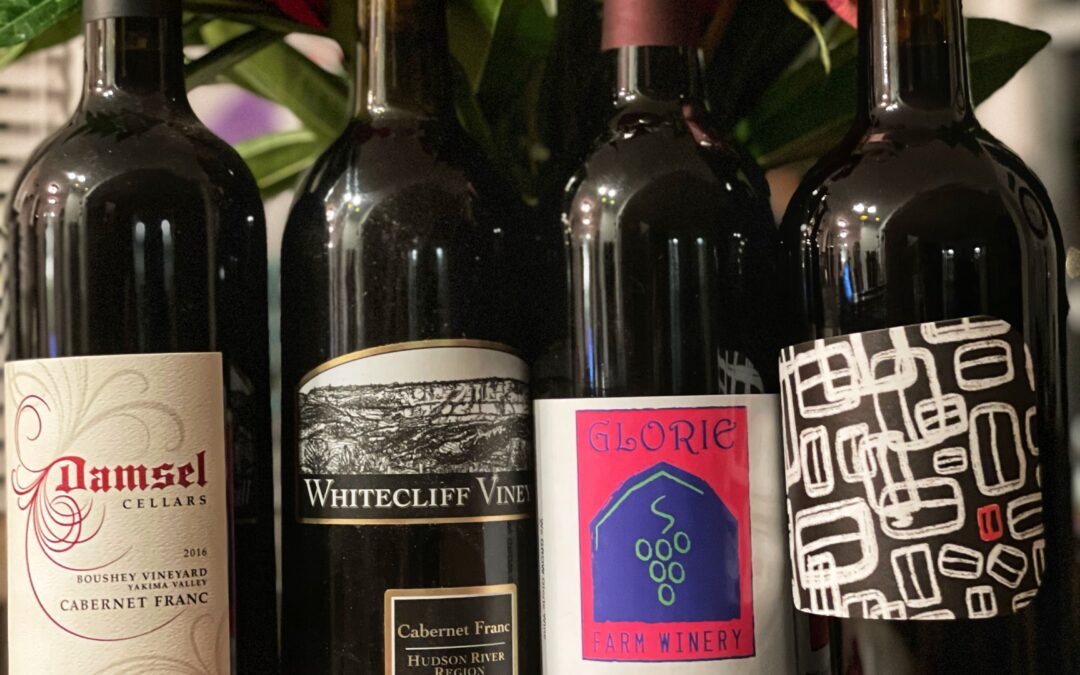 Cabernet Franc so misunderstood. Once only used as a blending grape doesn’t get much fan fare. In reality it really is the Big Daddy of all grapes!

Cabernet Franc is the father of Cabernet Sauvignon, Merlot and Carmenere. Yes he got around during his time! It is one of the blending grapes in Bordeaux wine yet it wasn’t until recently that it’s been brought to the forefront as a stand alone wine.

When I began on my wine journey I didn’t know much about Cabernet Franc. I tasted it at Whitecliff Vineyards in Gardiner, New York and was wowed! It is during this time of year as Cabernet Franc day is celebrated that I reflect back on the grape and my Aha moment with it.

For me it was the strawberry, black raspberry, plum and dark fruit that finished with an explosion of black pepper. I was in love but didn’t realize the grape was an under-dog. The more wine tasting the more I realized that the grape is used in some percentage in other red blends all around, not just in New York but all over. As you get to know Cabernet Franc, you can pick it out of the blend. It is so much more than a blending grape.

Make sure you taste Cabernet Franc wines produced in different parts of the world. Taste and aroma will vary, some more fruity, some more minerally and some more herbaceous all based on the terroir of the region.

Every year Lori works her butt off to put together a great program featuring Cabernet Franc and the people that produce the wines. Join us on Twitter and follow the hashtag #CabFrancDay. The conversation begins at 8pm ET / 5pm PT. You can interact with Cabernet Franc lovers and winemakers from all over the world.