Dancing with the Coyotes 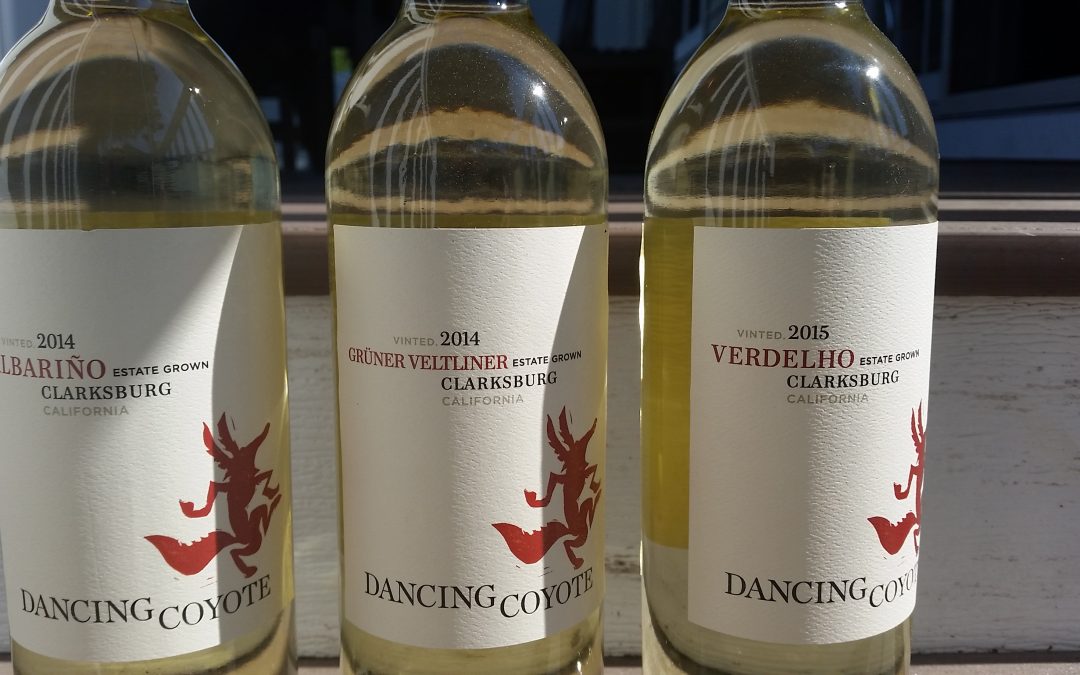 I love this quote I found on their website –

“The Coyote Legend”
“Legend has it, each year at the beginning of hte growing season, a band of coyotes from the nearby foothills, sneak into our vineyards, and for no apparent reason other than treachery, chew on our irrigation lines with the wild abandon.  Following these scandalous acts, they have been known on occasion to join paws and dance around, howling at the moon in celebration.”

That is where the name “Dancing Coyote Wines” comes from.

Dancing Coyote Wines is a family owned vineyard located in the Clarksburgh appellation of California which is in the Sacramento Valley.  They grow over 600 acres of grapes. Growing conditions are warm summer days and cool nights which is great for a long growing season for many of the varietals they grow.

Their winery was built in 1868 as a granary.  In the early 1900’s it was converted to a winery.  In 2001 they began producing Dancing Coyote Wines. Their facility is quite large with over 14,000 square feet of temperature controlled case storage that holds up to 85,000 cases of wine. (That’s a lot of wine!)

What struck me about Dancing Coyote Wines is the different varietals they grow in California.  Grapes such as Albarino, Gruner Veltliner and Verdelho. Those are wines you usually see grown in Spain, Austria and Portugal respectively.  I was excited to try them.

The 2014 Albarino is estate grown. The minerality in the wine is front and center. Hints of citrus and peaches coming from the glass.  Nicely balanced with flavors of tangerine, peach and nice acidity.  There were 613 cases produced and the SRP is $11.99 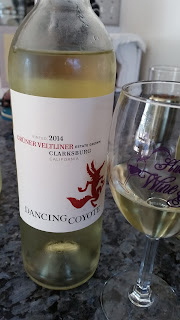 The 2014 Gruner Veltliner is a medium bodied wine with notes of white pepper coming from the glass along with some hints of peaches and apricots.  A bit of acidity with flavors of apricot on your palate and white pepper on the finish.  there were 720 cases produced and the SRP is $11.99 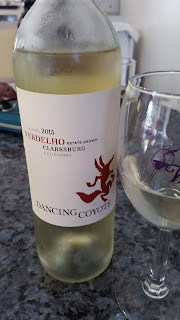 The 2015 Verdelho had the most going on.  The wine had aromas of white flowers, lime and pomelo leading to a palate full of white peaches, hints of honeysuckle and citrus.  There were 220 cases of this wine made and the SRP is $11.99

These wine are very reasonably priced and will be great summer wines by the pool or at your BBQ paired with chicken or fish.