Fall In Love With Sardinia Wines 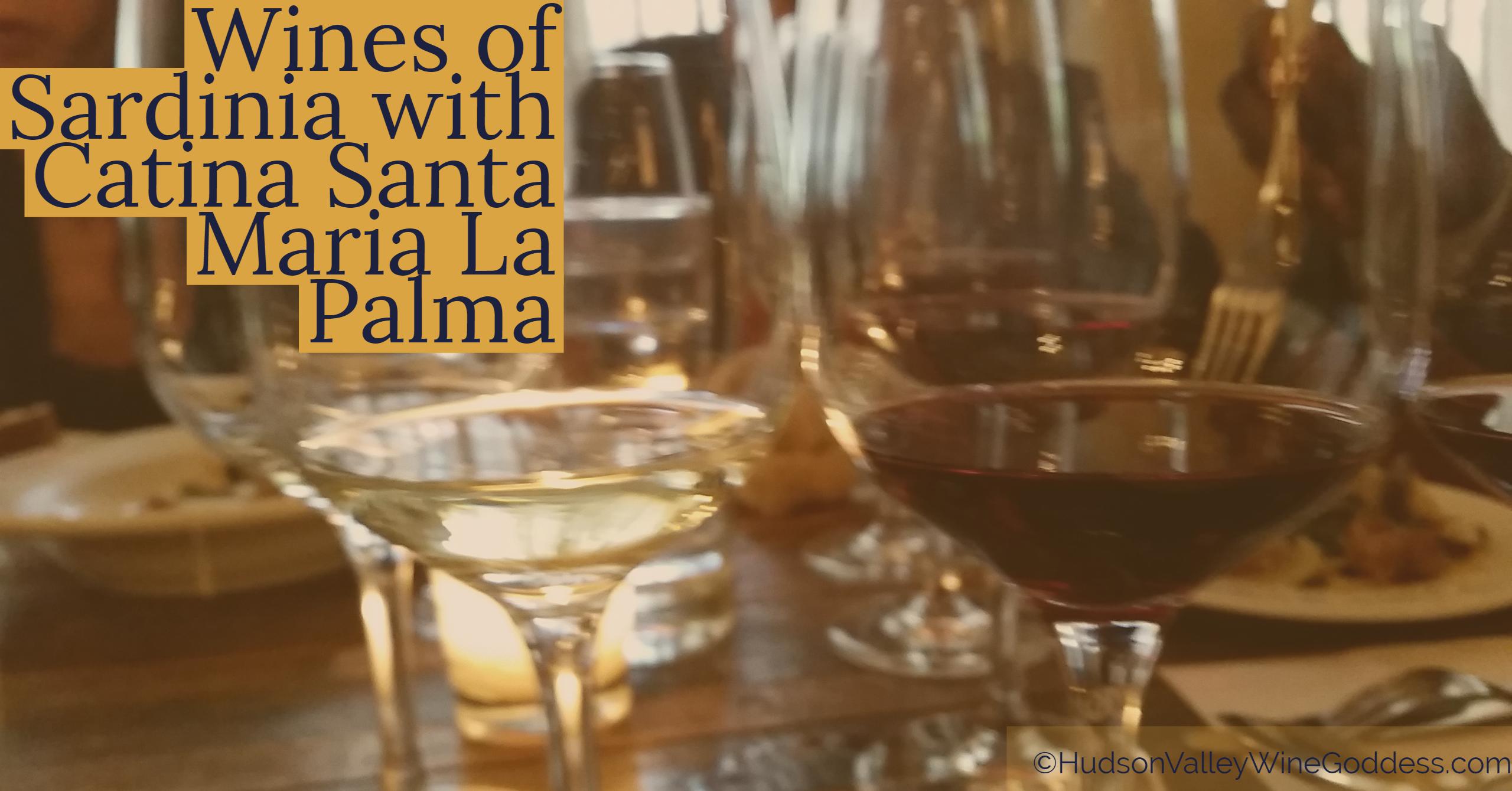 Sardinia or Sardegna as the locals spell it, is an island off the coast of Italy. Surrounded by the Mediterranean See. Their wines not only have influence from Italy but from but by Spain as well. Let’s take a look at Sardinia and the wines of Catina Santa Maria La Palma. 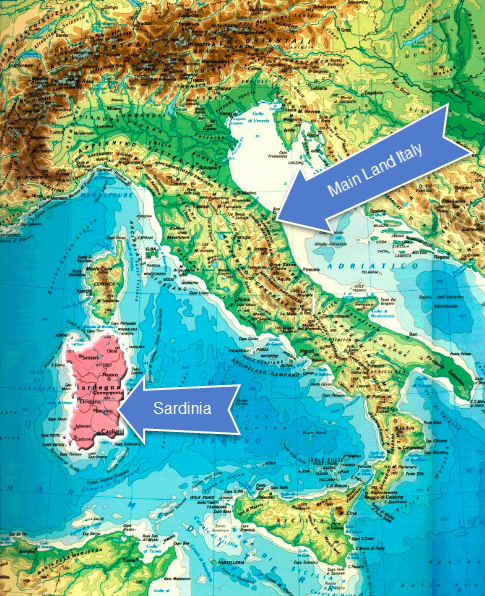  The island of Sardinia has one DOCG appellation, 19 DOC and 15 IGTs with Italian and Spanish influence. They are known for their production of Vermentino and Cannonau. Cannonau is their native Grenache grape. 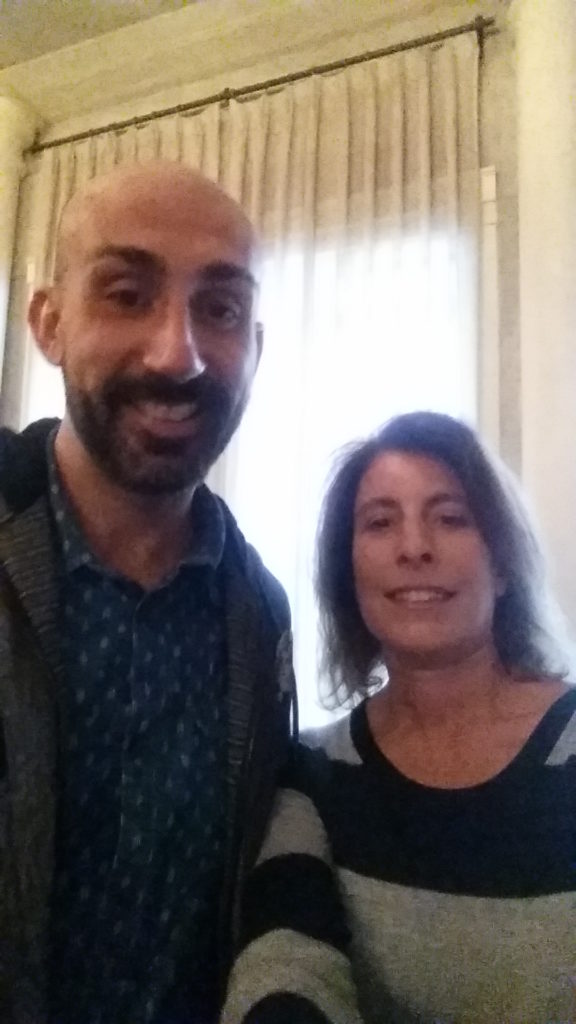 In 1946 the Agrarian Reform was implemented in Sardinia which is when the government redistributed the agricultural land back to the people. In the area of Nurra they began to farm the land with vines. In 1959 one hundred of the vineyard growers formed a co-operative that founded Cantina Santa Maria la Palma Winery.

Today Santa Maria La Palma is cooperative of 300 farmers located in the northwest of Sardina. They are in the DOC Vermentino di Sardegna which is a leader in Italy as a single label DOC wine. The DOC produces more than two million bottles of Vermentino a year. The farmers collectively grow on 700 hectares of which 320 are Vermentino which makes them the largest producer of Vermentino in the world. They make Vermentino four ways: a sparking wine, spumante, still wine, and passito a sweet wine.

The Cannonau grapes make up 106 hectares and is in the designated Cannonau di Sardegna DOC, and the rest is planted with grapes like Cagnulari, Cabernet Sauvignon, Chardonnay, Monica and others. Many of the vineyards are located seaside where the soil is very rich in minerals and the saltiness from the sea is apparent in your glass.

I had the pleasure of tasting 4 wines that were paired with food that you would find while visiting Sardinia which is known for seafood. The menu consisted of Crispy Rock Shrimp, Burrata with apples, kale, caramelized onions and walnuts, Clams with spicy Italian sausage, Tagliatelle with lobster, peppers, garlic & basil, Lamb Osso Buco.

I will go into the tasting notes below and then reveal the surprise pairing that worked really well. I will say I really enjoyed the wines and they are very affordable.  I wouldn’t hesitate to pick up a bottle and bring it to a dinner. 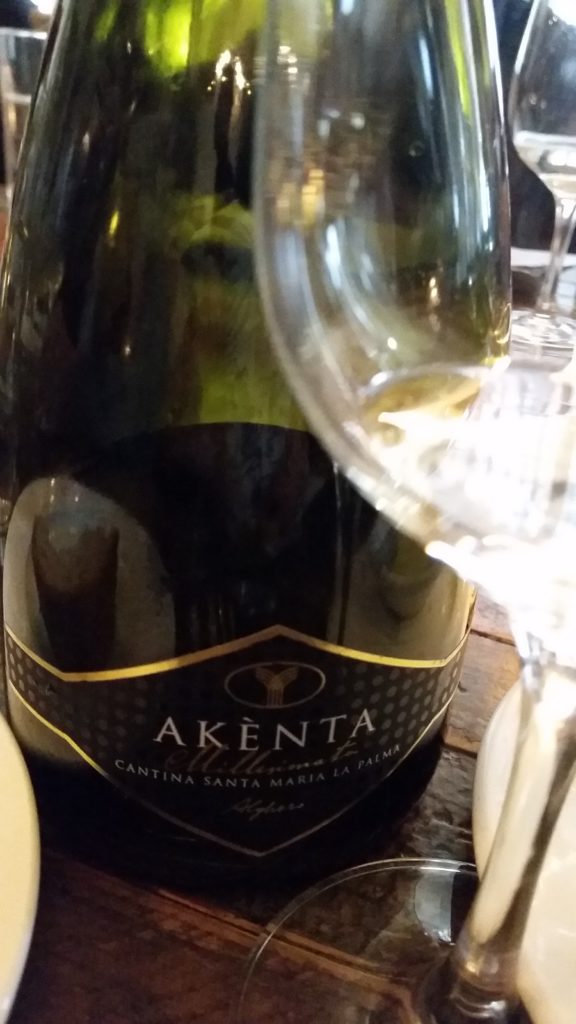 Akenta “Millesimato” Spumante Extra Dry NV is made with 100% Vermentino in the Charmant method and aged for six months on lees. Akenta means “cheers” in Sardegna. This was aged under the sea and you can really taste the salinity of the region in the wine. Aromas of soft peach, white flowers with yeasty notes fill the glass with soft bubbles. It’s well balanced with nice structure with a hint of sweetness. This wine will begin to be distributed in the States this year and will retail for about $16.99 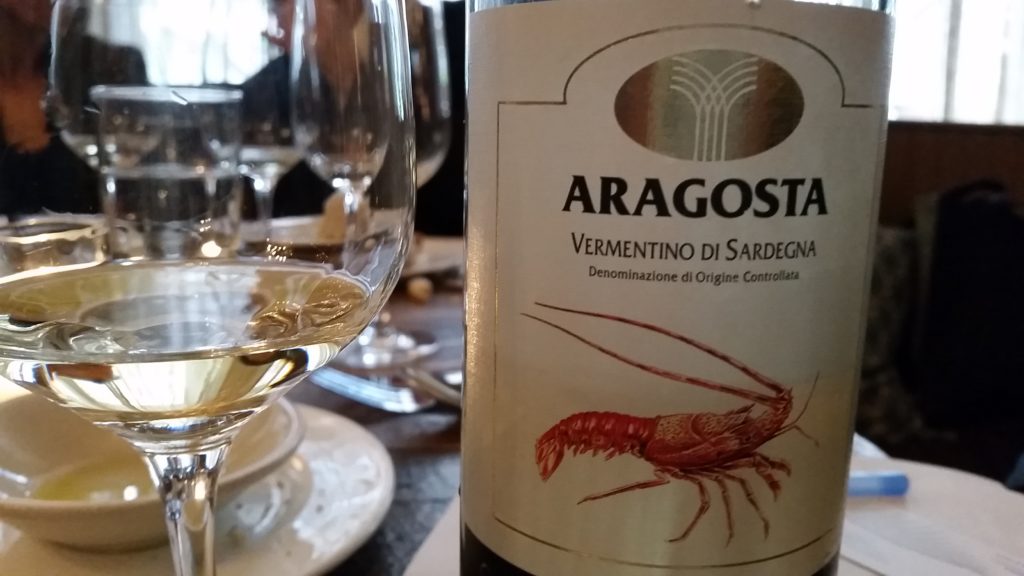 Aragosta Vermentino di Sardegna DOC 2015 is a still wine made with 100% Vermentino. Aromas of white flowers and green apples with a hint of grassiness fill the glass. The palate express the crisp minerality of this wine with soft flavors of apple and melon. True expression of the region. SRP $16 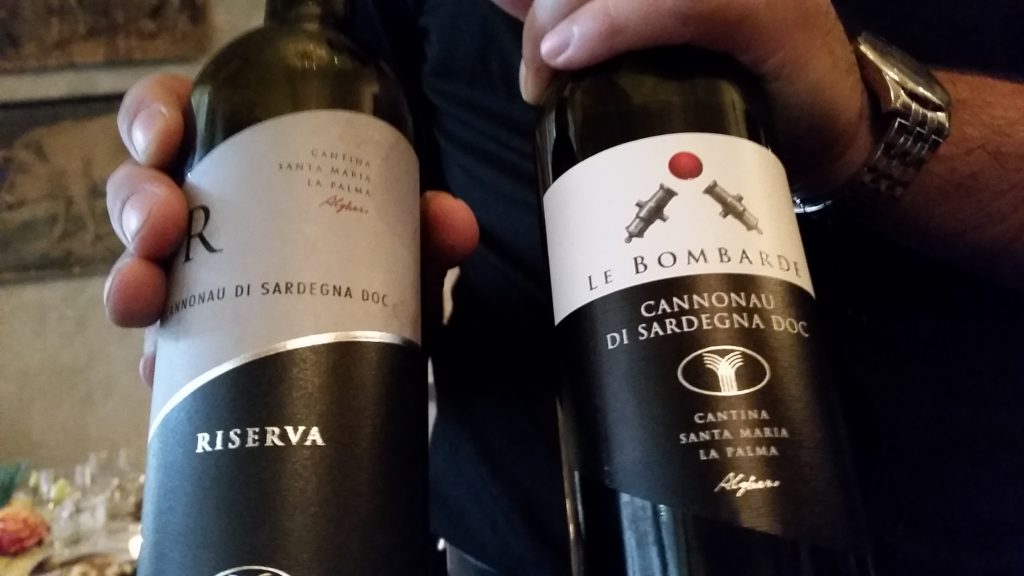 La Bombarde Cannonau di Sardegna DOC 2014 is made with 100% Cannonau grapes. The cannons on the label represents the symbol of defense and pride the people of Sardinia have and of the strong and determined character of the people and the grapes. I found this wine a bit light on the palate with flavors of cherry and cranberries. The minerality comes through with stone and slate. It does have a hint of spice on the finish. SRP $16

Cannonau Di Sardegna DOC Riserva 2013 made with 100% Cannonau grapes and aged in French oak for 2 years. This is a full bodied wine with cherry, raspberry, red fruit and black pepper aromas. Rounding out in the glass were nice tannin structure, red fruit and a nice spicy finish that lingers on the tip of your tongue. SRP $21

What surprised me the most with these wines is that you would think the reds would have really worked well with the lamb. However, the lamb negated the wine and took the flavors away. The tagliatelle lobster dish went the best with the reds. Don’t be afraid to try different pairings, you never know what you find.