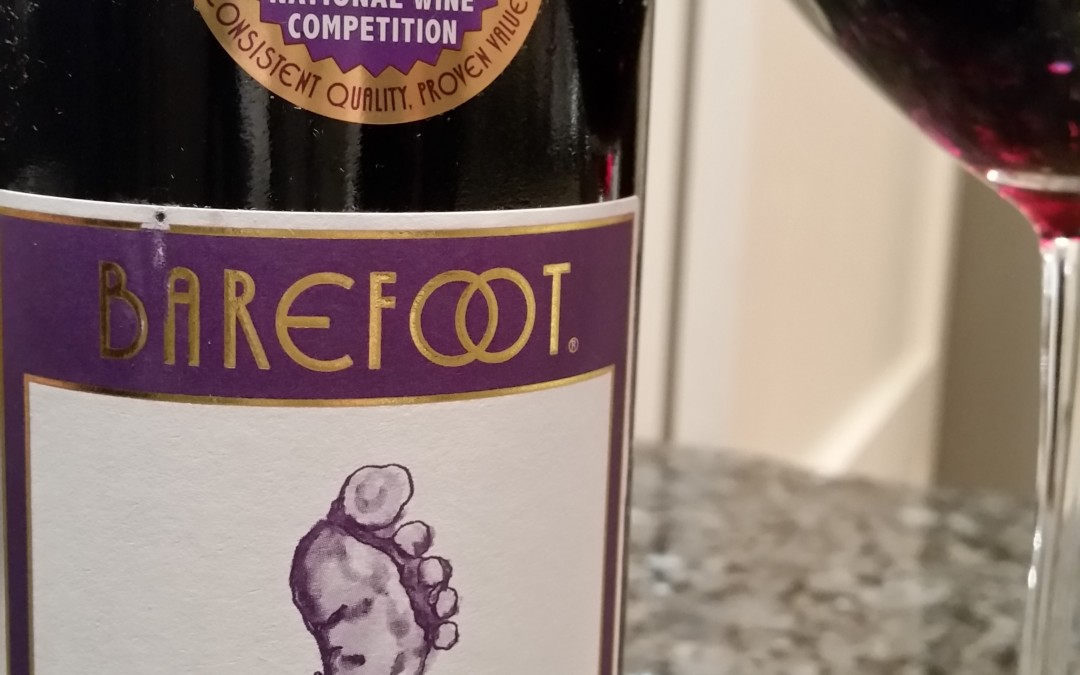 Yes I know Summer is over, but there is still no reason to put the socks on yet.  I recently got Barefoot with Barefoot Cabernet Sauvignon.

Let me give you a little background on Barefoot Wine.  It began by accident in the mid 1980’s but the name goes back to 1965 and a former newspaper reporter Davis Bynum who had a passion for wine and started a winery in Berkeley in the 1960’s. In 1973 Davis moved to Healdsburg where he would become one of the pioneers of the Pinot Noir movement. In 1974 he stopped making Barefoot and the name ceased.

Fast forward to 1985 and enter Michael Houlihan and Bonnie Harvey living in Somona.  Bonnie was hired by her friend Mark Lyon a winemaker to handle his office.  One of the problems she uncovered was that one of his client owed him money for his 1984 crop of grapes.  Yes 300 tons of grapes weren’t paid for. Bonnie figured Michael could assist Mark in getting part of the money. Unfortunately the client was in bankruptcy and taken over by creditors.

Michael found himself in a room at this winery with wine in tanks and it had nowhere to go.  Ding, Ding…Michael suggested that the wine in the tanks gets bottled and given to them for payment.  The next thing they had 18,000 cases of wine. In short that was the beginning of Barefoot Wine. (For the complete story I suggest you read “The Barefoot Spirit” by Michael Houlihan & Bonnie Harvey.) Today Barefoot is owned by Gallo.

I have to admit, I’ve never been a huge fan of the Barefoot wine. When they reached out to me, I thought I would give it a try with an open mind. I really wanted to try this with my daughter, who I think would have enjoyed this wine, but our schedules never worked out.

I tasted this with Melanie in mind and do think it was a good wine her.

The Barefoot NV Cabernet Sauvignon is made with grapes from Argentina.  Aromas of red fruit and red berry jam filled the glass. The wine was very fruit forward and full of jammy flavors with a hint of clove and vanilla on the finish.

Barefoot Cabernet is fairly inexpensive as a normal bottle will run you about $5.99 and a 1.5 liter will run approximately $9.99.