It’s with great sadness I write this blog entry. Ben Feder, owner and winemaker of Clinton Vineyards passed away on September 24, 2009 after a battle with cancer.

Over the past two years I have gotten to know Ben along with his wife Phyllis. Ben was a charming, loving man who always had a smile on his face. It is that smile and upbeat personality that will be my memory of him.

Ben wasn’t always a winemaker. In fact, he was a city boy, a graphic artist and book designer in New York City, by trade. In 1969 he purchased a rundown 100 acre dairy farm in Clinton Corners, NY. At first the cows and Ben didn’t hit it off. Ben who was always intrigued by winemaking sought advice from winemaker Herman Wiemer, who at the time made wine for Walter S. Taylor at Bully Hill Vineyard. Herman’s advice to Ben was to grow Seyval Blanc. Ben took Herman’s advice and the cows left the pasture and the grapes were planted. In 1977 Ben had his first vintage. 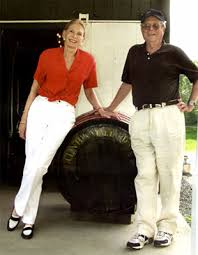 Ben who had previously been married twice before, married the love of his life, Phyllis Flood on June 23, 1989. They just celebrated their 20 year anniversary.

This past June the Hudson Valley Wine & Grape Association honored Ben with the “Hudson Valley Viritas Award” for his lifetime achievement for visionary leadership in Hudson Valley Winemaking.What an honor it was to see Ben so happy and surrounded by his friends and family. 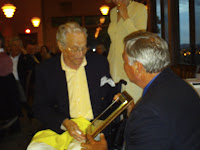 My thoughts and prayers go out the Feder family. Ben will be missed, but his vision will live on.