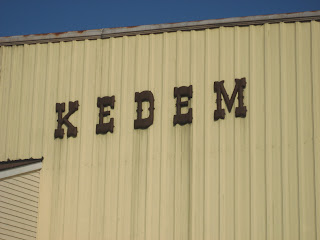 Tucked away in Marlboro, NY is a winery called Kedem.  Many of you have driven down Rt 9W and passed the winery, many see the billboards, but do you know much about this winery?  If you are Jewish, probably, otherwise I would say you most likely don’t.

I drive by this winery all the time. I always say, “I have to stop in there one day.” One day a few years ago when WBW was on kosher wines, I did stop by, but it was during a Jewish holiday and they were closed. I tried.

Now I made it a point.  I’ve been most of the wineries in the valley, why not Kedem.  I stopped there one day on my way home from Newburgh.  I went and had a tasting (that will be next weeks post) and inquired on an interview.  I was sent behind the winery, up the hill to a house and was told to speak with Betty.

Betty is a wonderful woman.  She’s been with Kedem for 30+ years. I can tell she takes care of everything.  Betty set me up an appointment with Michael.  I was not quite sure what to expect when I showed up to speak with Michael.  I found a wonderful and proud gentleman and a gracious host! 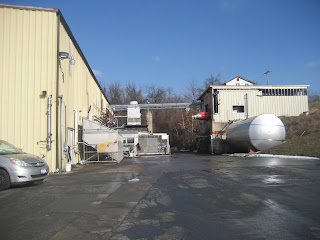 After introductions, he said he knew I just launched a wine.  WOW!  He did his research on me.  He was thrilled to tell me about the business and the family history.

In 1990 Michael’s dad passed away and at the age of 28 he was thrown into the family business. Michael’s father and his 3 brothers ran the business until Michael’s fathers passing.  His three brothers are still involved with the business today.  Herman is the oldest and works at the Bayonne, NJ site and takes care of charities.  Phil is the President and David who is the youngest is the CEO.  Michael has 3 brothers and 3 sisters and his three brothers are in the family business today.  His brother Eli is in charge of the Bayonne, NJ site, his brother Joseph is in charge of their California property Herzog Cellars and Morris is stationed in Europe in charge of both purchasing and exporting to the region. When I asked Michael about Kedem’s growth he responded “GOD is influential in our growth and the Jewish population is growing.”  He also remarked that younger drinkers want it dry.  With that being said, he does see the New York market liking the wine on the sweet side.

Kedem is a gravity flow winery where the truck pulls in above and the grapes are sorted and crushed.  Then the juice flows into the winery where it is heated through these pipes and travels to the tanks. They use natural indigenous yeast and Kosher wine when sweetened is done so with with cane sugar or grape juice.

All the wine made in New York State with New York grapes are processed at the winery in Marlboro.  They produce 4 million gallons of juice and wine.  When it’s time for bottling a truck pulls up and is filled with the juice or wine and it is transported to their Bayonne, New Jersey facility where all the bottling is done. From there it gets distributed.

A little history on Kedem Winery and the Royal Wine Corporation.The Herzog’s winemaking roots date back to the 19th century in Czechoslovakia.  Founded in 1848 the Herzog family winery was renowned as the wine supplier to the emperor of the Austro-Hungarian Empire, Emperor Franz Joseph.  It is through this relationship that earned Phillip Herzog the royal title of Baron.
During WWII the winery was seized by Nazis and the Herzog family went into hiding. In 1948 after the Communist takeover in Czechoslovakia, head of the family, Yonah Herzog decided to move the family to the United States.
After arriving in the United States in 1948, Yonah went to work for Babad wine company which was then renamed Royal Wine Corporation as a winemaker, truck driver and salesman.  The company produced various brands of sweet kosher wine.  Yonah was paid partly in shares of the company.
In 1950 following the advice of Yonah, the company began to sell wine under the brand name of Kedem and they introduced Yonah’s innovation of dry kosher wines into the marketplace.
In 1957 Royal Wine corporation moved its operations from the Lower East Side of Manhattan to Long Island City.
1958 Yonah being the very smart man he was, became the majority shareholder of Royal Wine Corporation and bought out the other partners.  His sons moved into the business and they began building the company and changing the way kosher-certified wines are marketed and sold in the United States.
1959 Yonah began to produce high quality grape juice from premium quality grapes.  This led to the first kosher grape juice in the United States. 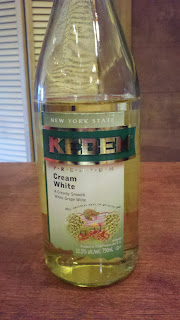 1960 the Herzogs introduced Kedem Cream Pink and White wines. The Herzog family adopted an ironclad adherence to strict kosher supervision and production practices at all time.  Only Sabbath observant people are permitted to be physically involved in all aspects of production.  This is still in effect today.
1965 the Herzogs opened the winery in Milton, New York.  They chose this location because it was close to the grape growers and to Brooklyn.
1966 Royal Wine Corporation moved from Long Island City to a larger facility in the Bronx.
1976 Royal Wine Corporation to meet the growing consumer demand for new wines, began to import wines produced all over the world.
1983 Kedem built a state of the art facility in Marlboro, NY and moved from Milton.
1984 the Baron Herzog wines produced in California were introduced.  Before they purchased what they have today in California, they used a kosher custom crush facilities and oversaw the wine production by visiting ever few months.
1985 was the introduction of the Kedem Sparkling Grape Juice
1988 Royal Wine Corporation and Baron Edmond Rothschild began to work together and introduced the first Kosher Rothschild French wine. 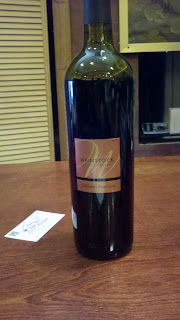 1994 Royal Wine Corporation purchased a boutique winery called Weinstock Cellars
May of 2001 the company moved to Bayonne, New Jersey where they have a state of the art corporate facility complete with a temperature-controlled warehouse.
2004 Baron Herzog Wine Cellars in California built a new state of the art winery in Oxnard, CA
Today, Royal distributes wines and grape juice to more than 16 countries worldwide.  They are the largest producer, importer and distributor of wines and spirits bearing kosher certification in the world.