Levant – The Ancient Area of Winemaking 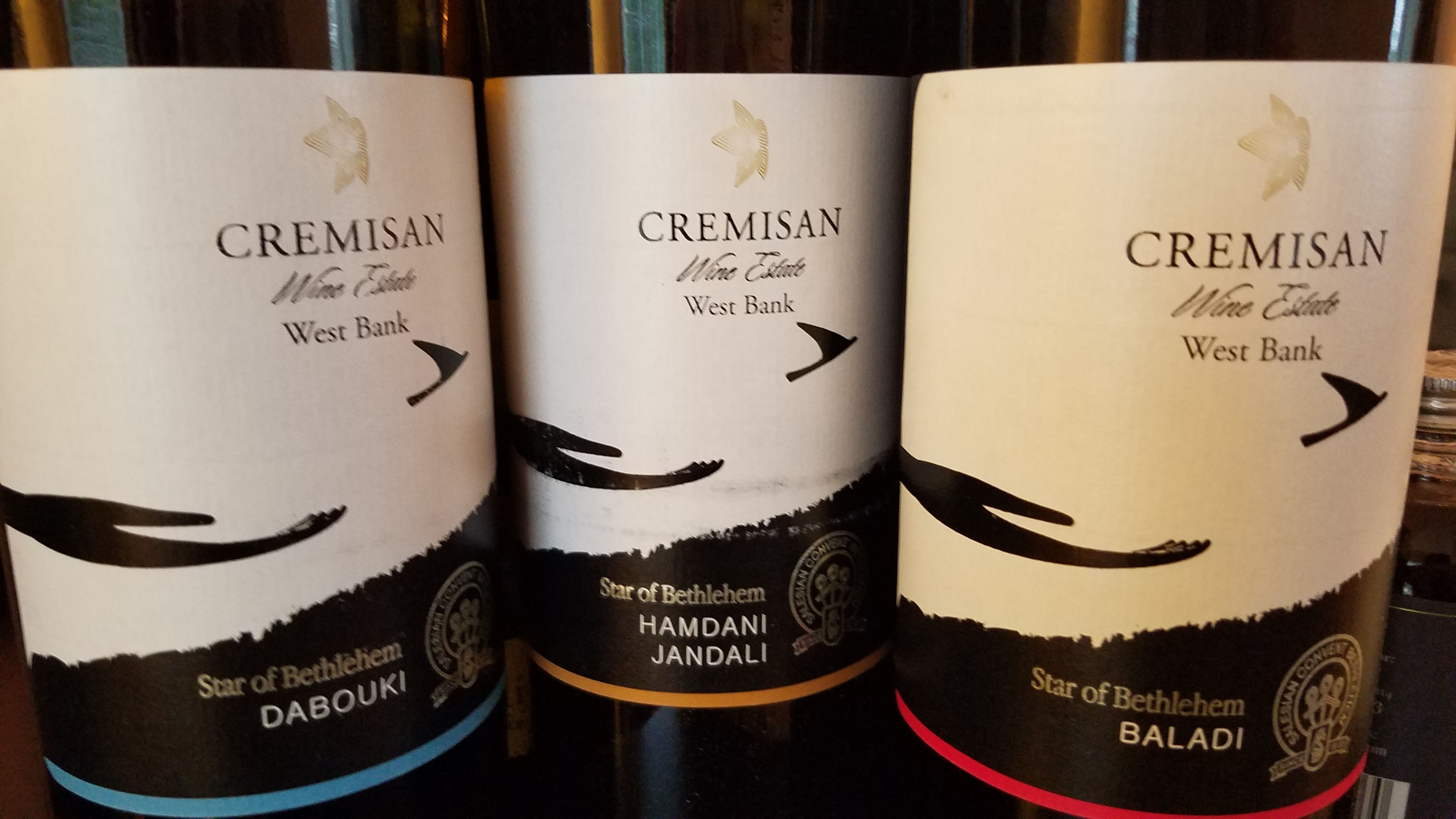 The first time I heard the term Levant wine was August during our #winestudio program with Cremsin Wines. I was trying to grasp the term. Did it mean a region, a type of wine? What did it mean Levant wine?

In the four weeks that followed and thanks to Jason Bajalia from Terra Sancta Trading Company, I learned a lot about Levant wine and the region. You have to put your politics aside and open your palate and there is a whole new world of wine that has been there long before vines ever made it to Europe.

What does the term Levant mean? Levant is a historical geographic term that refers to the area bordering the Eastern Mediterranean sea, that includes Cyprus, Israel, Jordan, Lebanon, Palestine and Syria. The region has a population of 44,550,926 with the largest cities being Damascus, Amnan, Alepo, Baghdad, Beirut, Gaza, Jerusalem and Tel Aviv. Winemaking is part of the history, religion and folklore of this ancient historical region.It’s where wine originally came from.

How do these wines get to your table. It’s thank to people like Jason Bajalia who started Terra Sancta Trading Company to research and bring these wines to you. Jason was born and raised in San Francisco to Palestinian parents. He worked in the food and beverage industry before starting Terra Sancta. The history of alcohol in the region and his ancestral connection to the land is what led Jason to the region. He wants to introduce people to these products and help them understand the importance of the Levant today and the roll it has played in shaping the beverage industry. Jason has introduce me to Cremisan Wines and the indigenous varietals of Dabouki, Baladi, Hamdani and Jandali and I to you.

Cremisan is located between Israeli apartment blocks and Palestinian luxury villas on the border between the West Bank and Jerusalem. The main building is actually in Jerusalem and the store room that sits on the other side of the parking lot is in the West Bank.

Founded in 1885 Cremisan is run by the Salesian’s, a Catholic order of monks. Proceeds from the wine sales benefit the educational and charitable works of the Salesian order in the Holy Land. The works include a school and orphanage in Bethlehem.

In 2000 Italian wine maker Riccardo Cotarella visited the winery when touring the Holy Land. He fell in love with the area but found the winery lacking and set out to do something about it. He generously paid for the education of some of the young workers, and brought them to Italy for internships where they could expand on their knowledge of the trade.

Cotarella encouraged Cremisan to change their focus to native grapes that at the time they were only using in blends.

Cremisan is the most important winery in Palestinian, it was the first to enter wines in competitions for scoring and the first to be exported to Europe and USA. 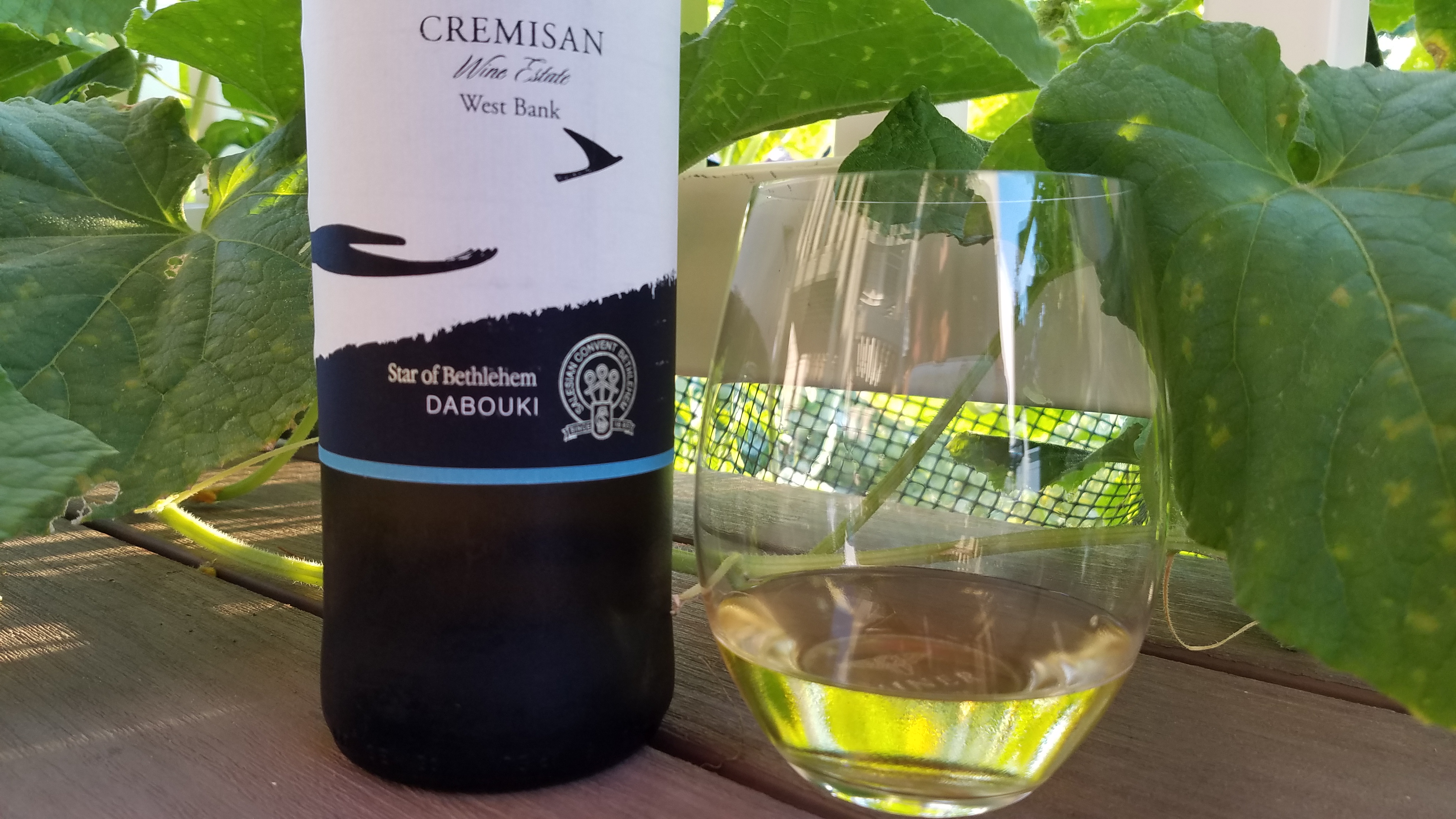 Dabouki means sticky in Arabic. The current Dabouki vines are between 80 and 100 years old. It grows in rocky, chalky limestone soil with a layer of humus in vineyards with many micro-climates. With aromas of golden apples, white flowers, fresh cut grass and lemon leads to a palate with hints of apricot, lemon and a zing of spice on the finish. A well balanced wine that is very food friendly. Went great with tomato salad and goat cheese and with BBQ chicken, the marinade seemed sweeter. 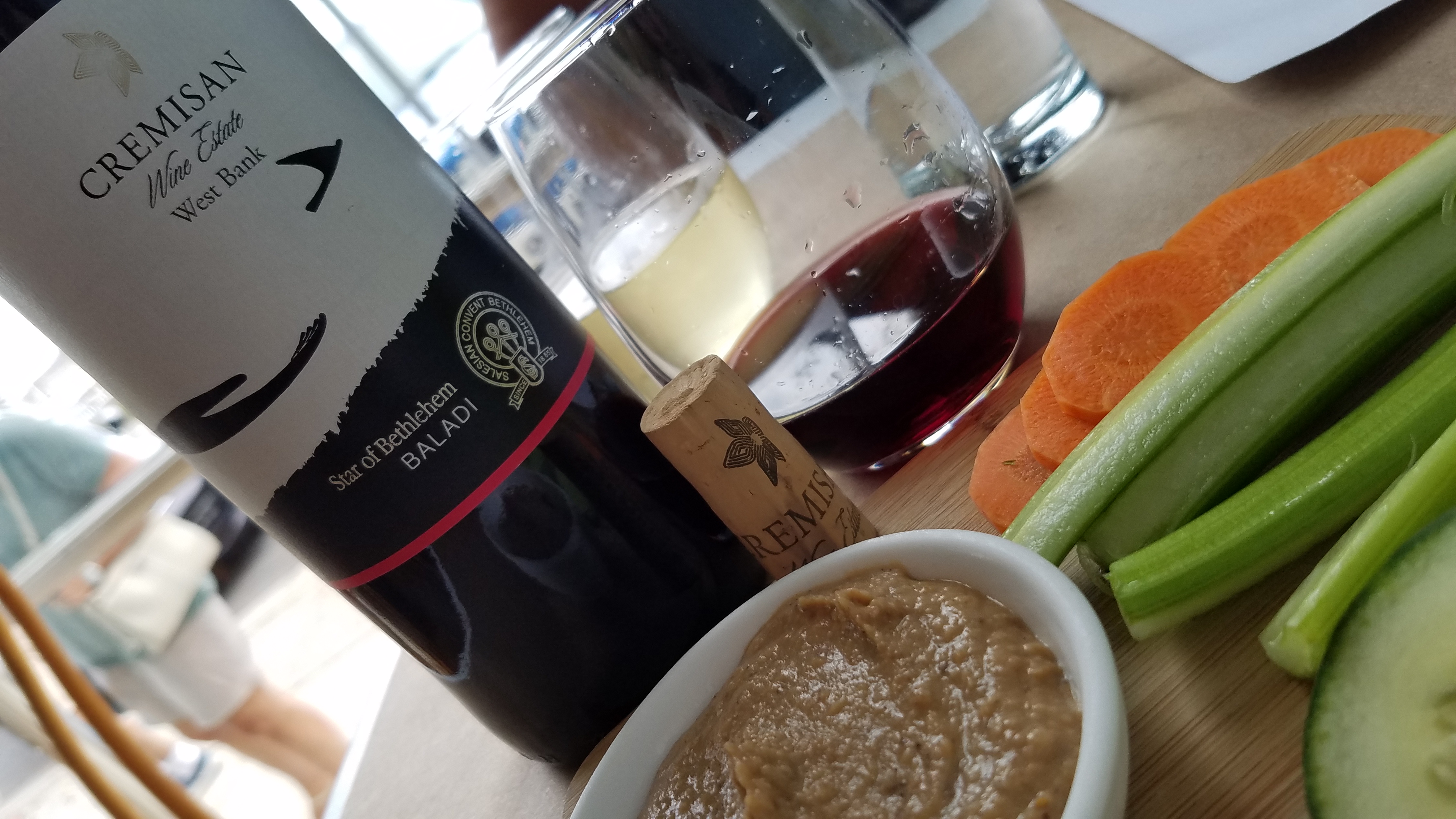 Baladi means local in Arabic. Local is, as I took this wine to a local restaurant, Kitchen 330 and shared it with my neighbor from Rombout Road who took the ferry over for the evening. With hints of earth and smoke leading to flavors of red fruit, black raspberry, blackberry with hints of licorice on the finish, this too, was very food friendly. Paired great with the hummus appetizer and really complimented the bacon with the monkfish that was wrapped in cherrywood smoked bacon and the scallops and prawn dish with coconut saffron risotto and andouille sausage.

This wine is Cremisan’s “rockstar,” it put the winery on the map with Gold medals and 90pt scores. The grapes are grown mostly in the Bethlehem and Hebron at elevations of 2600 feet. The cooler micro-climate allows the grapes to have longer hang times and more controlled ripening. You get a better structure and balance between the acids and sugars in the grapes.Hamdani can be very similar to Chenin Blanc in character and Jandali brings a blast of acidity to the wine. The wine had nice minerality and acidity with subtle hints of stone fruit and a white pepper finish.