All the big hype for the Super Bowl on Sunday and what a let down. I love football and was bummed I didn’t get to yell and scream for either team. (I didn’t have a favorite)  It wasn’t a very exciting game unless you were a Seahawks fan. But then again, some could say it was over after the first few plays of the game.

In any event the menu for Super Bowl Sunday is similar to planning for the Holidays.  What will you serve both food and beverages.  Being that is was just Paul and I, Super Bowl had to be planned for two. We got the smoker up and kicking and the menu for the night was ribs and wings.

The afternoon began with a black bean hummus and wasabi deviled eggs.  I have to say, those were gone before the game even began.  I was lucky to get a few of the eggs. 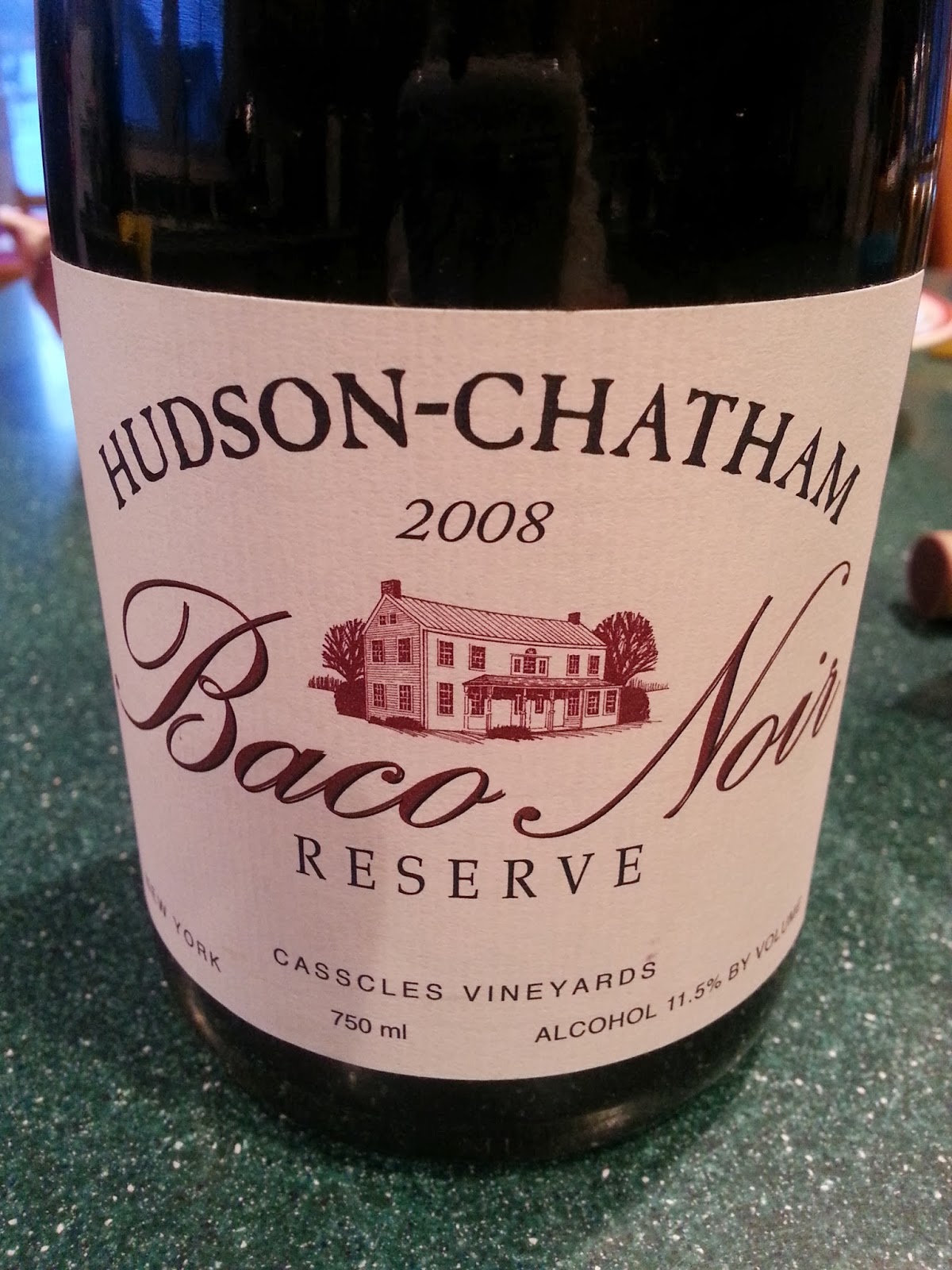 What to pair with what was on the smoker.  I always think of ribs with a Hudson Valley Baco Noir.  Out came Hudson-Chatham’s 2008 Baco Noir. I was saving it for a vertical tasting but I ruined that thought by popping the cork.

This was my first time smoking wings.  My friend Mary gave me the idea when she smoked them and wrote about  them on her blog Vindulge.  They were the juiciest wings I ever ate!  They were wonderful.  I had my buffalo style while Paul had his BBQ style.  The only thing I was disappointed in was they didn’t get nice and crispy and that is a must for me.  However, my smoker was only at 225 the entire time.  I suppose if I didn’t have the ribs in there, I could have jacked up the heat to crisp them. 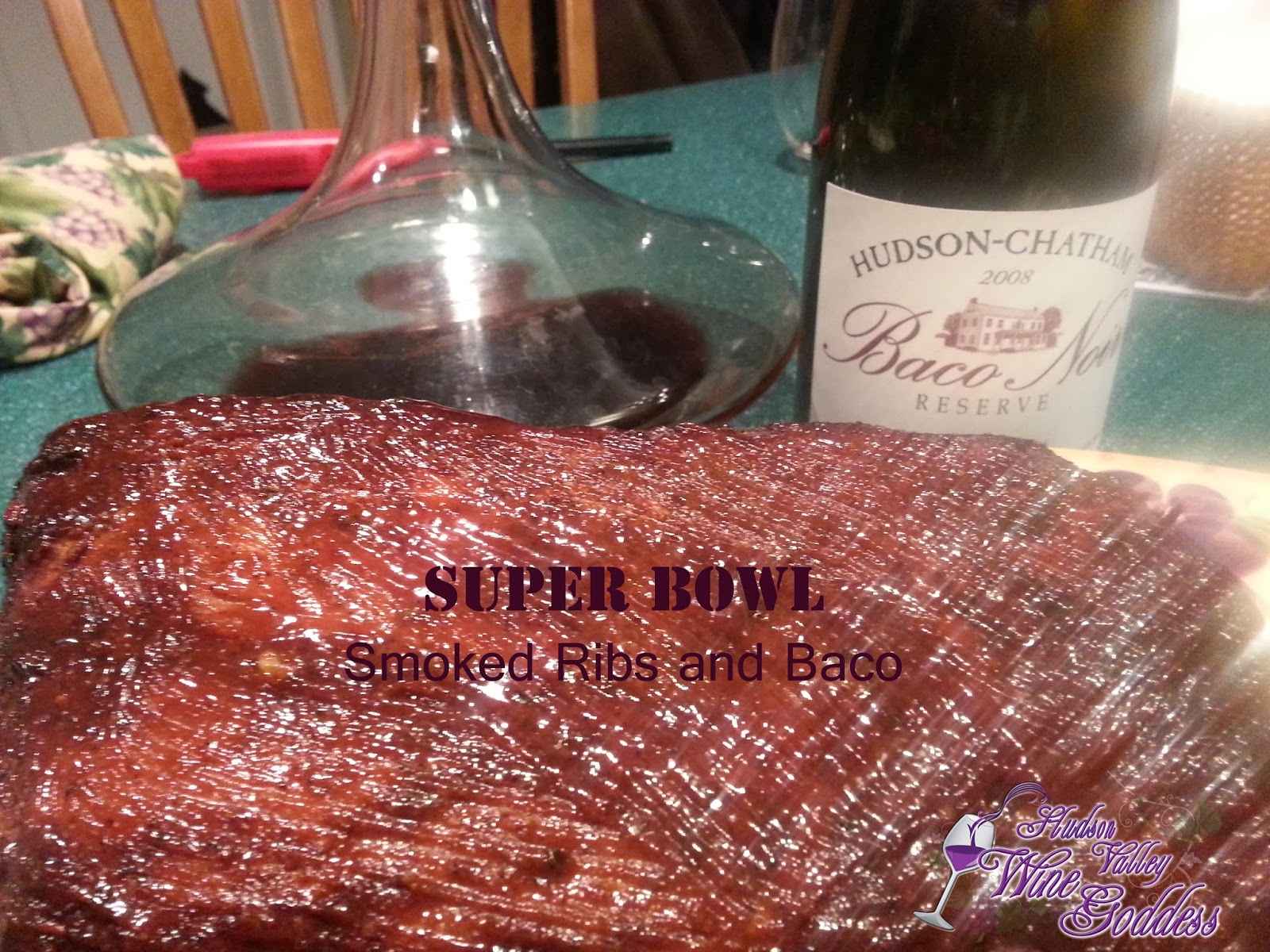 Then came the main course…the ribs!  They were the best ribs I made yet and paired beautifully with the Baco.

The wine:  Hudson Chatham’s Hudson Valley 2008 Baco Noir Reserve from Casscles Vineyard had the coloring of cherry cola.  Some aromas of black cherry, bit of earth, hint of tobacco, oak and vanilla filled the glass.  Black cherry fruit on the palate with a bit of acidity that really cut right through the fat on the pork ribs. That’s what made it such a great pairing!

The ribs: The ribs take a night prep.  I rub the ribs with my favorite rub and let it sit overnight. I usually use a cajun or bbq style rub.  On smoking day, the ribs will take about 3 hours to smoke.  About half way into the smoking cycle, I basted with my homemade BBQ sauce (recipe below) and then baste again when they come off the smoker. I must say…delish!

Put everything in a saucepan and stir.  Simmer for about 1/2 hour stirring frequently.