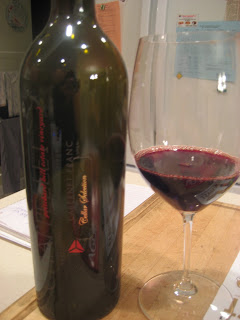 Another goodie pulled from the depths of my wine cellar.  One of these days I must go in and take inventory of what I have and need to drink NOW.

The nose was filled with plum, black cherry and hints of black pepper.  Background notes of cedar and dark chocolate became apparent as the wine began to open.

The palate opened up nicely to red fruit and cherry.  Nuances of forest pine and earth make showed as flavors of black tea and tobacco round out the taste.  The finish…my favorite, black pepper spice! That has become my personal benchmark for Cab Franc.