The State of the New York Wine Industry

Let me tell you right now New York state wine is in trouble.

There is a glut of wine in the world.

There has never been more cheap wine available in the marketplace.

There has never been a time when there have been more wineries in New York.

There has never been so much New York wine and so few places to sell it.

There has never been so much good wine being made in New York as there is now. Long Island and the Finger Lakes get 90s repeatedly now from Wine Spectator and Wine Enthusiast, and wines are improving in the Niagara and the Hudson Valley on a daily basis.

The Governor and the legislature have abandoned the wine industry in New York. In other states, hell, in other countries smaller than New York state, the wine industry is praised and courted, and supported by government. Other state and federal governments see the value in the billions of dollars the wine industries brings to their regions via sales and tourism – $3+ billion alone. But New York is so uniquely, so ineptly, and so badly run, that political infighting and pork far outweigh common good in this most corrupt and selfish of states. The buffoons who hold the chambers of the legislature at the state house are more like Dom Delouise playing Nero while Albany and NYC burn (I would say the Keystone Cops except the situation is so onerous – so potentially deadly to an entire industry).

Poor Jim Trezise is a good man. He has been a one-man cheerleader for the state for decades. He has overseen tremendous growth. He himself is indefatigable, but his offices are under-funded and under-staffed. Personally, I’d like to see a slight redirection of the foundation and what it provides, but that’s beside the point. And the lawmakers only see him as a black hole in the budget instead of a shiny gold ribbon on their lapel.

With the defeat of the grocery store effort, the wineries now face stagnation.

The New York Legislature will zero out the wine budget soon. It’s down to around $700,000, and the looming budget deficit makes it unlikely that the wineries will get anything at all in the next budget.

Who will save us?

Isn’t that the question? This seems to be the refrain. After a very good last year for New Your state wineries, the real question is – how will you save yourself? I am reminded of the campaign of Clinton versus Dole. Pointing to the disagreement between himself and Dole about the proper size and role of government, Clinton said during the campaign that Americans had the choice of building a bridge to the future together…or saying: “There’s the future, there’s the valley; I hope you can get across it, good luck.”

And that’s where the wineries are in New York right now. They’ve been abandoned by the government and it’s leaders. Where do they go? What do they do?

There are no winery political action committees in New York. Winemakers by and large are farmers, and not prone to such wranglings. There is no state run organization that rallies the winery owners to action. There are no winery owners, save Scott Osborn, who will stick their neck out far enough to try a new direction. Like lambs to the slaughter, New York winery owners dodder their way to execution like spring lambs (rubbing our hands and looking at each other with worried faces as we go).

Cornell’s scientists will not lead you. That’s not their job. They can tell you what to plant, where to plant, what to spray, and who to call, but they cannot save the wine industry. It’s a business, and it takes a businessman’s acumen.

What wineries need to do to insure their own future:
1. A coalition that can have representation in Albany in a bigger way
2. They need more, not fewer funds, for Uncork NY
3. UNCORKNY needs redirection
4. They need to make sure that the next time the grocery store fight comes around, that their

5. best interests are written into the law
6. They need to insure better branding of New York state wines
7. They need to get more and more face time with local liquor stores and restaurants
8. They need to insure that NY state wine increases its marketing materials for wineries to use in stores
9. Wineries need to get more help from their local or county chambers of commerce and tourism bureaus (some or great partners; some are not partners at all)
10. Wineries need to market themselves better to their local media, in the press, on the radio, in local lifestyle magazines, and on the internet.

Until they do, New York wineries will continue to lose ground. 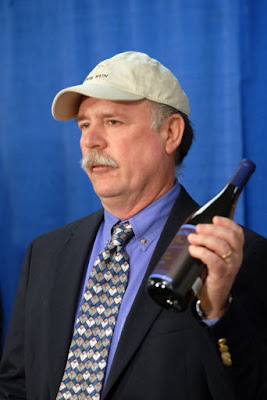 So, who will lead New York State wine? Scott Osborne has tried…and is still trying. But few winery owners want to antagonize the few stores that currently help them. And he’s been sabotaged by poorly written legislation. 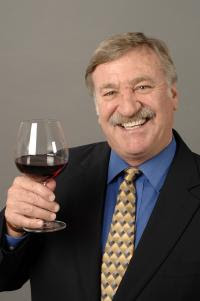 Jim Trezise? He has presided over New York state’s coming out party for the last 20 years. He has done a tremendous job. He’s a good man, but his function is that of a publicist – not that of a marketing, branding executive who will lead large sales initiatives or dialogues with the liquor stores. No doubt, he deserves a place at the table, but he’s not a businessman to lead the charge and make dynamic inroads. John Dyson? No, he’s already spent so much of his energy on establishing the Farm Winery Act and putting together a tremendous portfolio of wineries. He must be tired. What else do he have to prove? 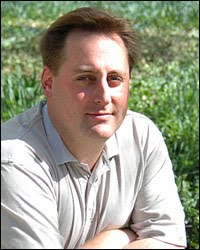 Can James Molesworth carry the state all by himself? He’s been kind to New York, and has recognized the quality the state is producing, but he won’t save the wineries from their own ineptitude. 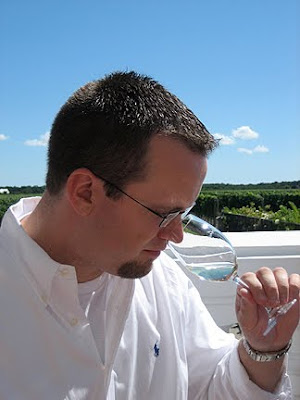 Lenn Thompson is as big a cheerleader as New York has had in 20 years. Wouldn’t be surprised to see Lenn become the next Jim Trezise 10 or 20 years from now. He’d be a good candidate for it. So is Morgen McLaughlin. She has the marketing savvy, but is she too tied to the Finger Lakes? She’s done a tremendous job promoting that region. She’s certainly one of the best in the business. (p.s. for those of you trying to stir up trouble, neither has broached any interest in Jim’s job that I know of…merely making a point.) 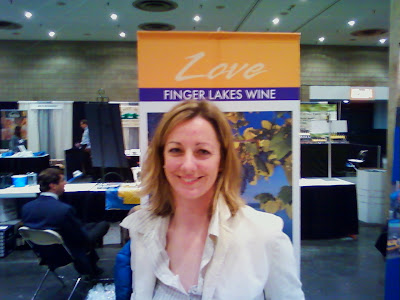 But neither Lenn nor Morgan will make a deal that will set the New York liquor stores on the path to discipleship and love with New York state wine.

Will a liquor store owner rise up to save the wine business? A politician? A grower? A writer? A blogger? Not likely.

In the meantime, states like California, Oregon, Washington, and Virginia, are outspending, and outperforming New York wine. They have bigger, smarter, and more aggressive campaigns. Countries like Chile, Argentina, Australia, Spain, Italy and France all spend way more money than New York state to promote their wines in New York than New York does.