Tucked away in the Lujan de Cuyo region of Mendoza, Argentina sits Vina Alicia that began in 1998 by Alicia Mateu Arizu, wife of the well known winemaker Alberto Arizu (owner of the Luigi Bosca Winery).  Alicia began the commercialization of hte wines that bear her name with the youngest of her three sons, Rodrigo Arizu.

The winery is surrounded by a 10 hectare vineyard, the winery has a production capacity of 50,000 liters, but only commercializes 25,000 bottles per year of Vina Alicia’s wine and 80,000 bottles of Paso Paso de Piedra’s wines.

Now that we know what vineyard the Syrah I tasted came from, let go right on over to the tasting notes. 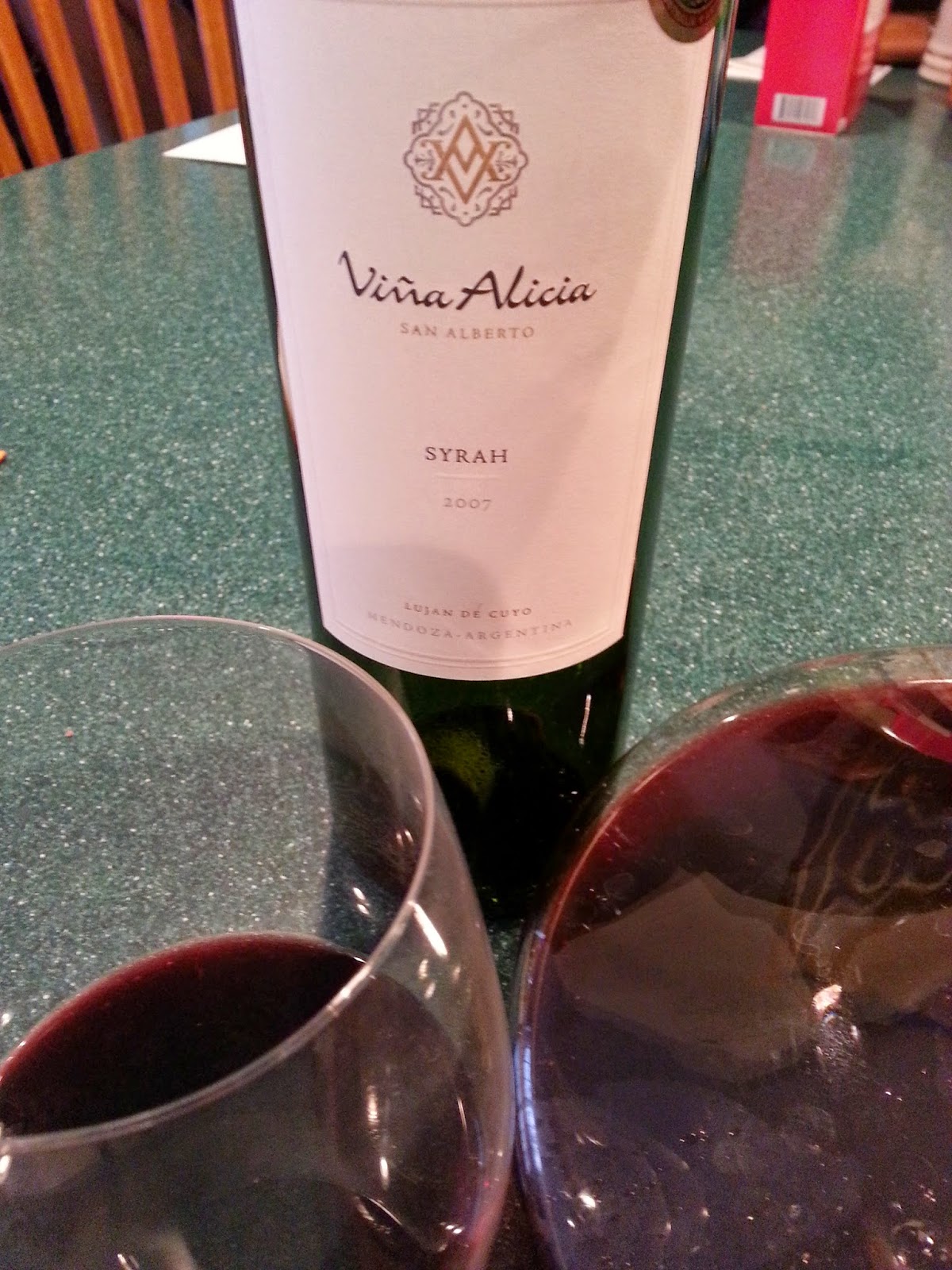 The 2007 Vina Alicia San Alberto Syrah is 100% Syrah from the San Alberto vineyard.  The Syrah had long skin contact, aged in oak for 12 months and bottled without filtration.

A complex bouquet that was woody, a bit of a cigar box with black fruit notes of plums and blackberries.

Once in your mouth, flavors of ripe, juicy blackberry and plum.  There was a little bit of menthol towards the finish.

We did have a slight issue with the cork as it broke off and we had to push the other half into the bottle. But not to worry, a strainer right into the decanter was a great fix.

If you can find this wine, it will be a nice wine for fall.  Cheers!