What do Yoga, Wine & Chocolate Have In Common 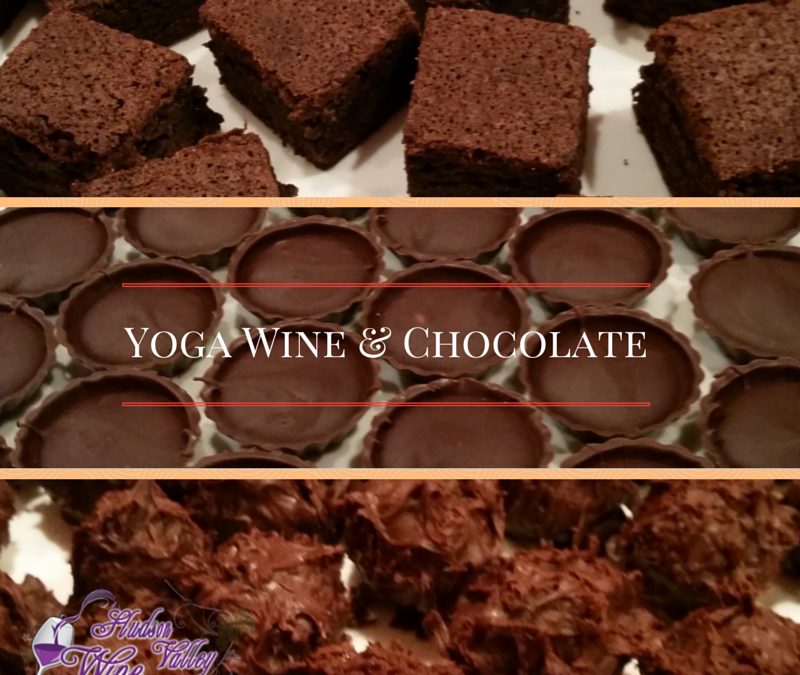 They are all offered with a yoga class.  Who wouldn’t sign up for a Yoga class when in the end you get rewarded with wine and chocolate. Certainly not me and when I realized I was going to be in town the evening it was being offered of course I signed up.
An evening of Yoga, Wine & Chocolate at the Congress Hotel, how lucky can a girl get. With yoga mat in tow, I showed up ready to twist, turn, stretch, balance and most importantly de-stress and relax.
About half way through the yoga class the torture started.  No it wasn’t the yoga moves it was the smell of chocolate baking. I don’t know if it was brownies, cookies or a cake, but what a way to tease the room. Inhaling the aroma really got you excited for what was to follow. 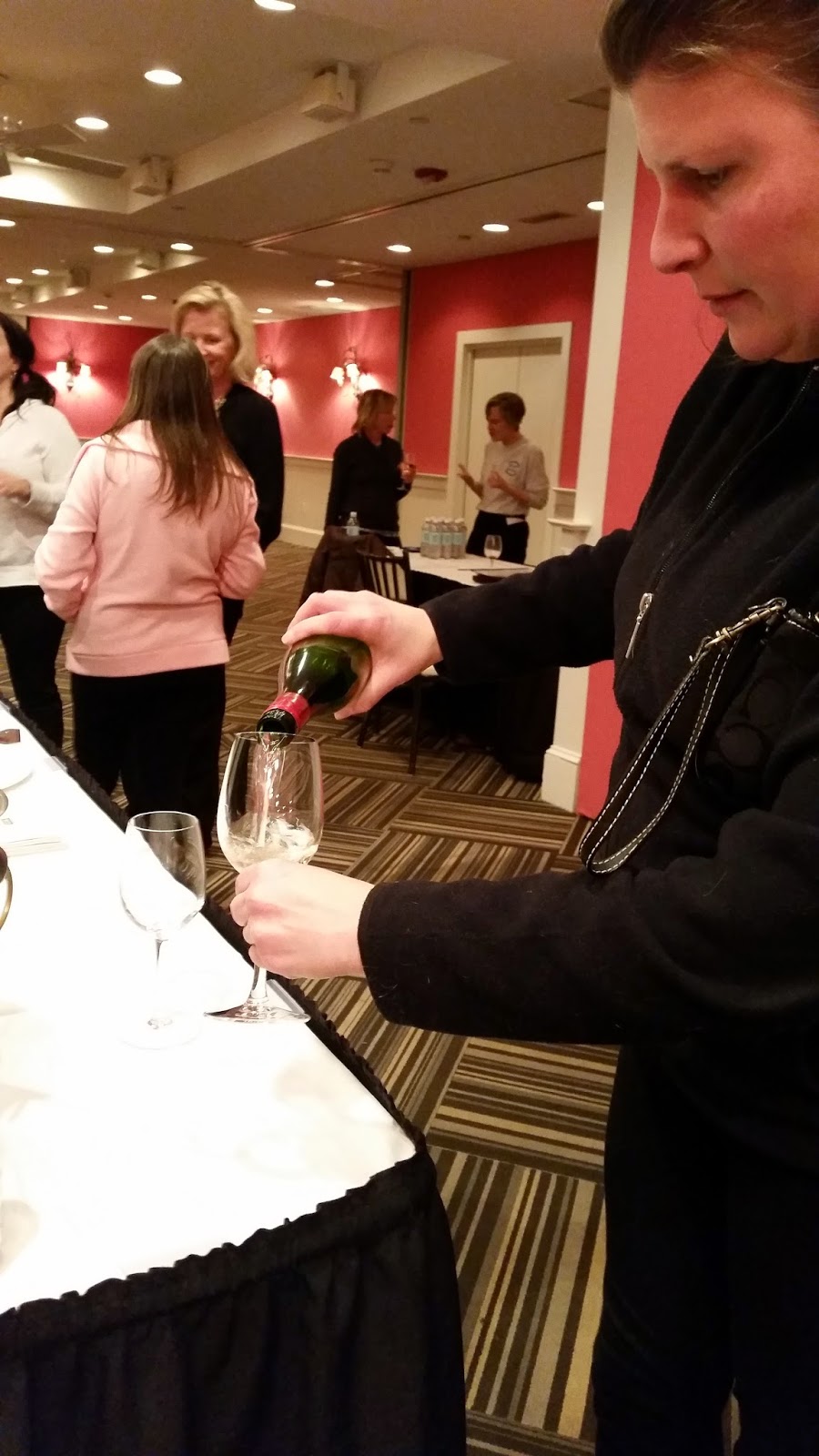 No sooner after an hour and fifteen minutes of yoga did we roll up those mates and b-line it to the wine and chocolate that was waiting for us at the tables behind us. 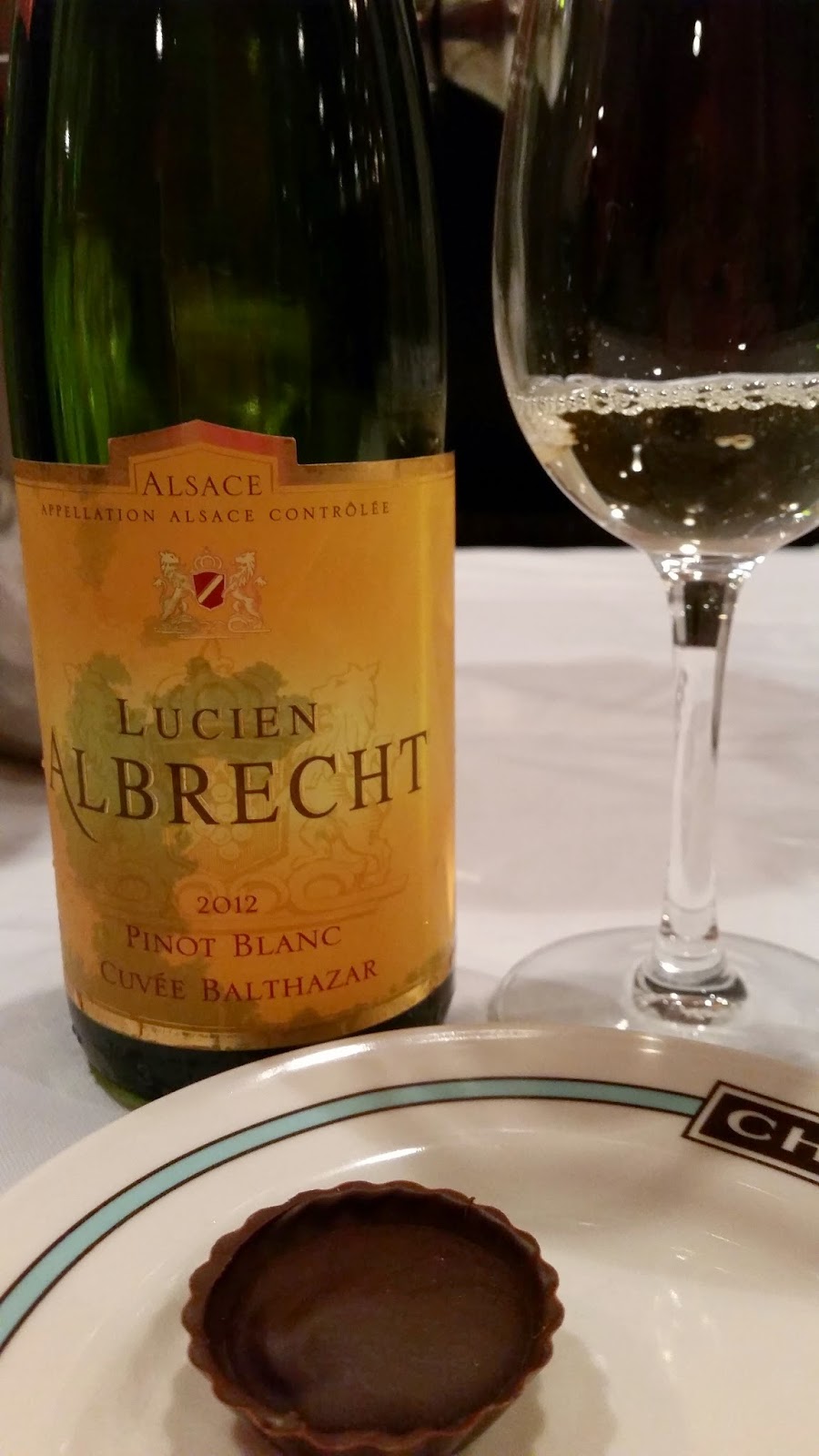 The first pairing was Strawberry Infused Chocolate Tart paired with 2012 Lucien Albrecht Cuvee Balthzar Pinot Blanc.  I really like the Pinot Blanc!  It’s nice, fresh and energizing after yoga.  The Strawberry Infused Chocolate Tart was delicious.  However, the two didn’t pair well together. A Pinot Noir would have been a better pairing and it would have complimented the strawberry flavor in the tart. I would highly suggest the Pinot Blanc for a great summer sipper by the pool and or paired with soft cheese. SRP $13.99 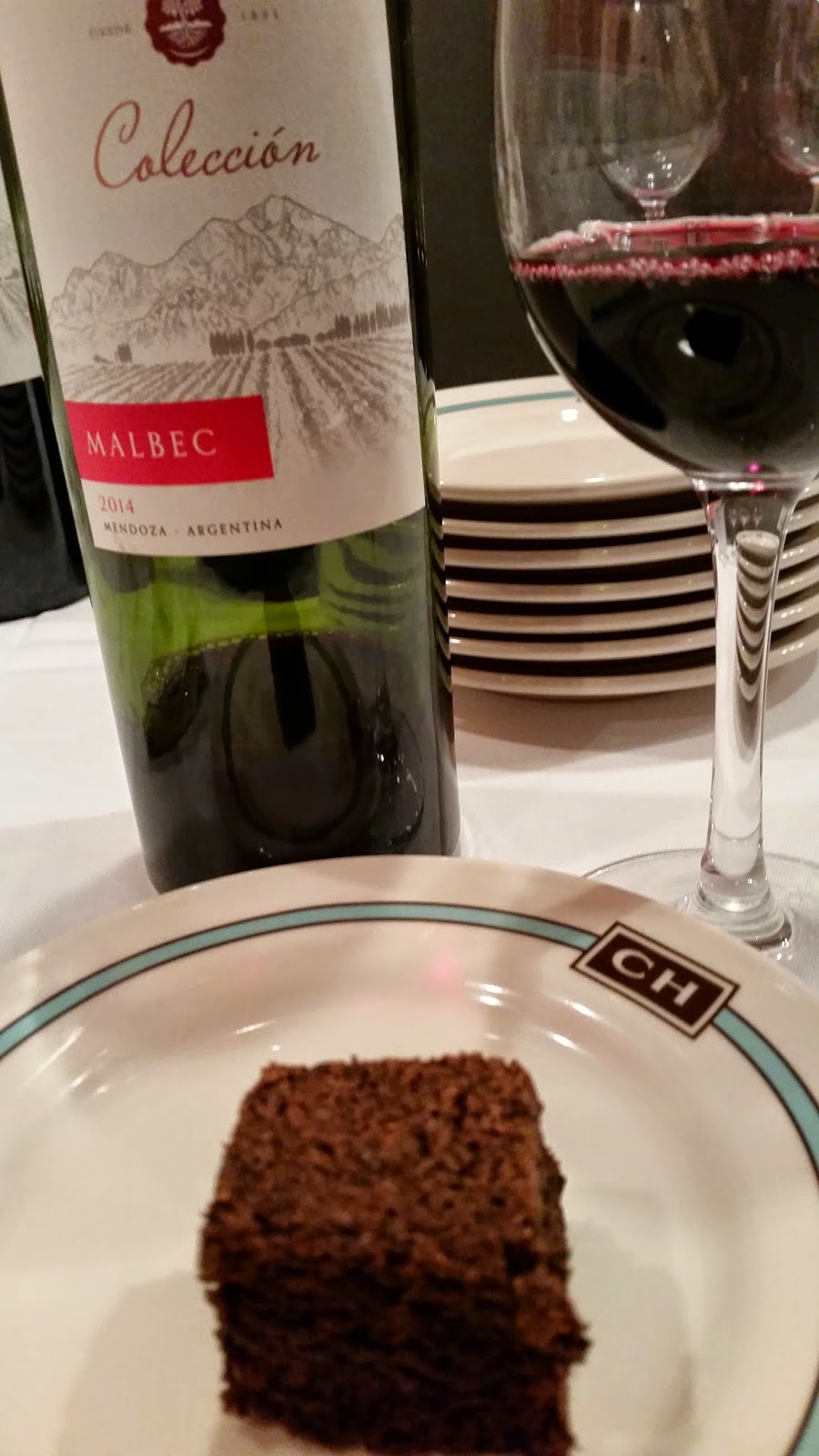 The next pairing was a Bourbon Brownie Petit Four with Smoked Sea Salt paired with 2014 Bodega Norton Coleccion Malbec.  No these weren’t the brownies we were inhaling during yoga. They weren’t warm. But that would have been awesome if they were! This pairing was by far the best of the evening.  The black cherry flavor in the wine combined with the brownie made a chocolate covered cherry explode in your mouth.  Where as the wine on it’s own was a little rough, the chocolate brownie made it shine.  SRP $7.00 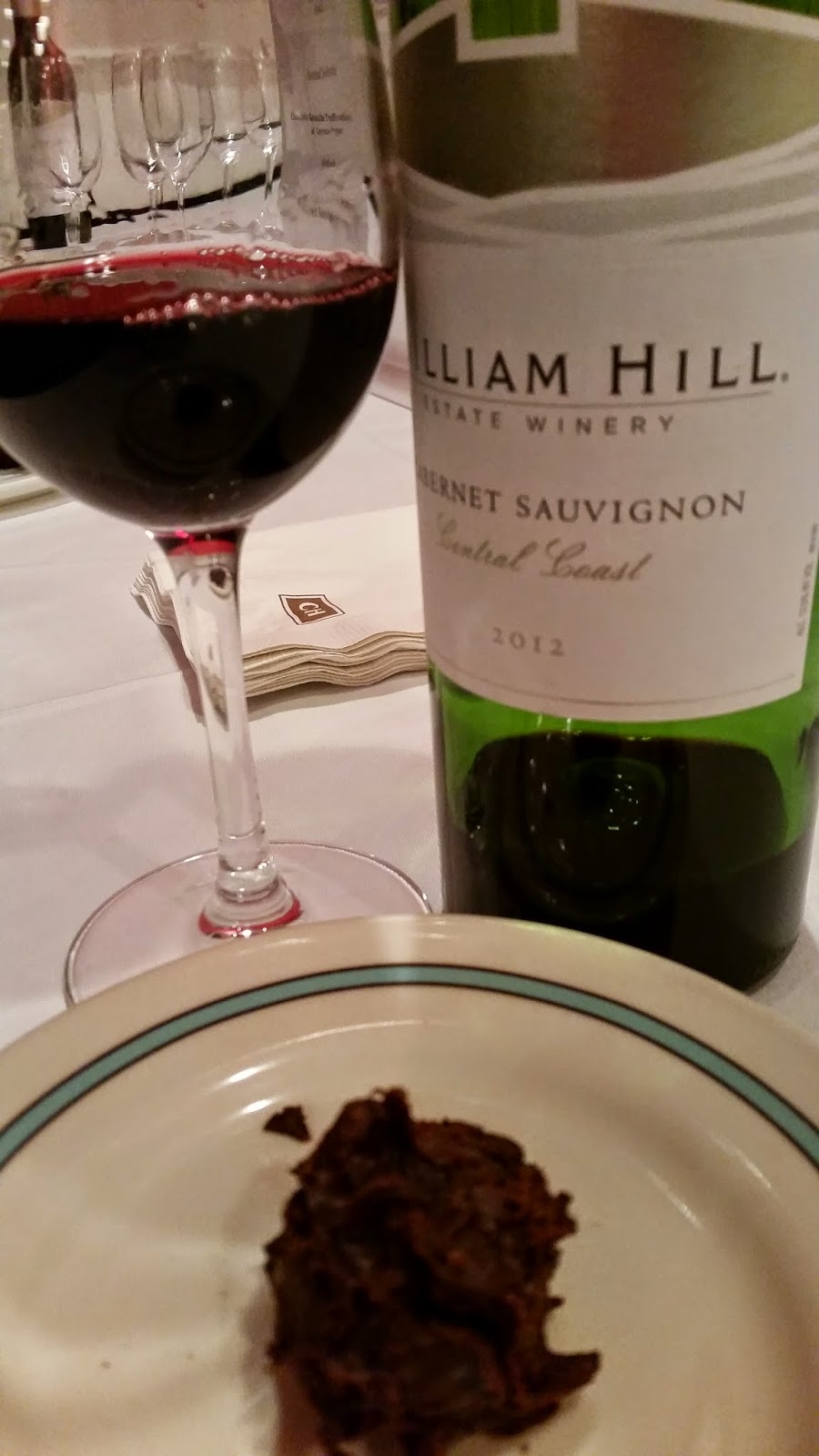 I think I died and went to chocolate heaven on the last pairing.  OMG the Chocolate Ganache Truffles with a touch of Cayenne Pepper was to die for.  Rich and creamy it just melted away in your mouth exploding with touch of Cayenne Pepper that lingers.  Incredible!  I wanted to box up a few and take them home for breakfast. These were paired with 2012 William Hill Winery Central Coast Cabernet Sauvignon.  A nice Cabernet that has a touch of Syrah and Merlot blended in.  The wine on it’s own was very enjoyable with aromas of blackberries and a hint of chocolate followed by a palate of black cherry and cassis. However with alcohol level of 13.5 combined with the Cayenne Pepper of the truffle you needed a fire extinguisher to put out the fire in your mouth.  SRP 12.99
If you are ever in the Congress Hall in Cape May, NJ and they are serving those truffles get them and get some to go home with.
I highly recommend a Yoga Wine & Chocolate class!