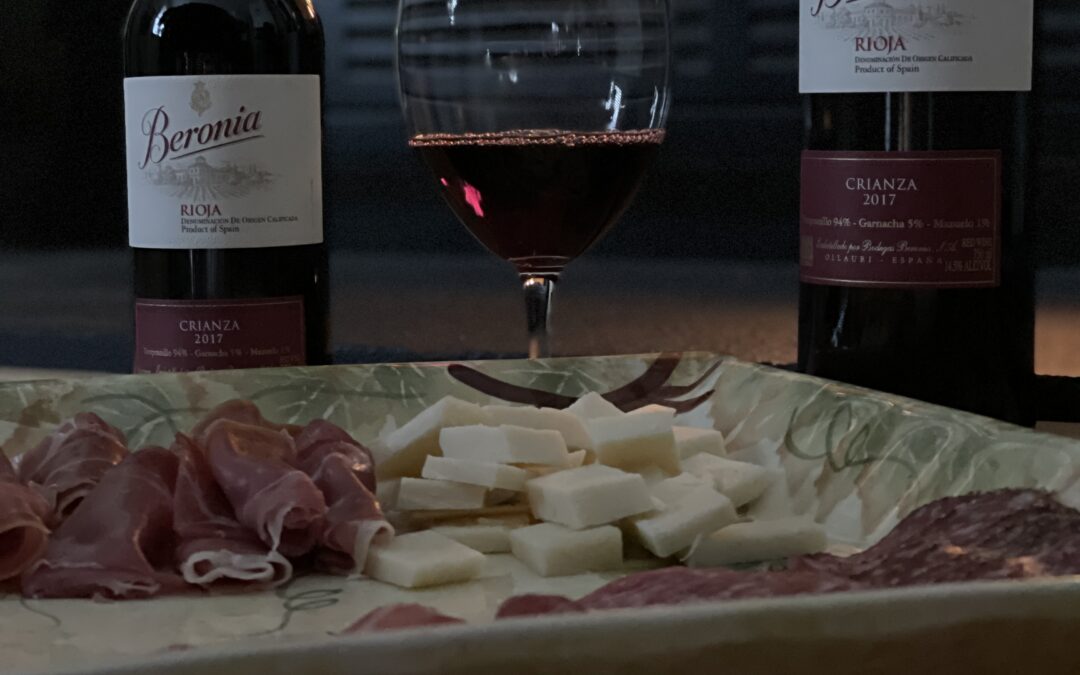 Let’s travel to Spain where in 1973 a group of businessmen from the Basque region of Spain who are friends would travel to La Rioja every year on holiday. Can you imagine the fun they had. They loved everything about the area so much, the food, the wine that they decided to open a winery. The purpose of the winery was to produce wine to pair with the food during the get-togethers of their gastronomic society (txoko) that they formed.

The name Beronia is named after the Berones who were warrior people of celtic descent of ancient Spain who migrated from Gaul to Iberia around the 4th century BC. They settled in the La Rioja region and lived close to the Cantabrian Conisci in the middle of the Ebro region between Tiron and Alhama rivers.

Bodegas Beronia is located in the village of Ollauri in the Ebro Valley in the heart of Rioja Alta. Rioja Alta features Atlantic climate and soil that consists of yesos, ferrous and aluvial clay soil. The Atlantic Ocean protects the region and the Ebro river gives the soil the richness of minerals that make the area a great home for vines.

Beronia farms 900 hectares in Rioja Alta. The average age of the vines are 30 years however, there are about 50 hectares that are over 60 years old. They are planted with the majority of Tempranillo with Garnacha, Mazuelo, Graciano and Viura.

I had the opportunity to taste Beronica Crianza 2017 and found it so food-friendly! It’s a blend of 94% Tempranillo with 5% Garnacha and 1% Mazuelo. The wine spent twelve months in barrels and then relaxed for three months before being released. Beautiful dark red in color. The wine shows aromas of dark cherry and black raspberry. The aromas are followed to the palate with a cinnamon explosion on the finish.

Spanish wines are such a great value, great-tasting and at great prices. Now that we are heading into the Spring and Summer, they go great with appetizers, burgers and barbecue. We paired the Beronia with a cheese plate followed by burgers.