What You Need To Know About Conegliano Valdobbiadene Prosecco Superior DOCG 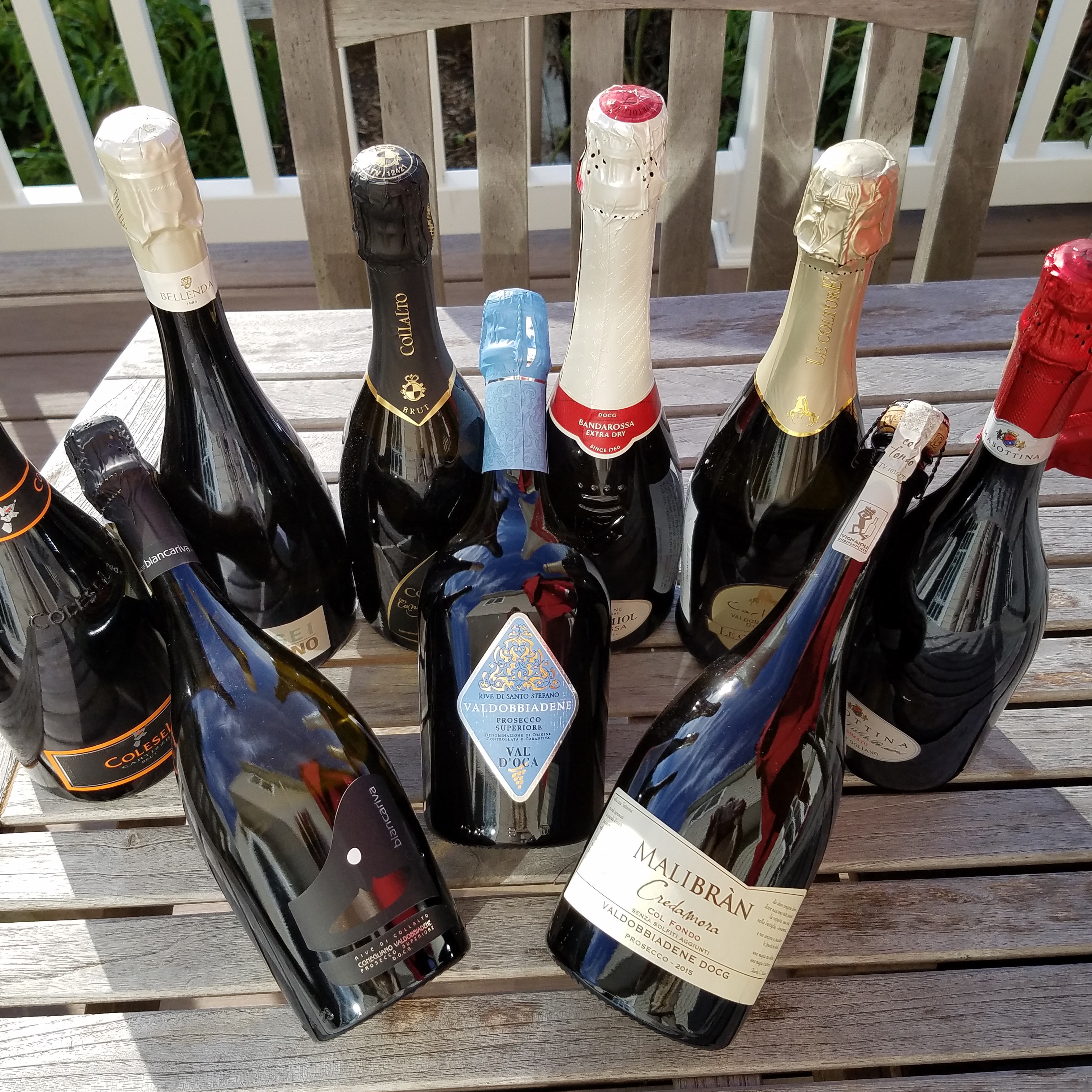 As you reach for that bottle of Prosecco this holiday season, reach for one with the DOCG label. Why? During the months of September and October I took part in a program all about Prosecco with #winestudio and boy was it an eye-opener for me. I wasn’t a big fan of Prosecco and I guess I just didn’t understand it. Not all Proseccos are produced the same. There are some from the DOC, some DOCG, some produced in the Charmat method some produced with the second fermentation in the bottle. How do you know what Prosecco you should purchase? As for the price, it can all be relatively just a few dollars apart in price but miles in quality. I previously wrote about Prosecco fermented in the bottle. If you missed it click here. 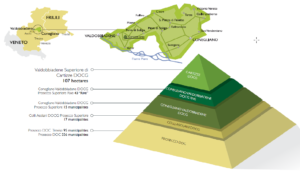 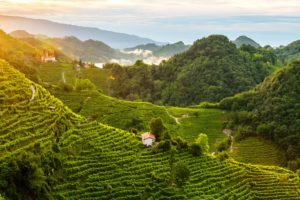 As we climb the Prosecco pyramid, nestled in Conegliano is the area or Rive. Rive wines are often obtained from the most precipitous high-quality vineyards. The term Rive indicates in local dialect, the slopes of steep hills that are the characteristics of Conegliano. In Rive, the area doesn’t refer to the steepness where the vines are planted, it refers to the distinctive combination of soil, exposure and microclimate. There are 43 single vineyards in Rive and the wine produced from them are some of the most terroir driven wines in Conegliano.You will find Processo produced from Rive are vintaged, hand picked and usually Brut or Extra Dry. The words Rive on the label followed by the name of the designation indicates a Prosecco Superiore made entirely of grapes from one of the designated Rive vineyards grown in a single commune or area. The restrictions are that to be labeled Rive, grapes must come from the prescribed area, maximum 13,000 kg/ha, be vintaged dtated and hand picked. 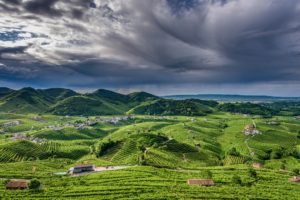 At the top of the pyramid is Cartizze, the most expensive vineyard land in all of Italy sometimes referred to as the “Grand Cru” of Prosecco. Superiore di Cartizze is produced in a well-defined area of 107 hectacres of vineyards in Valdobbiadene and managed by 131 growers located on the south facing hillsides in the hamlets of San Pietro di Barbozza, Santo Stefano and Saccol. The glera grapes coming from Cartizze are riper which gives the Prosecco a more fuller, rounded flavor profile. The sandstone and clay soils allow the grape to achieve full maturation and with an unusual concentration of aromas. To be called Superiore di Cartizze it must be Spumante. The prices are generally more expensive due to the limited acreage and difficulty of harvest. Unfortunately there is limited imports of the Cartizze to the United States. 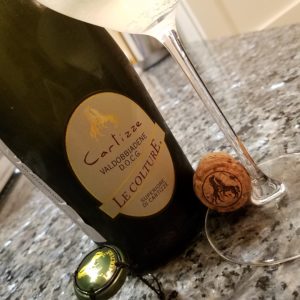 Le Colture di Cartizze Dry Valdobbiadene Superior DOCG – Rich, complex and flavorful with fresh peach, lemon, orange peel, white flowers and minerality. As it warms in the glass you can tastes the ripeness of the grapes.

As you reach for that bottle of Prosecco this holiday season, look for the ones labeled DOCG.  – Happy Holidays!