If you saw my previous post leading up to Millbrook’s Harvest Party, you will see that of all these years I wasn’t able to attend due to scheduling conflicts.  Well this was the year, the year I had nothing on my calendar Saturday, October 18 so guess what I attended? I can’t believe it took all these years to get me to this event.

What began as a cloudy and bit chilly day turned out to be beautiful afternoon dining on dishes prepared by the chefs of the Culinary Institute of America and paired with the great wine from Millbrook Vineyard & Winery.

Not knowing what to expect and having no expectations, I was floored!  I felt like I was attending a wedding, best was I didn’t have to bring a gift and actually received one. 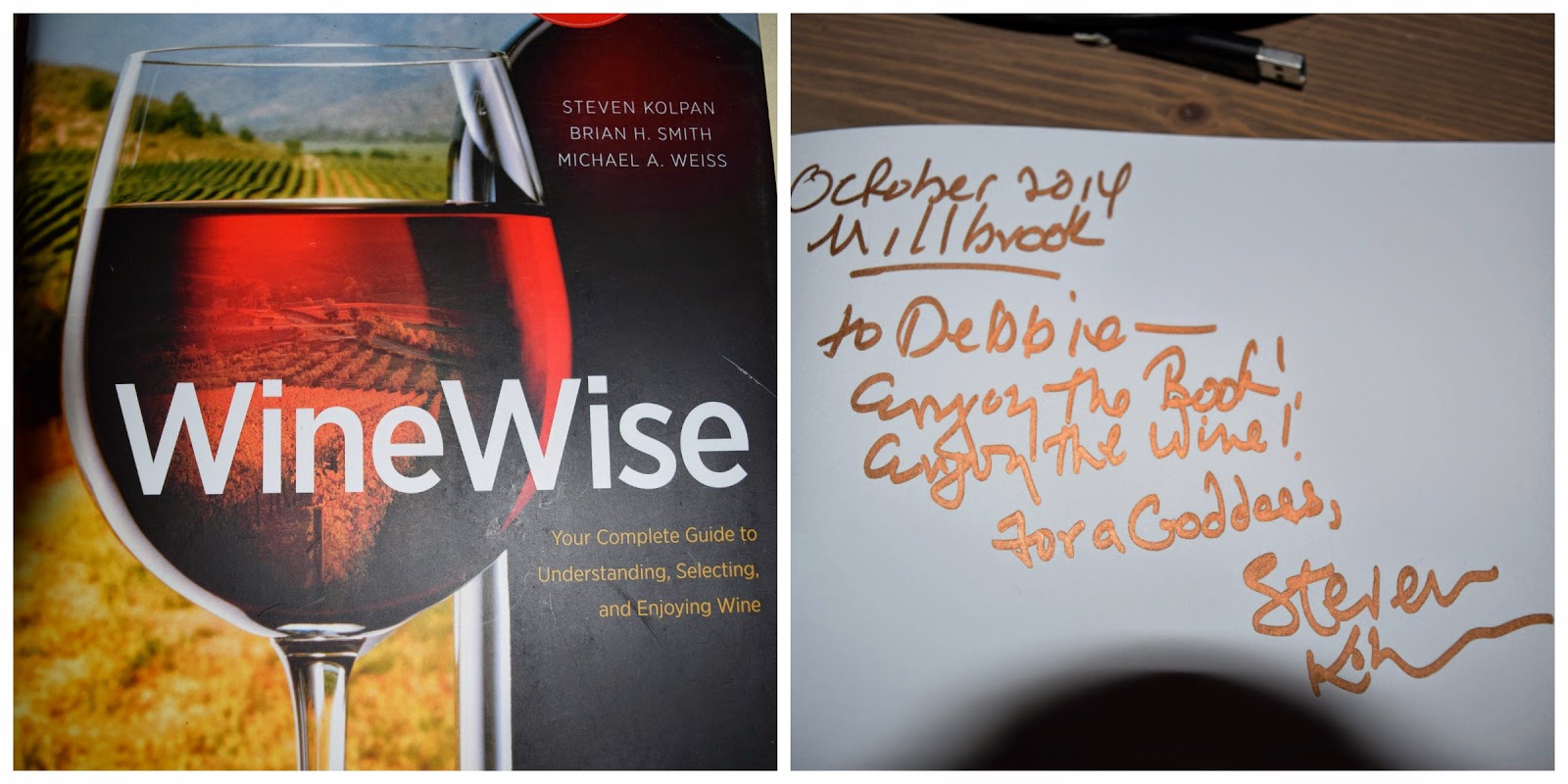 Every person or couple attending received an advance copy of WineWise by Steven Kolpan, Brian H. Smith and Michael A. Weiss.  I am privileged to personally know Steven, have known Brian (sadly he has passed) and got to listen to Michael address the crowd with his humor as he is a great speaker on wine. 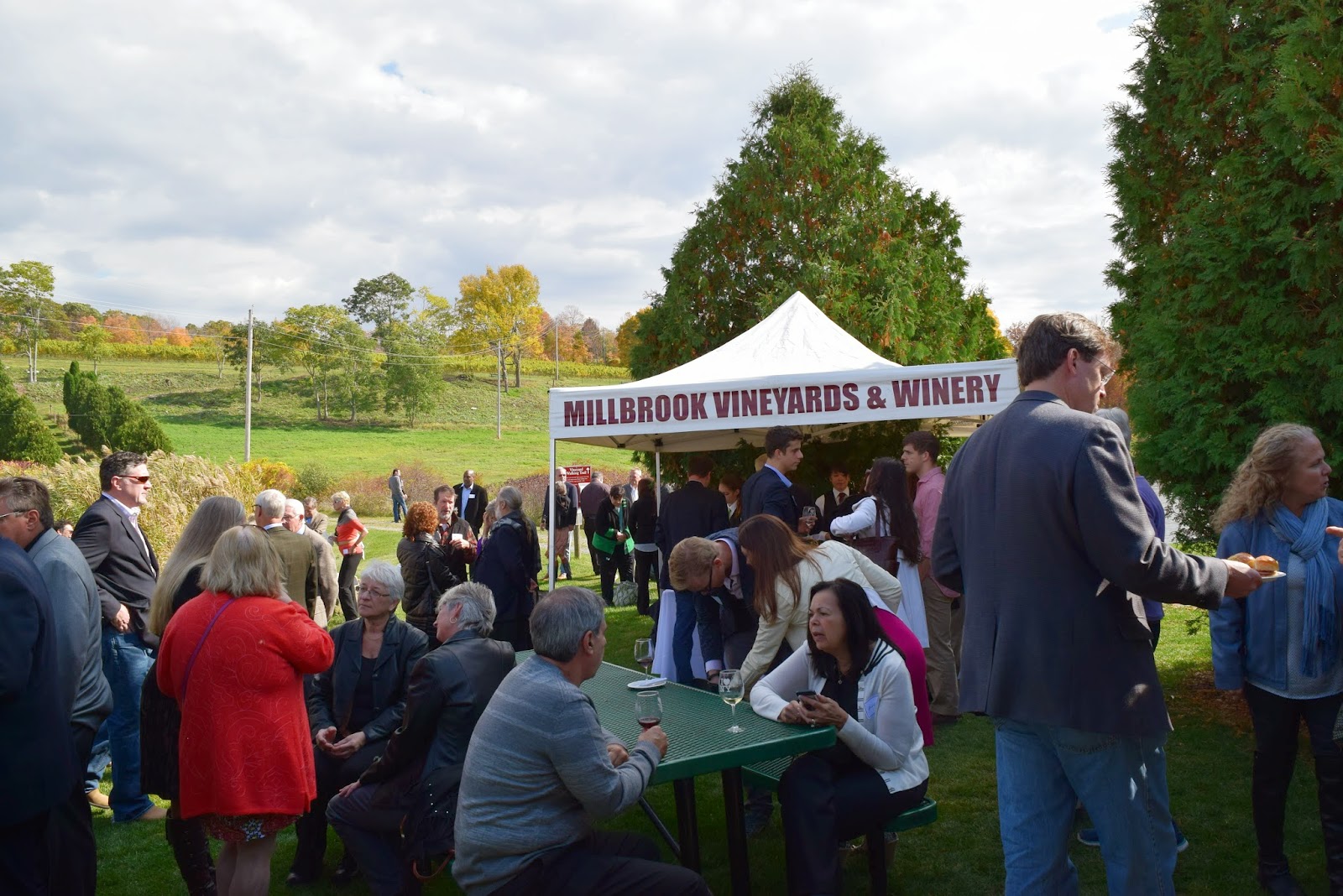 The afternoon began with wine and appetizers by the pond.  Not knowing if I would know anyone attending, I ran into Jerry and Janet from The Valley Table. I have known Jerry and Janet for a long time and it was great to catch up with them.  Their publication is a great link to the farm to table movement in the Hudson Valley and they are the creators of Hudson Valley Restaurant Week. (Which begins November 3)

After an hour or so we were ushered over to the tent for the wine pairing.  When I say it was like a wedding, we all had table cards (assigned seats) there was even a table challenge to see if our table was “WineWise.” A game to be played.

The pressure was on for my table.  But I think we were disqualified because Paul is a winemaker, we sat with Paul Gatti, Millbrook’s Cellar Manager, but Lydia, and MaryKay from Dutchess Tourism was insistent that we (I) fill out the quiz.  I did, everything but the Team Essay, Haiku.  That I deferred to them. 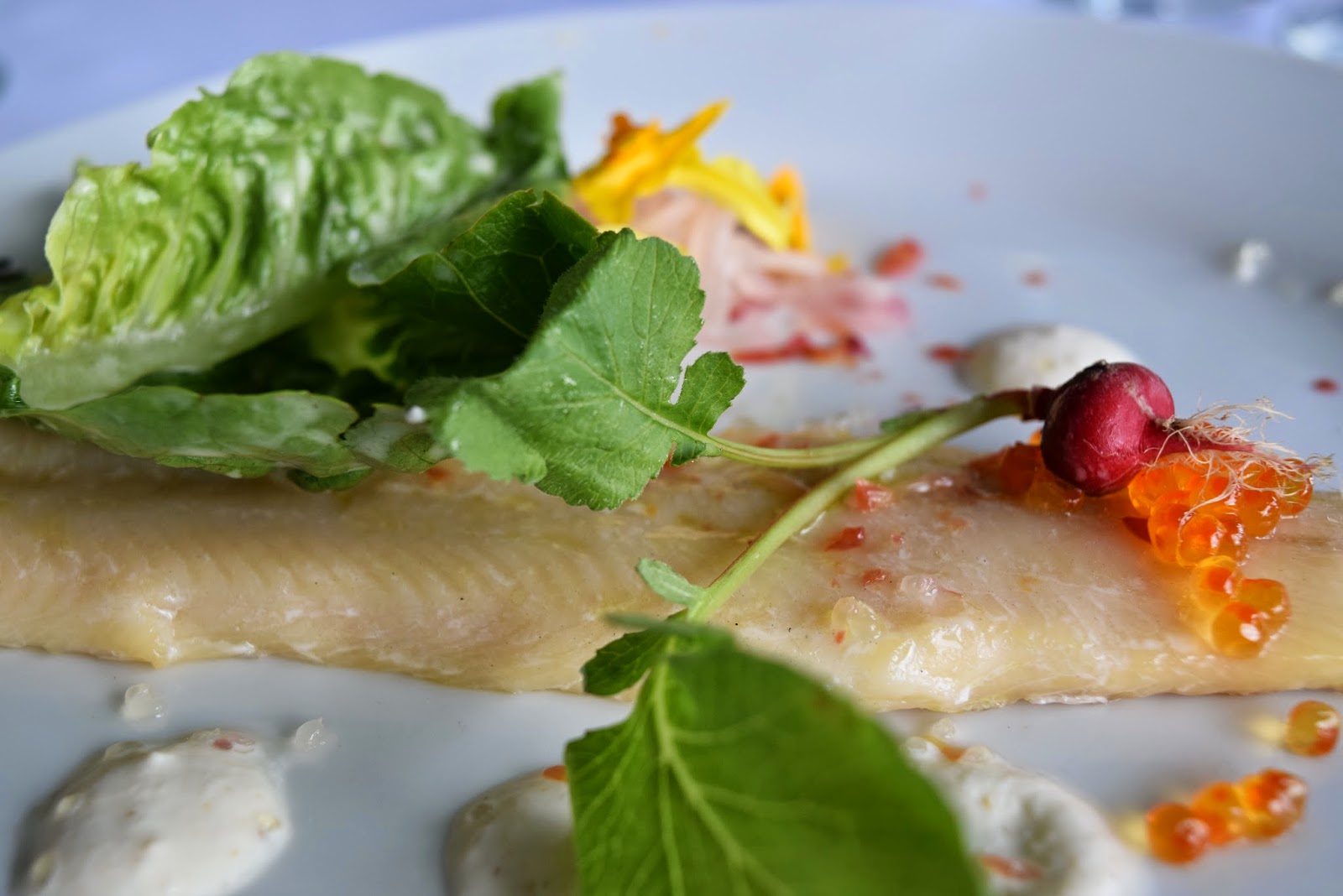 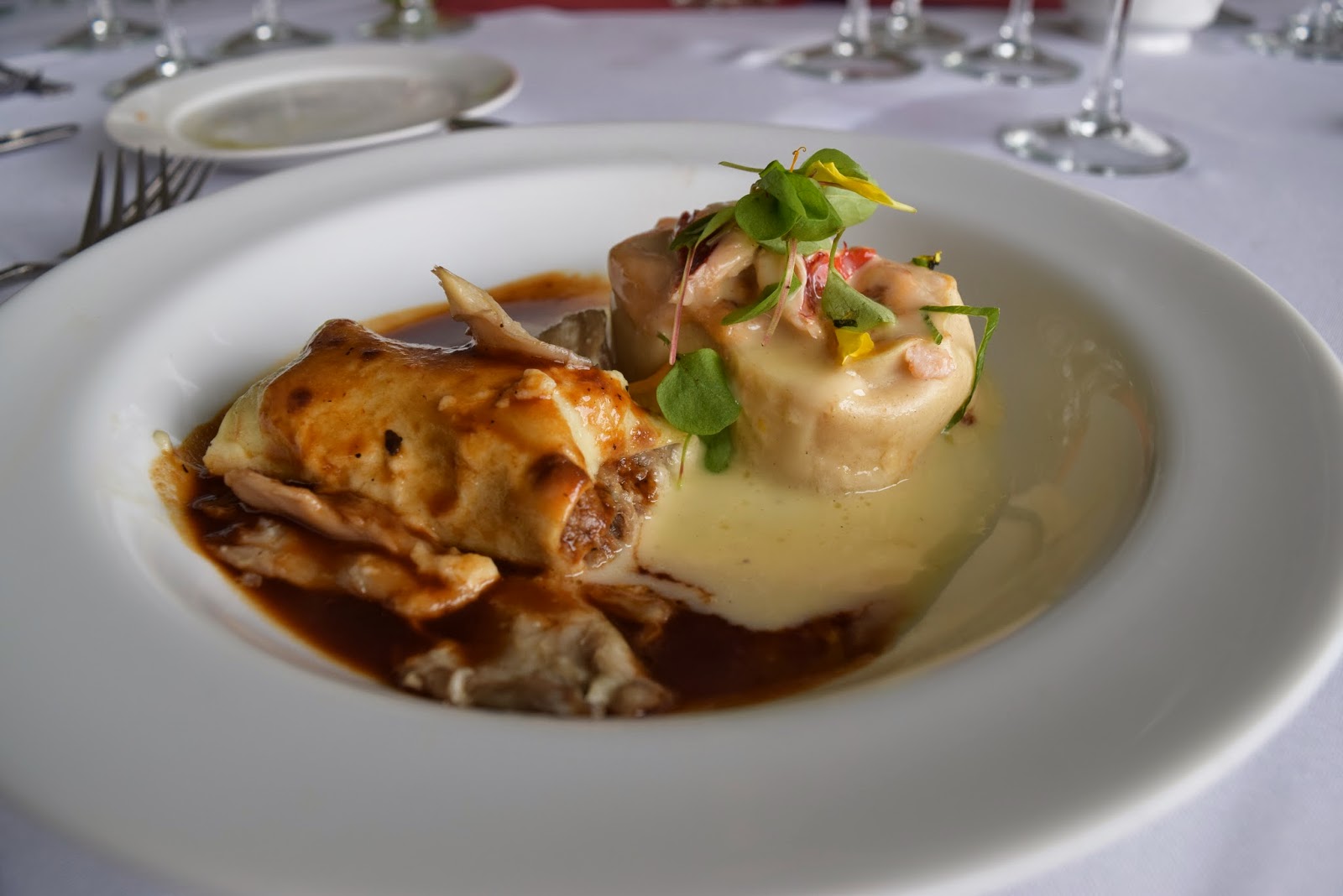 Second course was prepared by Ristorante Caterina De’ Medici, Cannelloni with Braised Beef & Lobster paired with 2012 Millbrook Chardonnay Proprietor’s Special Reserve and 2014 Millbrook Pinot Noir.  This I have to say was my favorite.  Amazingly, each of the flavors from each of the Cannelloni’s stayed within each other. The pairings fantastic! This was my favorite dish of the day. 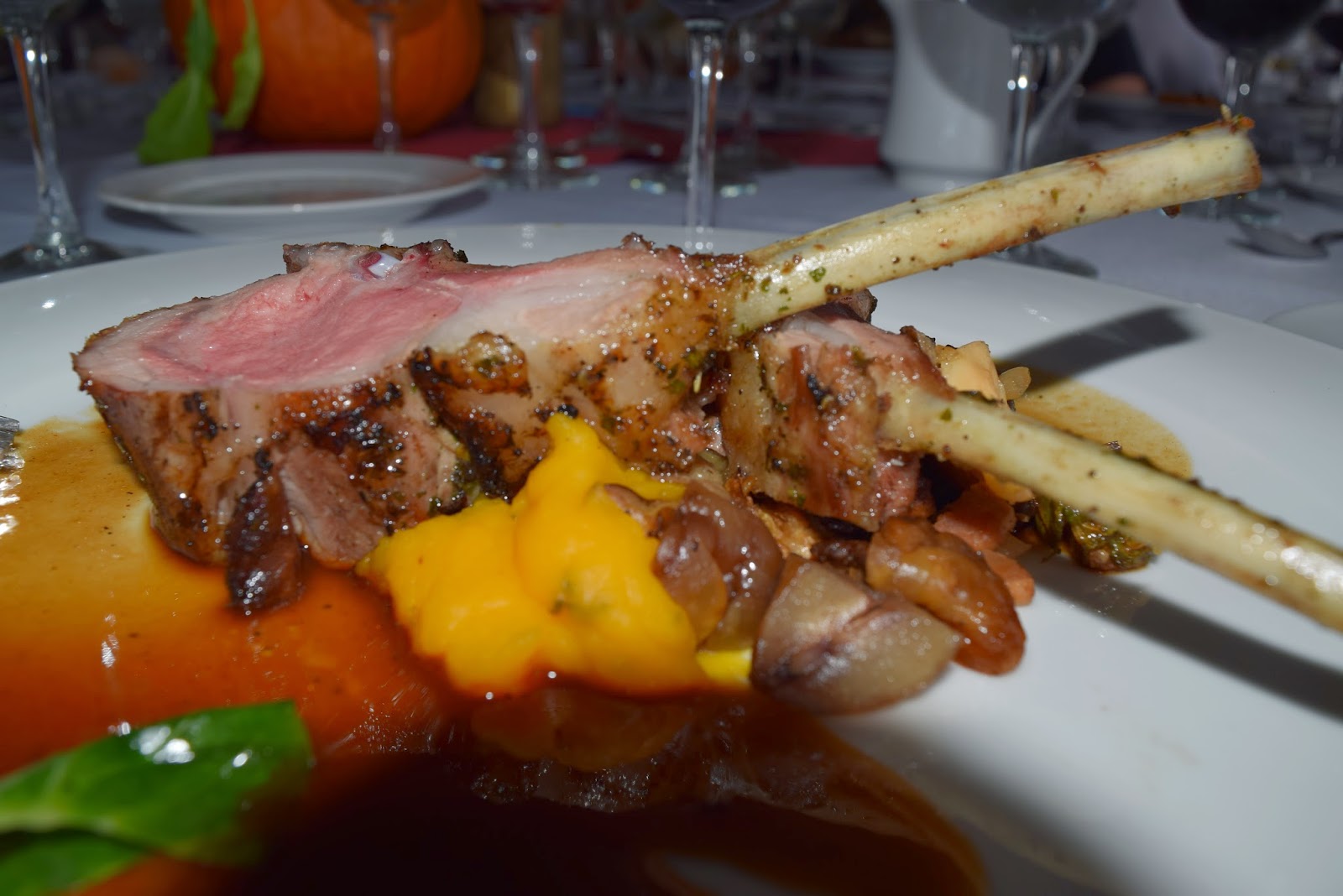 I have to laugh for the third course pairing. If you ever followed my posts on the CIA Winter Dining Series, one year I attended 4 dinners and each of them we were served lamb.  The third course was prepared by the American Bounty Restaurant which paired Grapevine Grilled Rack of Lamb, Wild Mushroom Ragout, Brussel Sprouts with Chestnuts, Parsley Oil, Cabernet Jus with Millbrook’s 2012 Cabernet Franc, Proprietor’s Special Reserve. The lamb and pairing was great, but I have to ask what is the lamb connection and the Culinary? 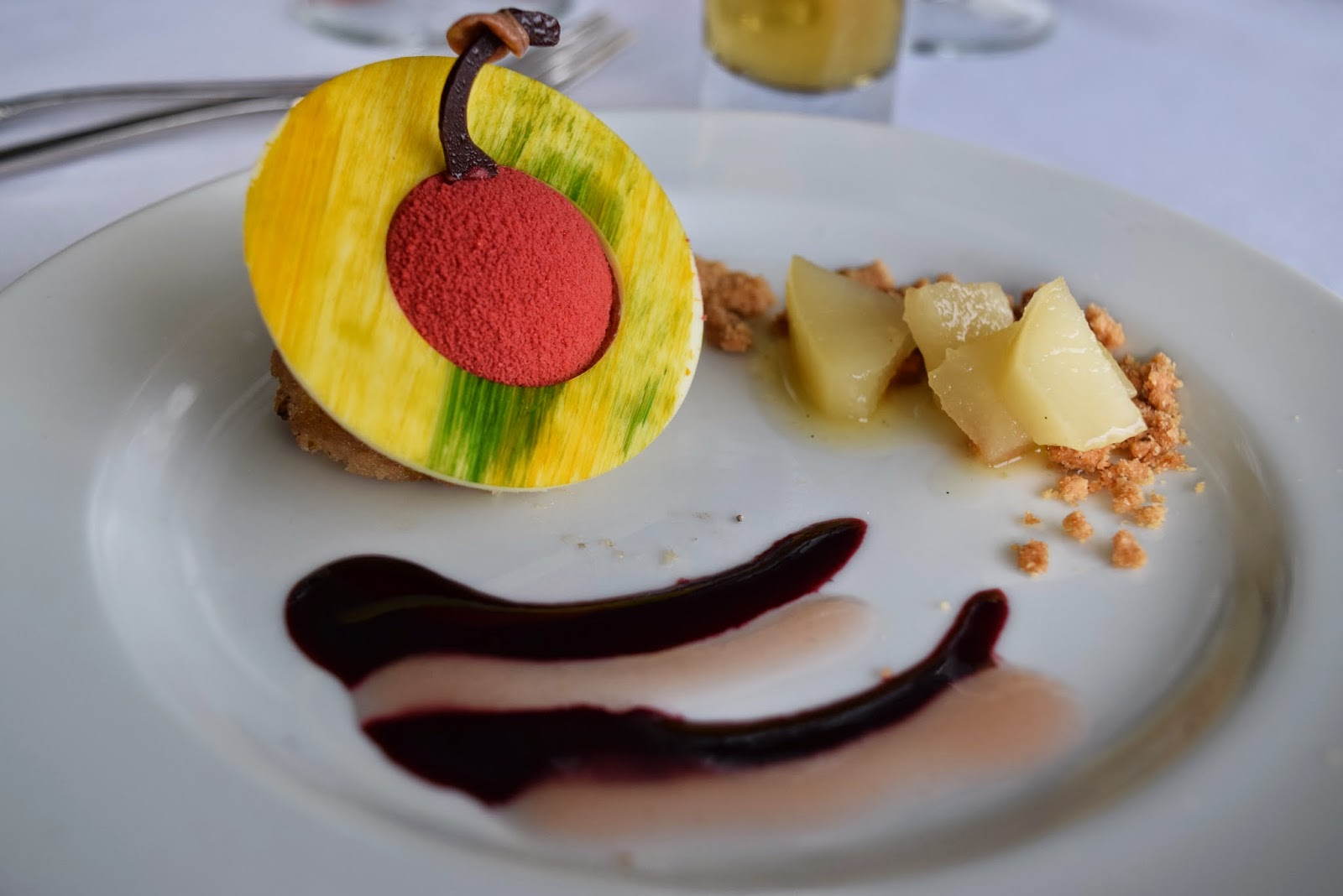 Dessert was prepared by the Apple Pie Bakery Cafe.  If you are ever in Hyde Park, you can drop in at the Apple Pie Bakery and pick up a sweet, or lunch, no reservations required.  Dessert was Milk Chocolate Marquis with Apple Butter Center & Warm Local Pear Compote paired with Millbrook’s first Ice Wine a 2013 Riesling.When you go to these events, you wonder who you’ll meet.  Well, after posting a picture on Instagram I saw that Veronique Deblois aka @foodwinechickie was also at the event.  One tweet over to her and she said was three tables away.  It was great to meet her in person! Hopefully I’ll see her at other events. Oh social media, what did we do before you existed?

In all, the Harvest Party at Millbrook Vineyards & Winery is a must!  I just can’t believe it took me so long to attend or should I say, clear my calendar.