Lugana and Turbiana the Jewel of Lake Garda 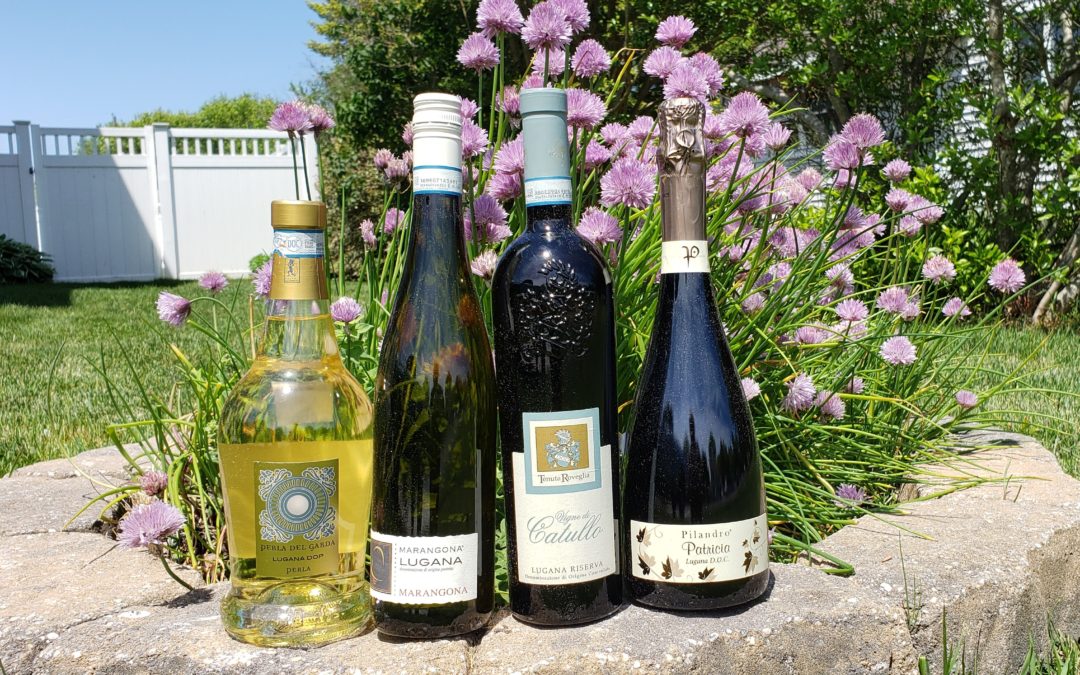 Nestled on the southern shore of Lake Garda is Lugana DOC. I spent Tuesday evenings during the month of June learning about Lugana and the Turbiana grape on #Winestudio. Over the next few weeks I am going to share with you this wonderful region and their wine.

For the moment, picture yourself sitting on the shores of Lake Garda, Italy’s largest lake and one of the deepest in the world. During the Riss era it was covered by a large glacier. After the glacier retreated it left deposits of rock in a mix of pebbles, clay, silt and sand. In addition the glacier left a layer of clay over the morainic soil. The calcareous clay soil contains lots of mineral salts and sand is some of the areas. Looking at the large lake you’ll see windsurfers to the north and wine made with the Turbiana grape to the south.

Lugana DOC actually covers two regions – Lombardy and Veneto with a total of 5 communes: Desenzano, Sirmione, Pozzolengo and Lonato in Lombardy and Peschiera del Garda in Veneto. In 1967 Lugana was one of the first wines in Italy to be awarded Denominazione di Origine Controllatta (DOC) status. Currently there are approximately 120 member of the Consorzio of Lugana producing the 5 styles of Lugana wines from the Turbiana grape.

Think of Lugana wine = Turbiana grape, a white wine in 5 styles. Regulation has it that the wine has to be produced using 90% Turbiana, but most wines are 100%.

Lugana DOC – This is the keystone wine that covers 90% of the DOC. These wines are young and released a few months after harvest.

Lugana Riserva – These are age-worthy wines and must be aged for 24 months before released. Six of those months must be spent in the bottle.

Lugana Vendemmia Tardiva – This is your late harvest wines. The wine made in this style is made with “over-ripened” grapes. They let the grapes remain on the vine until the end of October, early November and then harvest them.

Lugana Spumante – Get out your saber, this is Sparkling Turiana maid in the Charmat method and classic method.

Lakes effect the growing regions and the grapes in numerious ways. Lake Garda is quite a large lake. The constant temperate breezes from the lake create micro climate with little differences between day and evening temperatures. These breezes also prevent frost during the crucial times of the growing season. This is called a climatic cradle and Turbiana thrives in this type of climate.

The lake created two different soil zones around it. The first zone covers Desenzano, Sirmione, parts of Pozzolengo and Peschiera. You will find wines from this zone with more minerality. The second zone covers the Tower of San Martino della Battaglia towards Pozzolengo and towards Lonato. The clays are sandier here and it is more hilly. The soil is more morainic with gravel. The wines produced in this zone will have more acid and volume and less mineral notes.

I got to sample a total of 5 wines from Lugana all made with the Turbiana grape. Below are two of the selections. Four of the wines were samples and one I found at Boutique Wines & Spirits in Fishkill, NY. The wines won’t break the bank! 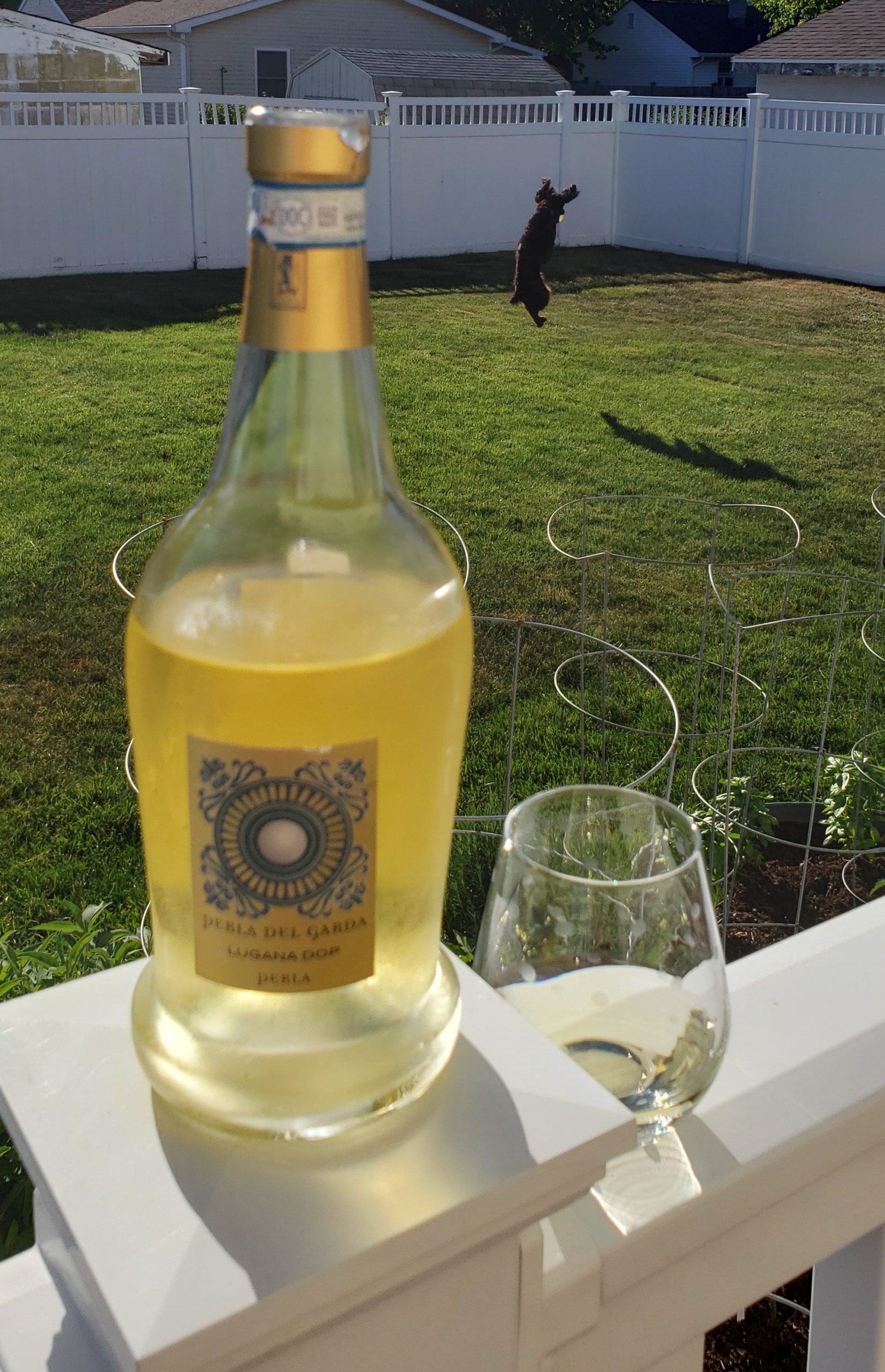 Perla del Garda Lugana DOP Perla 2018 – 34 hectares of vineyards are located south of Lake Garda between Desenzano and Sirmione. The grapes are hand harvested and brought over to the gravity-flow winery for processing. The specific vineyard where the grapes come from for this wine is located on the hills of Lonato del Garda about 500 feet above sea level. The average age of the vine is 20 years. The wine is aged in stainless steel tanks. This is the perfect spring and summer wine. Bouqet of white citrus, wet stone, hint of nuttiness leads to a mouthfull of pineapple, yellow peach and lemon zest on the finish.

Pilandro Patricia Lugana DOC Brut – This sparkling wine from Lugana is the perfect boating wine. The Lavelli family are three generations of winegrowers. This sparkling wine is made in the Charmat method, 100% Turbiana grapes. Nice and crisp with citrus and salinity. Perfect on the water.