Welcome to Winephabet Street Season 2 Episode 16- P is for Petite Sirah. Winephabet Street is a monthly series where Lori Budd of Draceana Wines and I work our way through the alphabet exploring wine and wine regions one letter at a time. The show is live on the third Monday at 8pm and is free, but you must register to attend. Put it on your calendar, pour yourself a glass of wine and hang out with us.

February was all about Petite Sirah. We had special guests Steve Tenbrink from Tenbrink Vineyards and his daughter Lisa Howard from Tolenas Winery. Steve is a big Petite Sirah grower and we did a deep dive into Petite Sirah.

First some facts on Petite Sirah:

Steve and Lisa go into the physical growing of the grapes. Talking about the cover crops, planting and the weather. The need to thin the grapes down. It’s all about what happens in the vineyard then comes the wine. 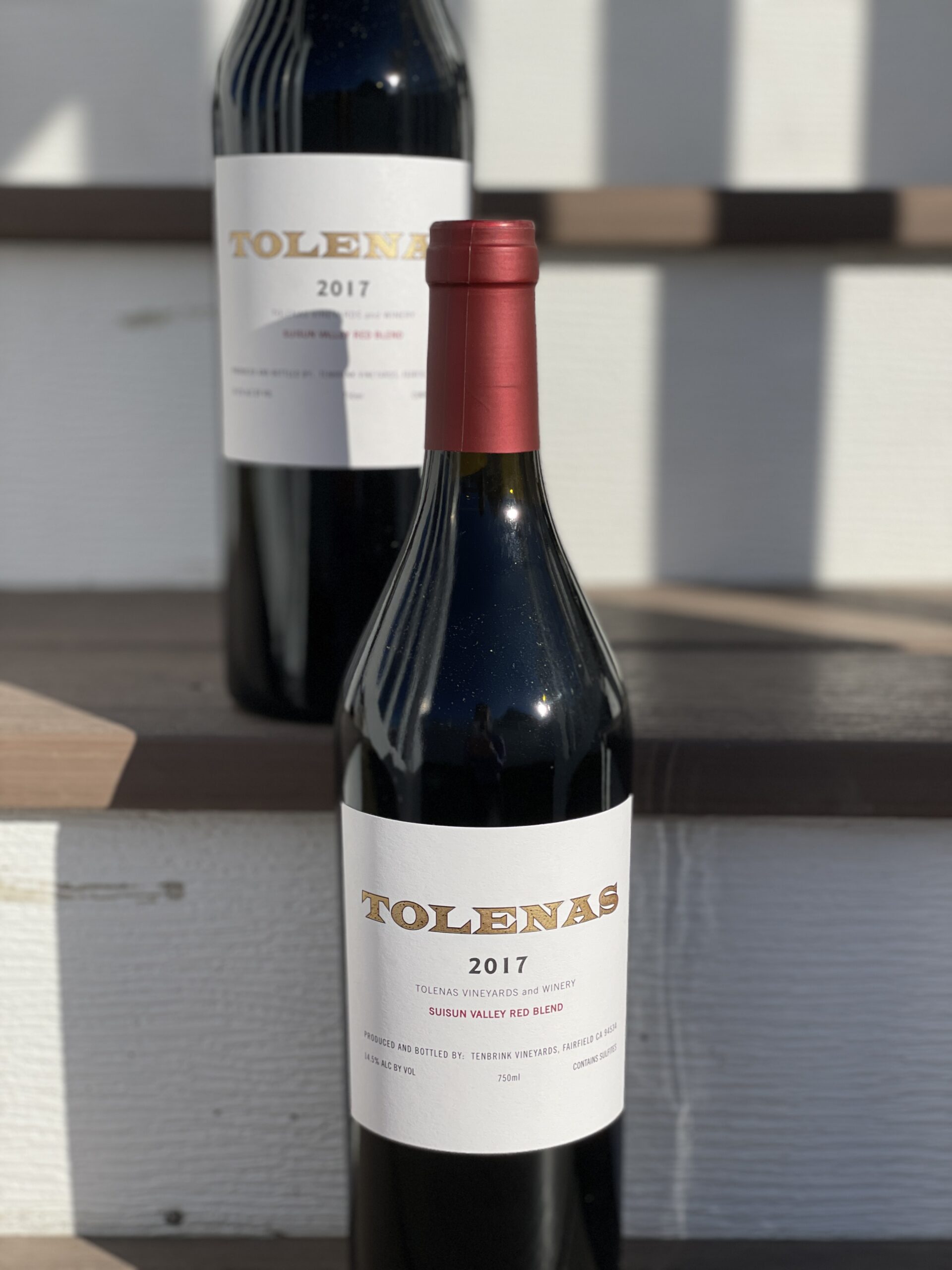 2017 Tolenas Suisun Valley Red Blend This is a blend of 50% Petite Sirah, 30% Cabernet Sauvignon and 20% Zinfandel. The wine is all pressed and aged on its own and then comes together in the bottle. The Petite Sirah is put in an 8 ton wooden fermenter. The wine gets gentle pump-overs and is fermented at a high temperature.

The wine has beautiful aromas of sweet herbs and blueberry leading to a soft and silky palate with notes of black cherry, blueberry and black plum. The tannins bit on the finish as the acidity brightens the palate.

Typically Petite Sirah is dark and inky – think purple teeth! It’s a big bold wine and can be very tannic. It has great structure and a unique flavor.

Listen to the podcast or watch the webinar. Unfortunately for this episode, I kept getting booted off. Weather, minor technical difficulties, but Lori carried on….

Listen to the Podcast